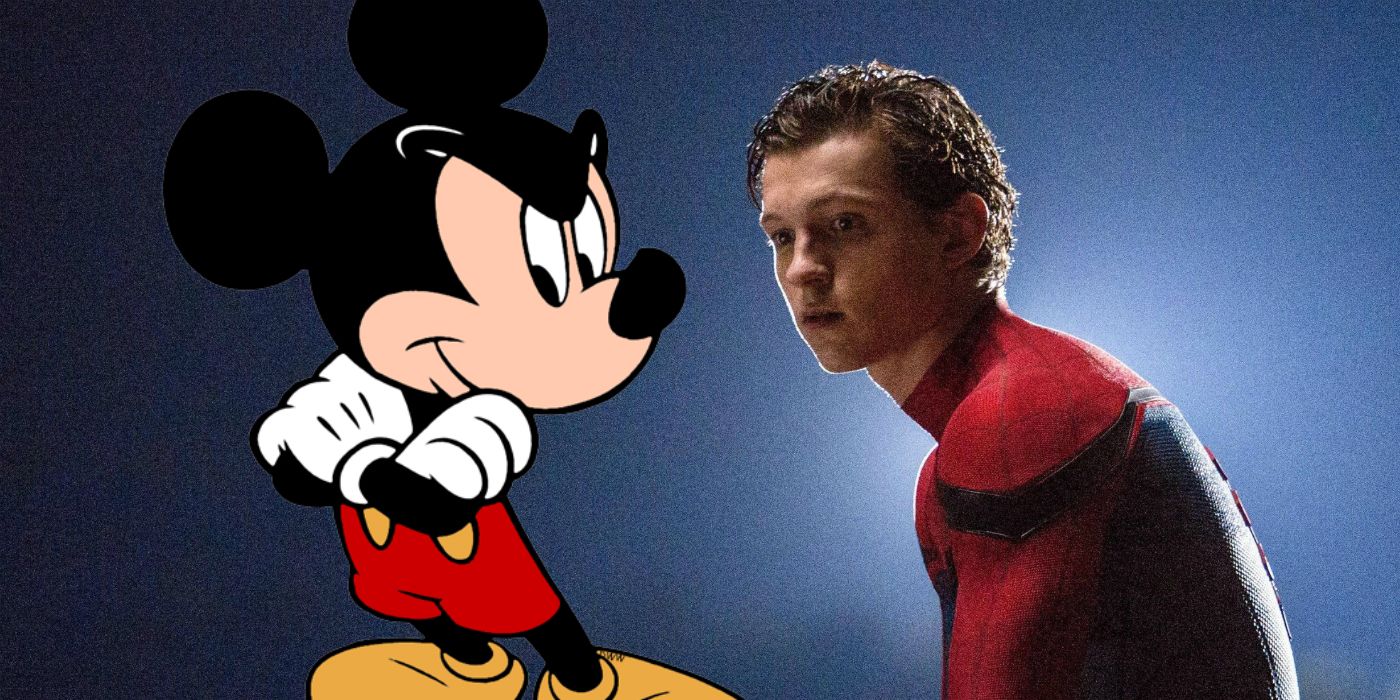 In one of the biggest cases of corporate irony, Disney‘s own copyright lobbying in the 1990s ultimately cost the MCU its Spider-Man. The last week has seen the dramatic breakdown of the Marvel/Sony deal, which allowed Marvel to reboot Spider-Man as part of the MCU. It’s probably the single biggest blow Marvel’s shared universe has suffered since it began in 2008, made worse because Spider-Man: Far From Home set Tom Holland’s Peter Parker up as the next Tony Stark.

Naturally, there’s a lot of blame to go around, and #SaveSpiderMan is trending worldwide; “Sony,” “Spider-Man” and “Tom Holland” are all trending topics. Even Jeremy Renner has taken to social media to appeal to Sony to come back to the negotiating table. And yet, while all attention is focused on Sony, the real reason Spider-Man can’t enter the MCU is rooted in changes to copyright law that were the result of Disney lobbying over Mickey Mouse.

Related: Spider-Man’s Exit From Marvel Studios Explained: Why It Happened & Who’s To Blame

Disney has long been fighting a running political battle to ensure the copyright license to Mickey Mouse continues for as long as possible. As a direct result of Disney lobbying, in 1998 Congress overhauled the copyright system to retroactively extend everything created between 1923 and 1977 to a 95-year term. That meant Mickey Mouse is safe at Disney until 2023, while Spider-Man won’t become public domain until 2057. In the long run, this has now resulted in a situation where Marvel Studios no longer has access to the superhero sometimes described as “Marvel’s Mickey Mouse.“

The CTEA was surprisingly uncontroversial back in the 1990s. Senator Hank Brown was in a minority when he wrote a 1996 report arguing against it; “The real incentive here is for corporate owners that bought copyrights to lobby Congress for another 20 years of revenue,” he complained. “Not for creators who will be long dead once this term extension takes hold.” But the opponents of reform were divided, each with their own agenda. In a bizarre twist, the biggest obstacle was an opportunistic side-campaign by the restaurant industry to get a broader exemption for small bars and restaurants to play copyrighted music in the background. Policymakers eventually agreed to pass the Fairness in Music Licensing Act to meet their demands, and the CTEA then passed without a hitch. Disney and the other corporate lobbyists were, naturally, delighted.

The CTEA became a lot more controversial after it had become law. An online publisher named Eric Eldred challenged whether or not it was constitutional for Congress to retroactively extend copyright. This gained much more public support than the unsuccessful campaign to block the legislation in the first place, with economists such as Milton Friedman, Ronald Coase, and Kenneth Arrow supporting him. Eldred failed, but in cultural terms his challenge seemed to prove something of a watershed moment. For the first time, the public became engaged with the debate over copyright and cultural and political experts draw a straight line between his court case and the successful campaign to block the Stop Online Piracy Act in 2012. Disney seems to be resigned to losing Mickey Mouse’s copyright in 2023, and there’s no evidence they’ve even begun to lobby for another extension.

And here’s the ultimate irony; if not for the CTEA in 1998, which was the direct result of Disney lobbying, the copyright for Spider-Man would have already expired. The wall-crawler would have become public domain on January 1, 2019, meaning Marvel Studios and Sony Pictures could both have made Spider-Man films. As it stands, barring another deal with Sony, Marvel won’t be able to use Spider-Man again until the late 2050s – and it’s all thanks to Disney.

More: Will Future Spider-Man Movies Still Be In The MCU? Here’s What We Know

The Skinny Confidential’s Lauryn Bosstick Shares Her Beauty Secrets and Answers the Questions We All Have
Furiosa’s Official Synopsis Confirms A Returning Mad Max Character And May Reveal Chris Hemsworth’s Role
Craig Conover and Shep Rose call Austen Kroll a ‘frustrating friend’
Piers Morgan guest has perfect response to host ‘debating’ trans people: ‘I’m not falling for it’
Following Johnny Depp And Amber Heard’s Defamation Trial, The Pirates Star Has Lined Up Yet Another Project