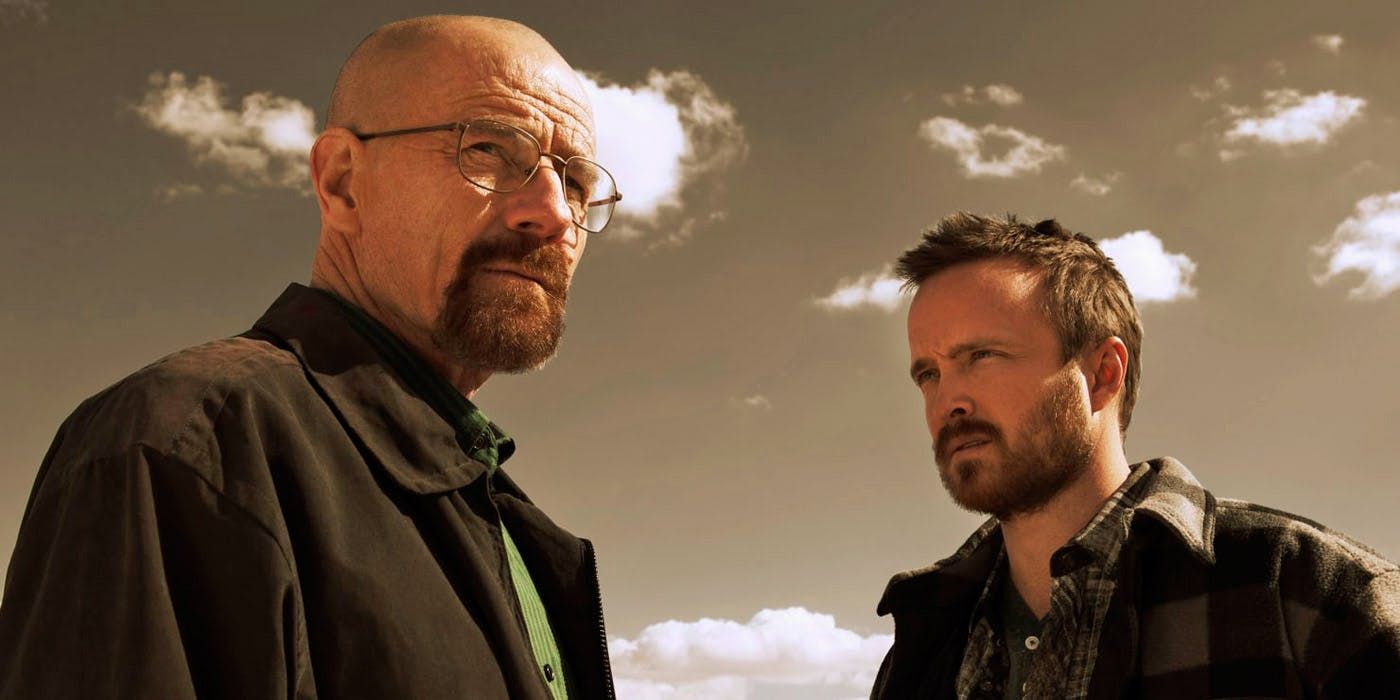 A Netflix leak may have confirmed the title and plot details for the Breaking Bad movie. Said to be a sequel following Jesse Pinkman, word of the project first came out last fall. Vince Gilligan was set to write and direct the feature, which reportedly included a number of Breaking Bad veterans in the cast. Despite all this, AMC never made any official confirmation about a Breaking Bad movie, leaving fans to wonder if it was actually going to happen. Cryptic teases from Aaron Paul and Bryan Cranston turned out to be for a Mezcal line, not a film or a TV show.

Recently, however, there was a surprising update. Breaking Bad and Better Call Saul star Bob Odenkirk revealed the Breaking Bad movie had completed filming in secret, without anyone knowing it was even in production. High-profile movies are no strangers to secrecy, but that’s an accomplishment Marvel and Star Wars would be envious of. Even with Odenkirk apparently slipping, AMC remained mum on the matter. But now, there’s been another leak that may confirm the Breaking Bad movie once and for all.

Spotted on the Better Call Saul subreddit by user saddadstheband is a leak of a Netflix page for El Camino: A Breaking Bad Movie. The synopsis reads as follows:

Fugitive Jesse Pinkman (Aaron Paul) runs from his captors, the law and his past. Written and directed by Breaking Bad creator Vince Gilligan.

This is more or less what people expected when the Breaking Bad movie first made headlines. The show’s final season ended with Jesse escaping and speeding off to his (presumed) freedom, but it sounds like life after Walter White isn’t too great for Jesse. In the movie, he’s apparently a wanted fugitive trying to evade captivity, and he’s almost assuredly still wrestling with his previous life as a drug manufacturer and dealer. Some of the things he did in Breaking Bad, like murdering Gale, haunted him on the series, and those wounds aren’t likely to heal quickly. It sounds like this has the potential to be an introspective, character-driven drama about Jesse overcoming his demons and finding a better life. Some commenters have mentioned el camino translates to “the path,” so perhaps Jesse is looking for the right path to follow.

Once again, all eyes turn to AMC and when they’ll actually make an official announcement. At this point, the Breaking Bad movie is one of the worst-kept secrets in the entertainment industry, ironic considering the great lengths Gilligan and company must have gone through to finish the film under cover of darkness. Hopefully, confirmation is made soon and fans can enjoy another compelling story in the Breaking Bad universe.