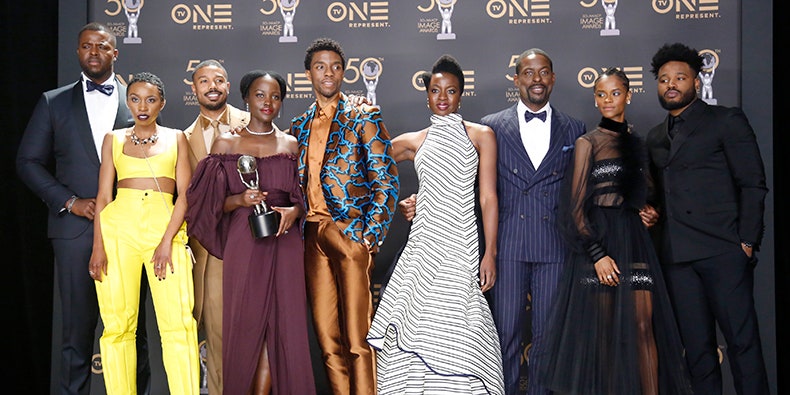 Black Panther director Ryan Coogler has announced the release date for the sequel to the Marvel comic book film at Disney’s D23 Expo in Anaheim, California. Black Panther 2—a working title—is set to premiere on May 22, 2022.

Black Panther grossed $700 million in the U.S., becoming the highest-grossing Marvel movie of all time—domestically—until being unseated by Avengers: Endgame. The film was nominated for seven Academy Awards, including Best Picture, and took home three, for Best Original Music Score, Costume Design, and Production Design.

Read “How Black Panther Composer Ludwig Göransson Found the Sound of Wakanda” on The Pitch, and see where the Black Panther soundtrack ranked on Pitchfork’s “The 50 Best Movie Soundtracks of All Time”