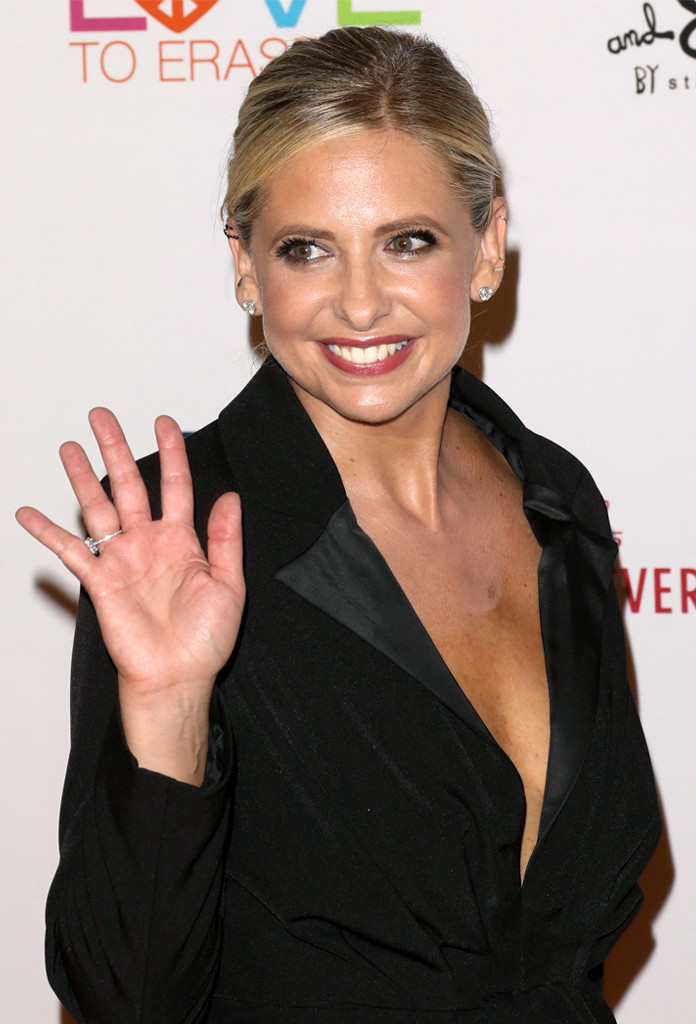 Buffy’s got a new gig.

Sarah Michelle Gellar is starring in and executive producing a potential new series, and based on the description, we’re going to need it in front of our eyeballs immediately. The show, currently in development at Fox, is an adaptation of the book Other People’s Houses by Abbi Waxman, and it’s created by Ringer creators Eric Charmelo and Nicole Snyder.

Other People’s Houses is described as “somewhere between Big Little Lies and Catastrophe,” which is quite enough right there to make us want it. The show is about nine people who live in Los Angeles’ Larchmont Village and will navigate “the emotional ups and downs of being parents, partners, neighbors, and friends,” through the lens of social media, per THR.

Gellar’s character is a mom and social media influencer named Anne Porter who is at the center of the drama that kicks off the whole story, which appears to involve an affair. Waxman’s book was released in April of 2018, so it’s the perfect opportunity to honor/skewer those influencers who currently rule over Instagram.

Since Buffy the Vampire Slayer ended in 2003, SMG’s last big regular TV role was on The Crazy Ones, though she regularly lends her voice to animated shows and starred in the ill-fated Cruel Intentions pilot in 2016, as well as the CW’s Ringer in 2011. She also appeared in the finale of The Big Bang Theory earlier this year.

Other People’s Houses is currently just a pilot in development, and Fox has a script commitment. The Lee Daniels drama Our Kinds of People, which is also based on a book, is also being developed for Fox’s 2020 schedule.

Gellar posted the news of the pilot on Instagram on Thursday.

“I’m so excited to finally tell everyone that I’m going to be re-teaming with Nicole Snyder and Eric Charmelo (and partnering with the incomparable Neil Meron) on a new project, set in the world of social media. Big things to come!!” she wrote.

Let us all just pray to the social media gods that this show gets enough likes to someday make it to our televisions.

Jennifer Lopez Announces First New Album in Nine Years, This Is Me… Now
Fifth Person Details Arcade Fire Frontman Win Butler’s Allegedly “Manipulative, Toxic” Behavior
20 Practical Gifts People Will Actually Want To Get for the Holidays
Why Queen Consort Camilla Won’t Have Any Ladies-in-Waiting
The Rock Gets Real About Stealing As A Teen And How He Tries To Redeem His 7-11 Actions Years Later