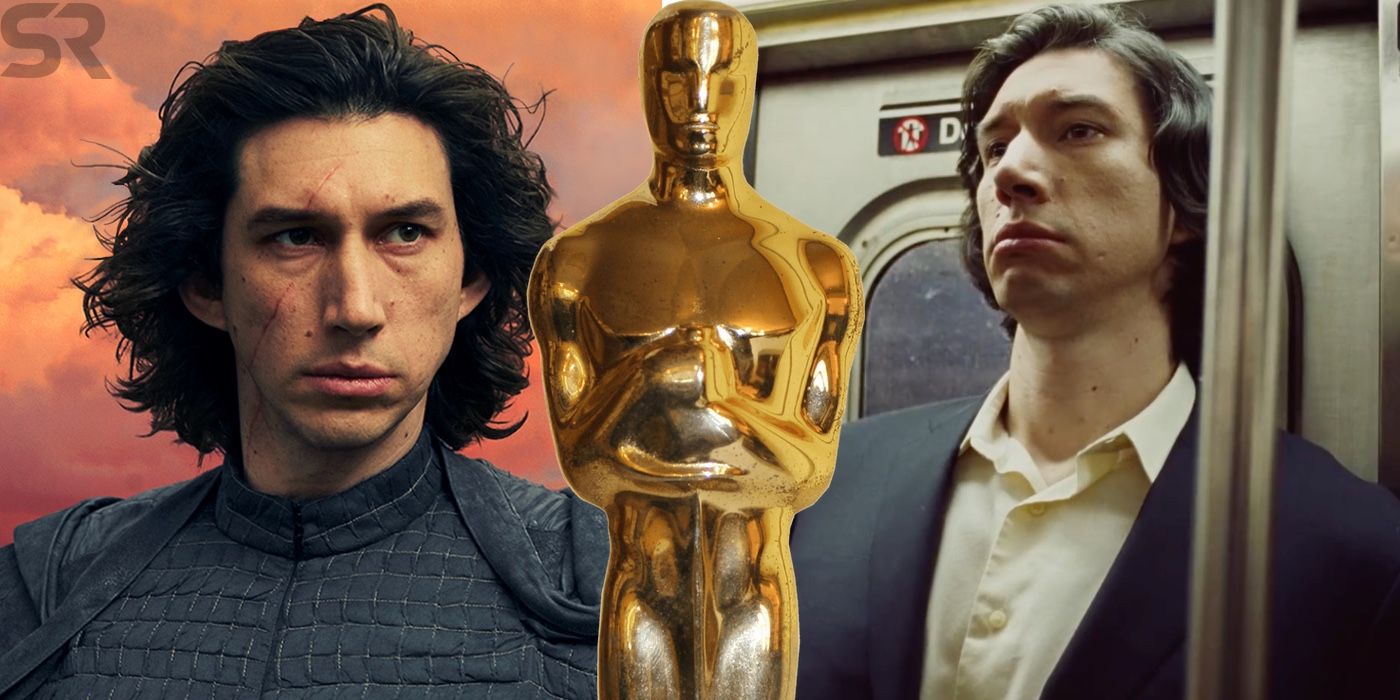 The 2020 Oscars represent Adam Driver’s best chances at a win to date. While he is best known to modern audiences as Kylo Ren in the Star Wars sequel trilogy, Driver was amassing an impressive filmography before he joined the galaxy far, far away. Prior to his first appearance in the Star Wars franchise, Driver had already worked with talented and prestigious directors like Clint Eastwood, Steven Spielberg, and Joel & Ethan Coen. He’s since complemented his big-budget fare by working with other famed auteurs such as Martin Scorsese and Steven Soderbergh.

Driver received his first career Oscar nomination last year for his turn in Spike Lee’s BlacKkKlansman, but lost to Mahershala Ali. It was disappointing for Driver’s fans to see him come up short, but cinephiles had a good feeling that wouldn’t be the actor’s only shot at Academy gold. That inclination turned out to be right, as Driver is front and center in a trio of high-profile projects this fall and winter. In addition to reprising Kylo Ren one last time in Star Wars: The Rise of Skywalker, Driver is headlining Noah Baumbach’s Marriage Story and Scott Z. Burns’ The Report. He’s gunning for another Oscar nod and he’s got as good a shot as anyone to win.

In Kylo Ren, Driver has helped deliver one of the best blockbuster movie villains this side of Heath Ledger’s Joker. Through the first two films in the trilogy, he’s brilliantly conveyed Ben Solo’s inner turmoil as the character struggles between the light and dark sides of the Force. Star Wars fans would love for Driver to be nominated for Kylo Ren, but the odds of that happening are low. Through the 10 theatrically released live-action Star Wars films to date, only one performance (Alec Guinness in Star Wars) has been nominated for an Oscar. The original film is the lone franchise installment to earn nods in any of the major categories. The Rise of Skywalker’s Oscar chances are mainly in the technical fields, and perhaps one last hurrah for John Williams to cap off his incredible contributions to the series at large.

If Driver is going to be nominated this year, Marriage Story and The Report are the likelier bets. In the former, Driver reunites with frequent collaborator Baumbach in what promises to be a heartbreaking and emotional portrait of divorce. Netflix has positioned Marriage Story as one of their priorities in the Oscar race, taking it on a tour of the fall festivals to generate buzz. In the film, Driver plays Charlie, a loving and caring father, in what looks to be another natural and compelling performance from the actor. For The Report, Driver showcases a different side of his range as Daniel Jones, a Senate staffer who spearheads an investigation into the CIA’s interrogation techniques after 9/11. The Report screened at Sundance earlier this year and drew comparisons to similar films like Spotlight and All the President’s Men, with Driver’s turn receiving much praise. Both of these movies have the potential to be major contenders, and if either goes the distance, Driver will be in the thick of the race. Hopefully, he doesn’t split votes with himself and misses out.

Sometimes, the Academy likes to reward actors who are having a “moment.” Jennifer Lawrence celebrated a big 2012 with the success of The Hunger Games and Silver Linings Playbook (for which she won Best Actress). Matthew McConaughey won Best Actor as the “McConaissance” reached its apex with Dallas Buyers Club and True Detective. Alicia Vikander won her Oscar for The Danish Girl the same year she broke out in Ex Machina and The Man From U.N.C.L.E. Simply put, starring in multiple buzz-worthy projects simultaneously is only good for an actor’s image and can help their Oscar prospects. Viewers know Driver has been around for a while now, but he’s poised to have a “moment” of his own headlining the holiday season’s biggest blockbuster and two smaller dramas. This isn’t to say Driver will never win an Oscar if he goes home empty handed this year, but it’s hard to envision him having as stacked a slate as this again. 2020 might be the best time for everything to fall into place for him.