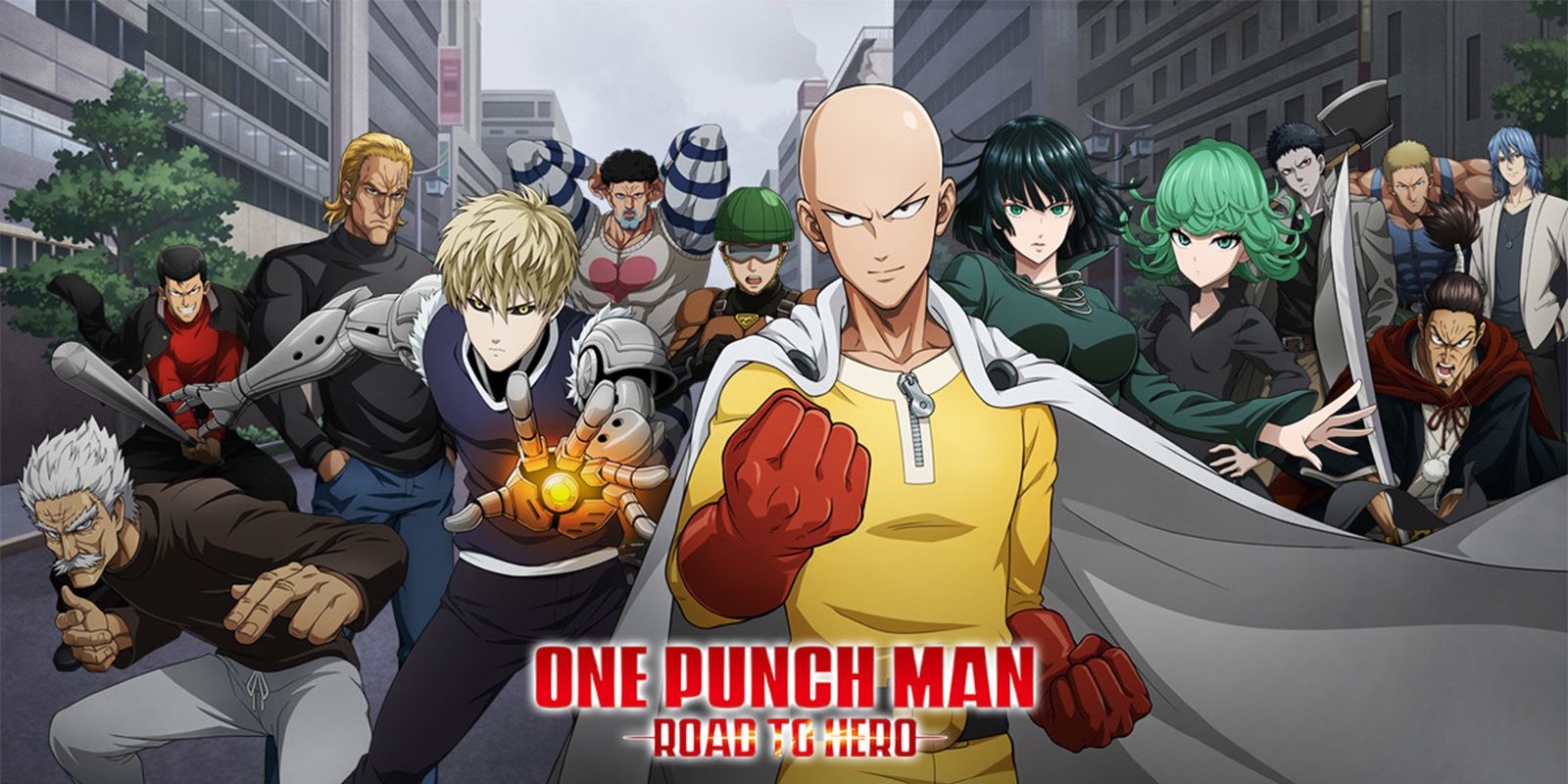 One-Punch Man: Road to Hero launched today for western audiences on the iOS and Google Play stores. The mobile game follows the storyline’s first season with dozens of chapters for players to overcome. According to publisher Oasis Games, the second season’s storyline will be included at a later unspecified date. Additionally, over 50 characters from the series will be included with the original Japanese voice cast reprising their roles.

For those unfamiliar with the One-Punch Man anime and manga series, it follows a hero named Saitama who, as the title implies, can defeat any foe with one punch. Ironically though, Saitama is a nobody in a world filled to the brim with conventional anime archetype heroes and villains. The series often has other characters taking credit for Saitama’s actions but he never really seems to care. Saitama’s only passion stems from his desire to find a suitable challenge that’ll test his abilities.

Related: What To Expect From One-Punch Man Season 3

One-Punch Man: Road to Hero is the first video game stemming from the popular series that’s been made available in the west. The game is standard gacha affair as players’ core focus will be on collecting the perfect team of characters as they continue to play. Those who utilize specific skills and character combinations will see the best results in battle. One-Punch Man: Road to Hero will include different battle modes that’ll warrant various team compositions so players will definitely have more than one. Battles are turn-based and each chapter plays out on a grid-based map.

Fans might be wondering how it’s possible to balance a character like Saitama in-game when he’s practically a god. To counteract this issue, Saitama isn’t a character that players will be able to collect, rather, they can call on him in battles where he’ll use special abilities in limited quantity. Players will have to use said abilities sparingly when they’re in a heated battle that’s not looking so good. Every players’ roster will be made up of supporting characters like Genos, Mumen Rider, Fubuki, and other members of the series’ “Saitama Group.” These characters can be leveled up and exchanged over time as players continue to collect more and more.

One-Punch Man originally started back in 2009 and has since become one of the most popular anime and manga series of the past decade. For those less interested in mobile titles, One-Punch Man: A Hero Nobody Knows will be releasing on consoles as a three-on-three fighting game. The second season of One-Punch Man debuted exclusively on Hulu and ended on a pretty weird note, leaving many fans eager for what’s coming next in the inevitable third season.