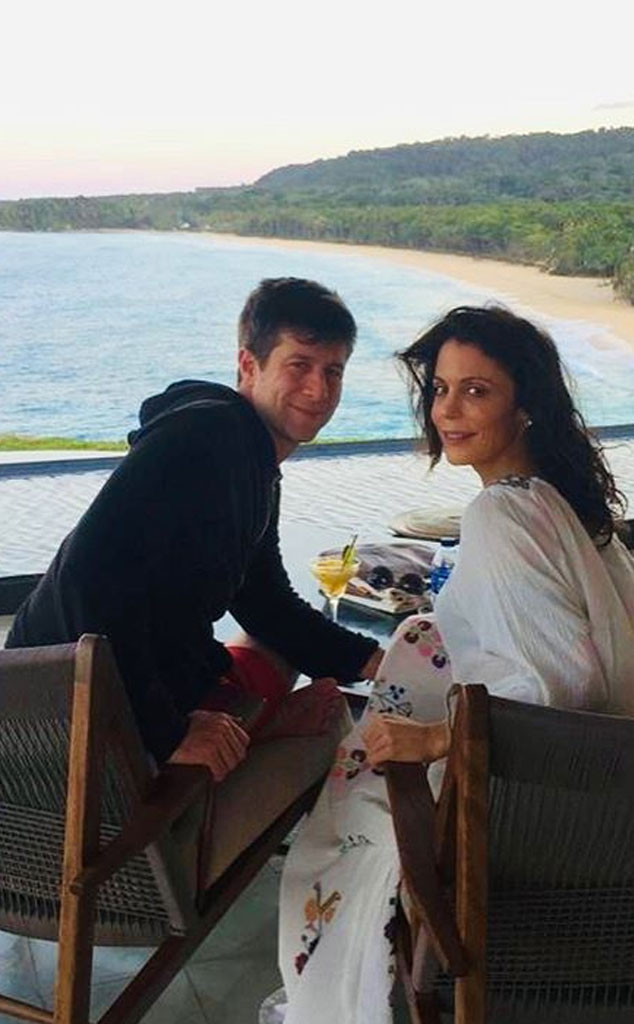 UPDATE: After a tweet from Bethenny Frankelhad the public speculating she had secretly tied the knot, it turns out she’s actually still married to her ex, Jason Hoppy. The reality star filed for divorce from Hoppy at the start of 2013 and it was confirmed as settled in 2016. However, “Jason and Bethenny are still technically married,” Hoppy’s attorney Robert Wallack told E! News.

“The judgment was never issued because an order of protection was issued by the Criminal Court which impacted the previously agreed to joint custody arrangement and Frankel subsequently brought an application to modify the agreement (which gave rise to a multi-day hearing),” Judge Michael Katz told E! News through a court representative.”

She addressed the speculation in her Instagram Story, telling fans, “I am not newly married. I am just the only—was the only legally married housewife on the Real Housewives of New York [City]…Believe me when there is something to tell you, I will tell you because you’ve been there for me and helped me through so many things.”

Two days ago, the longtime Real Housewives of New York City very unexpectedly announced her exit from the hit Bravo series ahead of its 12th season. Frankel appeared on the show for seasons one through three and seven through 11, making her a staple original figure on the longtime show.

“I am so grateful to you for sticking with me through everything. You started this journey with me in my tiny apartment in my late 30s, wondering what would happen to me. I was broke, single, had no family and no idea what the future held,” she wrote in a note to fans on Instagram.

As she concluded her lengthy note, “GO for it. Whatever it is. Reach for your dreams in life and love and make the impossible happen, because it can happen and it WILL happen. Come from a place of yes and it’s yours for the taking. Thank you so much for your love and support. And stay tuned, you haven’t seen the last of me. There are many amazing things to come.”

Perhaps one of those amazing things is…secretly tying the knot? Early Friday, Frankel tweeted out well wishes to her fellow Housewives with a not-so-subtle bit of news sandwiched in.

“To my NY hwives: GO GET EM! I had to go since I’m the only one that is actually married…that’s how crazy this ride is,” she wrote. “You are all amazing, beautiful and strong. Spread your wings and fly! Xoxo”

While E! News has reached out to Frankel’s rep for some clarification, if Frankel isn’t joking around, that might mean she secretly tied the knot with boyfriend Paul Bernon.

Recently, the couple jetted off to Europe and vacationed together in Italy, where they celebrated his birthday.

“You are such a brilliant, sweet, beautiful, kind, hilarious person,” the mogul wrote to her man on Instagram. “You have enriched my life immeasurably. You make me laugh to the point of tears… You embrace my life, my spirit, my daughter, my career, my goals, and my choices. The very few people who truly know you are the luckiest people in the world. You have literally and figuratively saved my life. Peanut and I, and @biggysmallz, love you so much and are so lucky to have you in our lives. Have the most incredible day ever!!!! May all of your wishes come true!”

To my NY hwives: GO GET EM! I had to go since I’m the only one that is actually married…that’s how crazy this ride is. You are all amazing, beautiful and strong. Spread your wings and fly! Xoxo @ramonasinger @CountessLuann @TinsleyMortimer @SonjatMorgan @dorindamedley