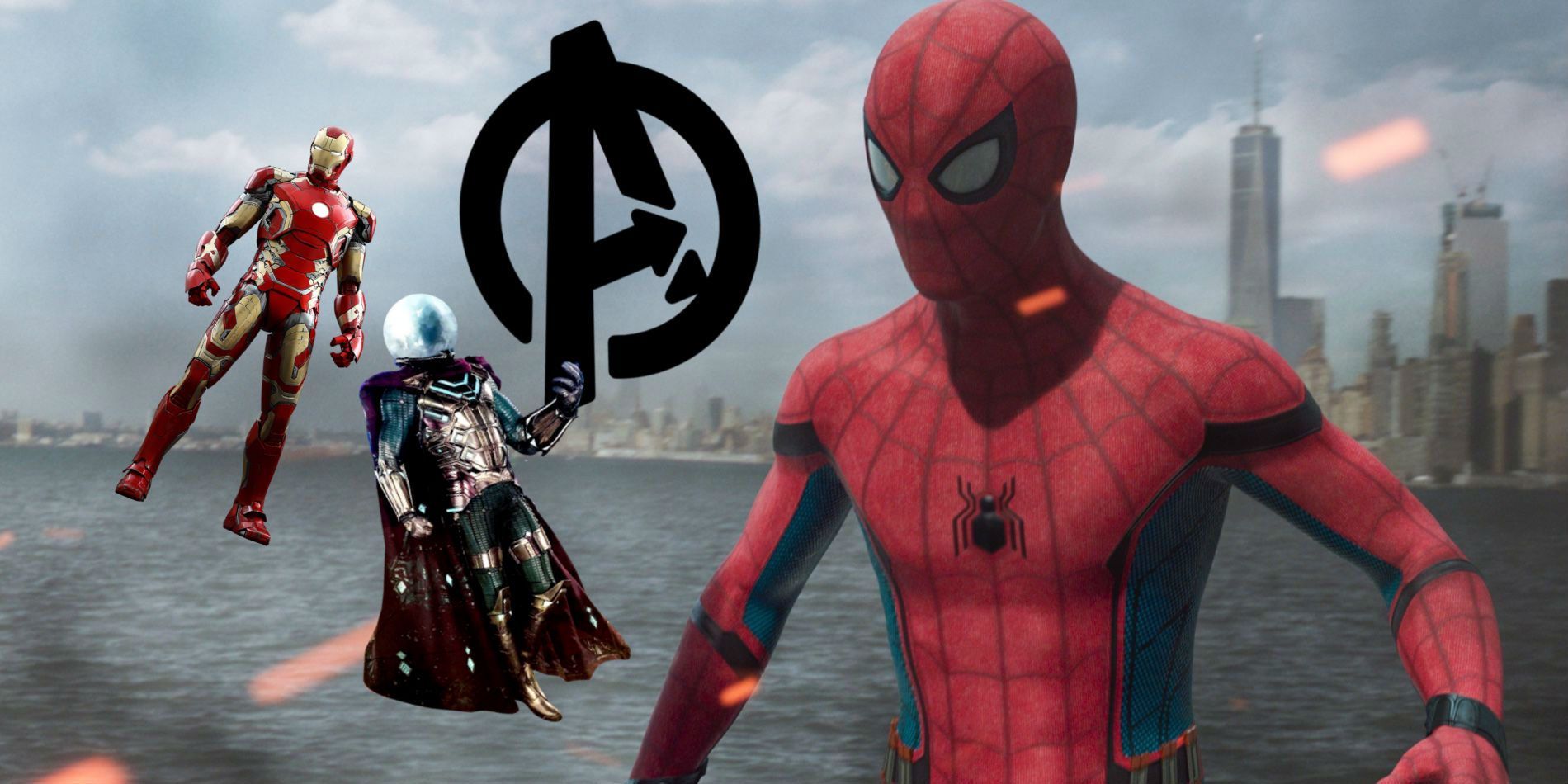 Disney and Sony have failed to negotiate terms for Spider-Man’s continued presence in the MCU, which would leave these storylines forever unresolved. Following the critical and commercial success of Spider-Man: Far From Home, not to mention the web-slinger’s star performance over the past two Avengers movies, MCU fans were looking forward to many more years of Tom Holland‘s incarnation of the superhero and a third solo movie in the not-too-distant future.

Those hopes were swiftly demolished when it emerged that a dispute between Disney and Sony prohibited Spidey from any further MCU appearances. Marvel originally sold the Spider-Man rights to Sony over 20 years ago resulting in two separate franchises, one starring Tobey Maguire and the other starring Andrew Garfield, but following the disappointing reaction to The Amazing Spider-Man 2, Disney and Sony struck a deal to co-produce future Spider-Man movies, with the character also finally permitted to enter the wider MCU franchise.

Related: Venom 2 Has A Better Chance At An R-Rating If Spider-Man Leaves Marvel

As per the original report, Disney wanted to alter the terms of the deal, which would require Sony to contribute an equal financial stake, however, Sony have since claimed that the decision was related to Kevin Feige’s workload. With multiple conflicting claims and the dust yet to settle, much more will likely emerge regarding the status of Spider-Man in the MCU and the collapsed agreement. As things stand, however, Tom Holland’s Peter Parker is no longer an MCU character and, sadly, Spider-Man: Far From Home ended with many plot threads unresolved.

One of the major cliffhangers coming out of Spider-Man: Far From Home arrived in the string of post-credits sequences. From the grave, a pre-recorded message from Mysterio is broadcast across the world, outing Peter Parker as the true identity of Spider-Man. This represented a major event for the MCU, as heroes have previously either been open about their identity or managed to keep their personal life under wraps. Witnessing a superhero be stripped of his anonymity could’ve had fascinating repercussions for years to come.

Some fans were divided on whether or not this development came too early, and one theory suggested the entire sequence could be a Mysterio vision. With the Disney/Sony agreement dead in the water, fans will never find out the truth. Even if Sony pressed on and made their own Spider-Man movies again, and continued with Peter Parker’s identity becoming public knowledge, the non-MCU setting would render the impact almost negligible, since the new series would exist in an entirely fresh continuity.

Not content with broadcasting Spider-Man’s real name, Mysterio also manipulated footage of Spider-Man: Far From Home‘s London drone attack to make Peter look like the perpetrator. Once again, the ramifications of Spidey being wrongly framed for a deadly drone strike on a major city might’ve played out over the course of several MCU entries and drastically altered the direction of the character. Would the public believe Mysterio’s claims? Would the authorities start hunting Spider-Man down? Would the other Avengers have their man’s back?

Like the reveal of Peter Parker’s identity, this moment begged a series of pressing questions that likely would’ve formed the backbone of the MCU’s third Spider-Man solo offering. Unlike the identity revelation, which is inspired by the Marvel comic books, Sony would struggle to continue the Mysterio story in any future movie, since this would require direct references to events that occurred in the MCU.

Related: Marvel Losing Spider-Man Would Be A Disaster For The MCU

While Spider-Man: Far From Home‘s post-credit sequences were mostly dramatic in nature, the film did have one fan-pleasing surprise in store – the return of J. K. Simmons as J. Jonah Jameson of the Daily Bugle. Presented as a controversial news outlet rather than a traditional newspaper, Jameson was once again giving the web-slinger a one-sided verbal drubbing, not missing a beat since he last appeared in Sam Raimi’s Spider-Man trilogy.

While Jameson’s MCU debut was more of a fun moment, it still opened up several questions regarding the modern reinterpretation of the Daily Bugle and whether Simmons would play an increased role in future Spider-Man movies. It’s possible that Jameson’s appearance was only ever intended as a cameo and, in any case, Sony could certainly retain Simmons for any future Spider-Man projects. However, it’s highly unlikely they’ll be able to borrow the MCU’s version of the Daily Bugle. The digital reimagining of the newspaper was a particularly novel twist, and it would’ve been fascinating to explore its impact in the current age of social media, and disinformation.

Aunt May and Happy Hogan

Forget Spider-Man’s identity being revealed, this is the story MCU fans will miss most. Aunt May has famously become younger with each Spider-Man movie series, and Marisa Tomei’s version of the character typified this progression, flirting a little with Tony Stark in Spider-Man: Homecoming. While the “hot aunt” jokes wore thin for some, the flirtatious aspect of May’s personality continued in Spider-Man: Far From Home, as she and Happy Hogan embarked began dating or enjoying a summer fling, depending on whom you believe.

While nowhere near the most important story arc in Tom Holland’s Spider-Man world, audiences were nevertheless invested in May and Happy’s relationship, and this looked set to continue in future movies, even if only as a source of comedy. This arc would be firmly off the table should Sony resurrect the Spider-Man franchise without Disney’s involvement. While Aunt May would almost certainly feature (probably played by Jennifer Lawrence given the character’s progression over the years), Happy is an entirely MCU-based entity, first featuring in Iron Man.

The Fate Of Mysterio And EDITH

While Mysterio appeared to meet his demise in Spider-Man: Far From Home, plenty of questions remained about Jake Gyllenhaal‘s future in the MCU. Given his reputation as a master of illusion and trickery, it’s completely plausible that Mysterio could’ve survived the film’s climactic battle and return to haunt Peter Parker at a later date. Moreover, Mysterio’s assistant is seen downloading data from the EDITH console to a USB drive. The subsequent post-credits scene implies that this memory stick was used to deliver Mysterio’s posthumous message, but there could be plenty more happening beneath the surface.

Related: Will Future Spider-Man Movies Still Be In The MCU? Here’s What We Know

Mysterio’s group had access to Tony Stark’s EDITH technology and it appeared like this could be what Stark’s former employee was downloading. Retaining some of EDITH’s capabilities might’ve allowed William, who made his MCU debut way back in 2008’s Iron Man, to return as a future villain. Now, however, that plot thread looks set to remain un-pulled, and fans will simply have to assume that William only downloaded and shared Mysterio’s parting message, and then faded off into the distance.

Throughout his time in the MCU, Peter Parker has been hugely influenced by Robert Downey Jr.’s Tony Stark, with the superhero veteran replacing Uncle Ben as Peter’s father figure. In Spider-Man: Homecoming, Peter was desperate to prove himself to Stark and in Spider-Man: Far From Home, the youngster was crushed under the weight of expectation following Iron Man’s death. By the end credits, Peter had accepted Tony’s faith in him and resolved to become a hero in his own right, rather than desperately trying to live up to a ghost.

A third MCU Spider-Man movie would’ve showcased the final stage of this development. With access to Stark Industries tech, Peter was all set to follow in Tony’s footsteps, as demonstrated by the suit-construction scene in Spider-Man: Far From Home. In subsequent MCU installments, Peter would’ve boasted a newfound confidence and a more self-assured nature, finally fulfilling his role as both a superhero in his own right and a piece of Tony Stark’s legacy.

Spider-Man’s Future In The Avengers

Spider-Man’s Avengers career in the MCU was a major storyline in its own right. From the exuberant, eager to impress Peter introduced in Captain America: Civil War, Spider-Man eventually becomes an Avenger out of necessity in Avengers: Infinity War, with little in the way of a formal induction. However, this story is missing one final step; a progression where Peter finally and truly becomes a friendly neighborhood Avenger. While Tony Stark reluctantly dubbing Peter an Avenger after he stows away in a spaceship to help fight Thanos was highly amusing, it lacked the impact of a defining Avengers team-up scene, examples of which can be found in the Battle of New York, or the very end of Avengers: Age of Ultron.

Seeing Spider-Man as part of a proper future Avengers lineup alongside the likes of Captain Marvel and Black Panther would’ve been a hugely gratifying moment for fans, and a sign of Peter Parker’s development as a character. Instead, Spidey will forever be known as one of the more “informal” Avengers that took part in the fight against Thanos, but never became a key, long-serving member of the superhero team in the MCU.

More: The MCU’s Most Selfless Acts Of Heroism