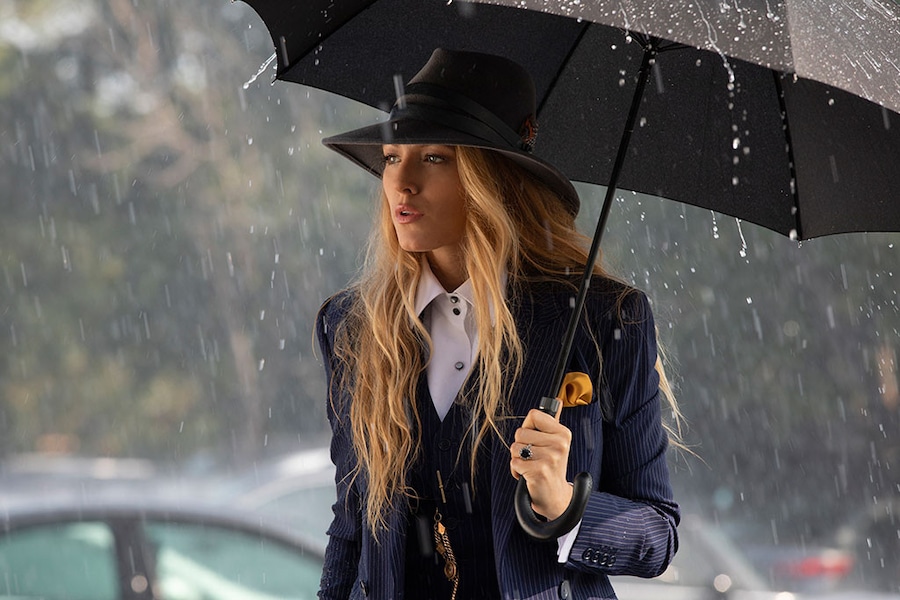 Get ready to suit up this fall.

One of 2018’s most underrated movies is finally available to stream, as A Simple Favor hit Hulu on Aug. 22. The uber-stylish thriller starred Blake Lively and Anna Kendrick as a pair of school moms-turned-BFFs who find themselves at the center of life-and-death mystery when one of them (Lively) goes missing, leaving Kendrick’s character Stephanie to follow the breadcrumbs.

While we truly feel the twist-filled movie didn’t get enough love when it came out in September 2018⁠—especially Lively’s turn as Emma Nelson, a powerful and martini-pounding PR maven who has no interest in joining the PTA⁠—all eyes were on Lively’s swoonworthy wardrobe on and off screen around the time of A Simple Favor‘s release. And a year later, we’re once again looking to Lively and her character Emma as our ultimate “power b–ch fall” inspo come September. You know, minus the whole possible murder and scandal of it all.

In the film, Emma rocked all Ralph Lauren suits, wearing a tailored and ridiculously chic three-piece suit to drop her kid off at school. It turns out, her menswear-inspired wardrobe was an homage to the Paul Feig, the movie’s director.

“I modeled my entire character’s look after him,” Lively told E! News, with the film’s costume designer Renee Ehrlich Kalfus explaining the throughout process behind the mysterious and secretive Emma’s decision to wear menswear almost as an armor.

“She was a very intimidating character and she absolutely did not want to fit in,” she said.

And for the A Simple Favor press tour, Lively put her own spin on the menswear trend, adding more feminine touches and color to her parade of suits that made headlines around the world.

So what better time to revisit Lively’s impressive line-up of power suits as we head into fall?

Like…what else would you wear for Monday morning school drop-off? 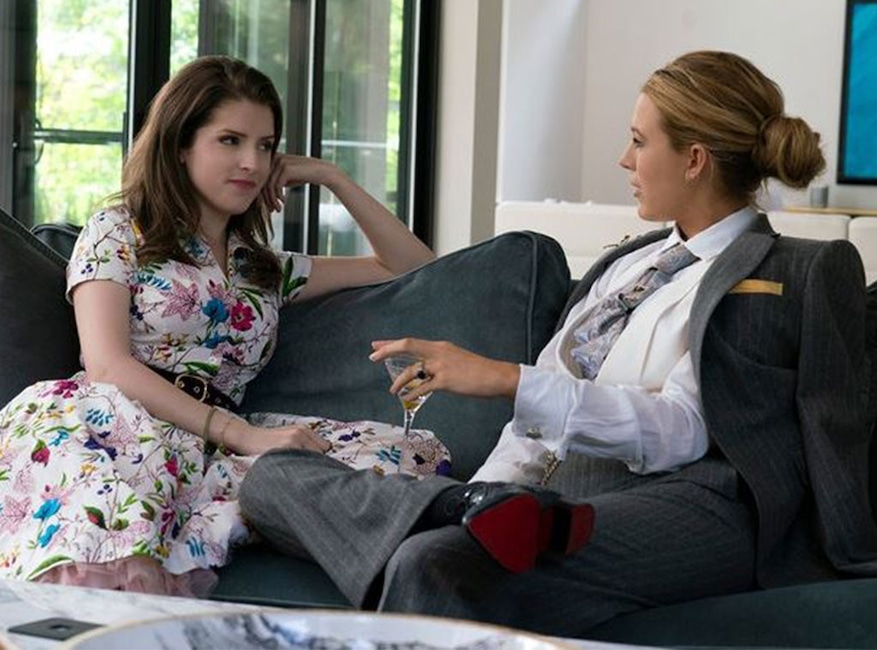 Make grabbing a quick drink with your girlfriend an affair worthy of a permanent square on your main Instagram feed. 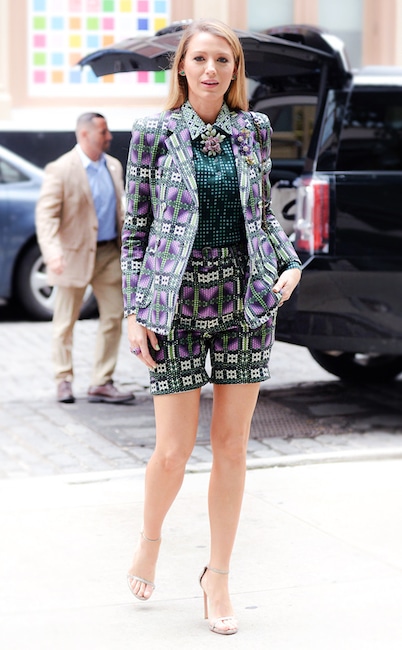 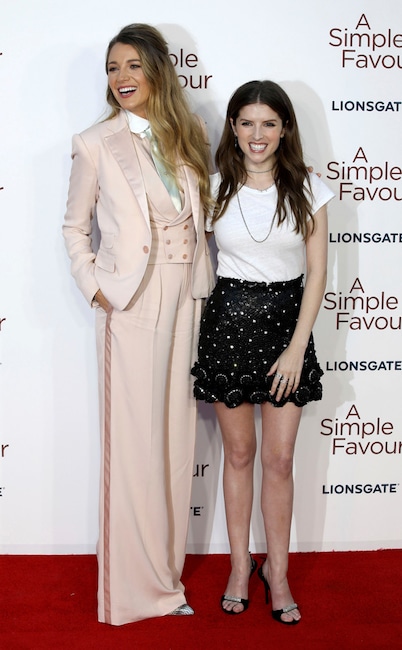 For a photo op with her co-star, Lively went for a pretty in pink take on her signature suit style. 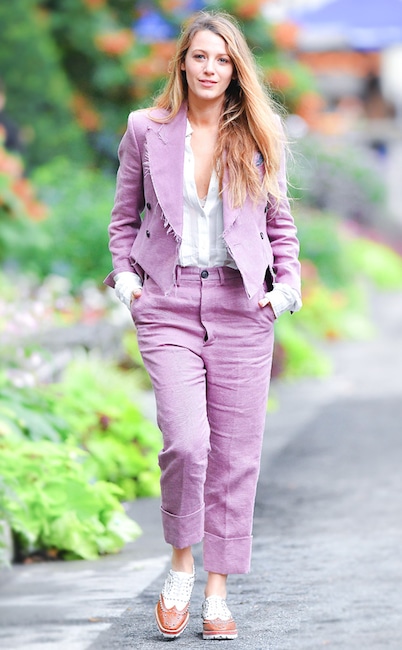 For a more casual look, linen is the perfect and slightly unexpected fabric choice. Bonus points if the suit is in an equally unexpected color and paired with oxfords (a classic cool-girl footwear choice). 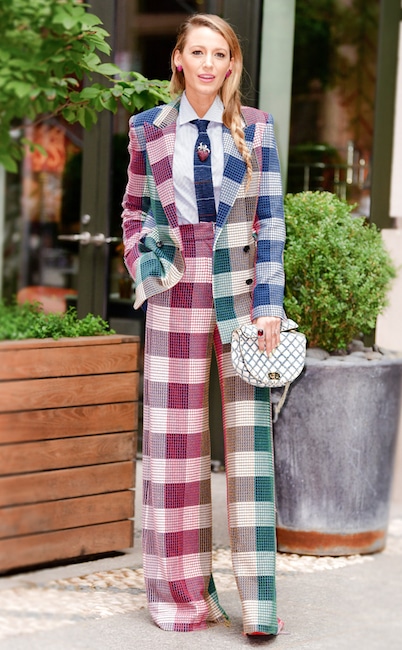 Just because you’re wearing a suit doesn’t mean it can’t be whimsical and fun. Just take a look at Lively’s mad and plaid ensemble for a stop on the film’s press tour. 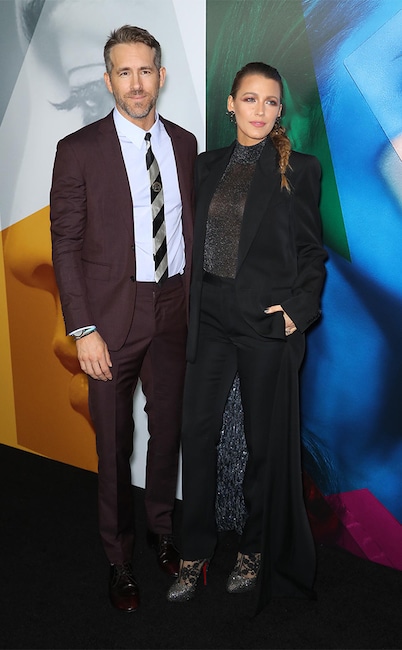 Lively’s sheer sparkly turtleneck underneath her dark suit added a surprise element of sex appeal at one of the movie’s premieres. 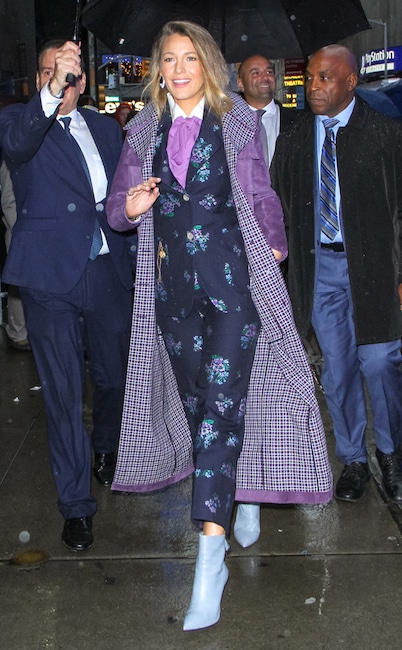 Florals For fall? Groundbreaking…when you add lilac into the mix. 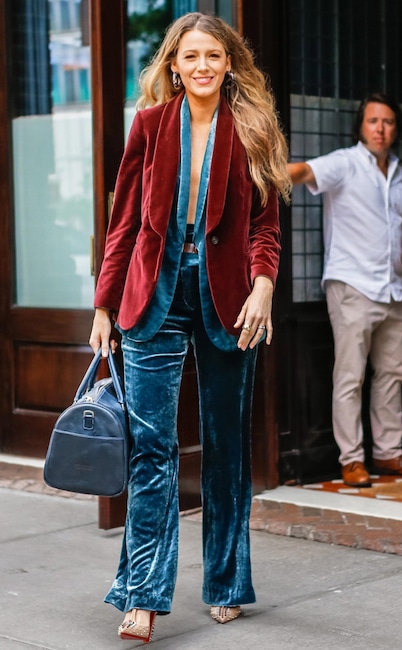 Is there a more luxurious fabric for fall than velvet? 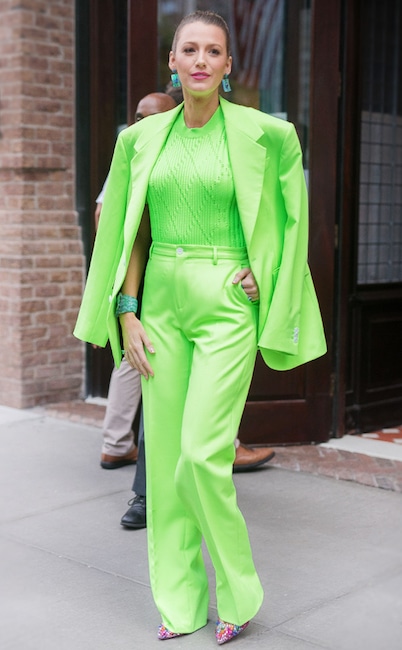 Feel free to show this to anyone who dare claims that suits are boring. 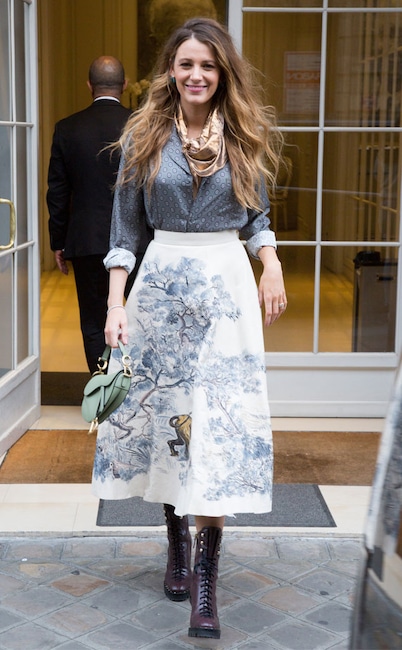 Excuse us while we figure out how to recreate this outfit to wear as soon as the temperature dips below 75 degrees in Los Angeles.

A Simple Favor is now available to stream on Hulu.