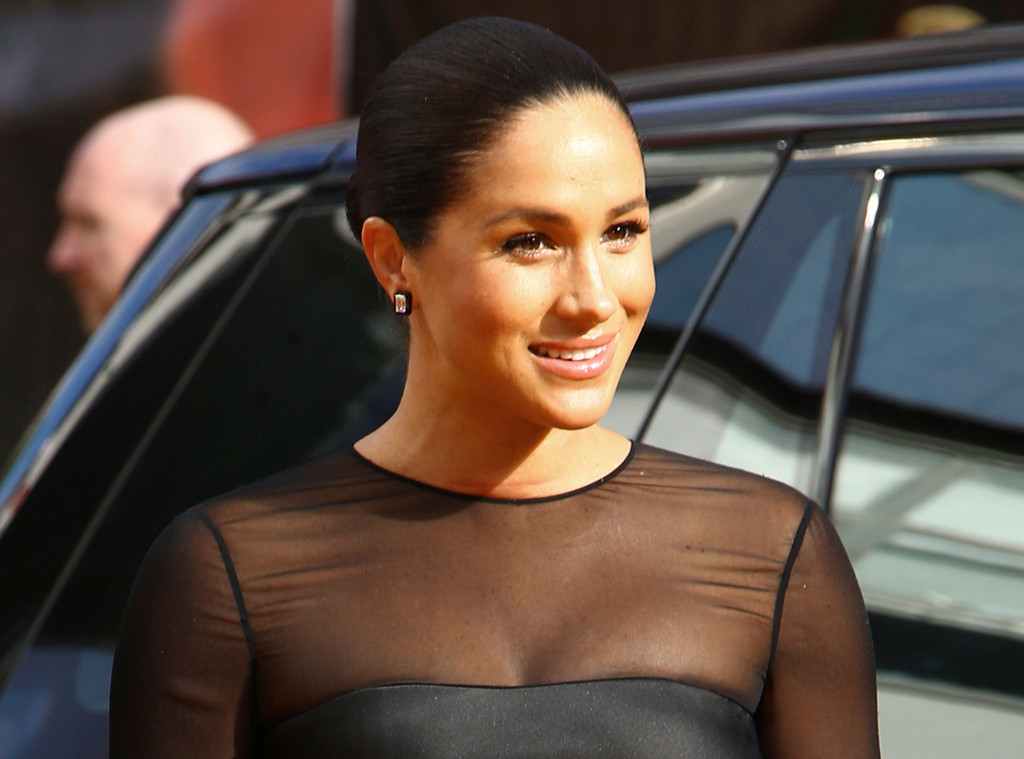 Meghan Markle is focusing on the sweetness.

On Thursday, the Duchess of Sussex’s Instagram account spread some positivity by highlighting Luminary Bakery, a London-based social enterprise that provides empowerment, education and employment for disadvantaged women. One of the photos included in the post was of nine cupcakes decorated with uplifting phrases, including “You are strong” and “Be kind to yourself.”

“What they’ve created at Luminary Bakery is exceptional-it’s a space for baking, healing and rebuilding,” the new mom said in a statement on Instagram. “When I visited the women earlier this year I was struck by how the baking, itself, is a means of therapy for these women-which in many ways makes complete sense-feeling they had no control over their lives based on their previous (and often harrowing) circumstances, they found comfort in the measured nature of baking. Mixing equal parts of one ingredient and another could yield the perfect dessert, but the act of doing so provided personal balance. So while the baked goods are absolutely delicious, it’s the story of how the program at Luminary reshapes lives through baking that is the actual icing on the cake.”

Markle further highlighted the organization in the September issue of British Vogue she guest edited. “When I knew I would be secretly guest editing the September issue of @britishvogue, including Luminary Bakery was non-negotiable,” the duchess wrote in a letter to the organization. “The work you do, what you represent to the community, the spirit of the women there-you all embody what it means to be ‘forces for change.’ Thank you for being a part of this special project.”

The post comes just days after stars digitally defended Markle and Prince Harryfollowing criticism over their recent trip to France on a private jet.

“I am deeply distressed by today’s distorted and malicious account in the press surrounding the Duke and Duchess of Sussex’s private stay at my home in Nice last week,” Elton wrote. “Prince Harry’s Mother, Diana Princess Of Wales was one of my dearest friends. I feel a profound sense of obligation to protect Harry and his family from the unnecessary press intrusion that contributed to Diana’s untimely death.” The musical icon further explained on Twitter that he and his husband David Furnish had invited the couple and their son, Archie Harrison, to their home for a safe private holiday and provided their jet flight. “To support Prince Harry’s commitment to the environment, we ensured their flight was carbon neutral, by making the appropriate contribution to Carbon Footprint,” John noted.

“I highly respect and applaud both Harry and Meghan’s commitment to charity and I’m calling on the press to cease these relentless and untrue assassinations on their character that are spuriously crafted on an almost daily basis.

Markle’s best friend, stylist Jessica Mulroney, also issued a rare comment on the matter, posting a message on Instagram that read, ”When someone faces unfair criticism, you call it out. When that person is your friend and family, you call those critics what they truly are. Shame on you, you racist bullies.”

“3 years of undeserved hate and abuse,” she captioned the post. “It’s enough.”