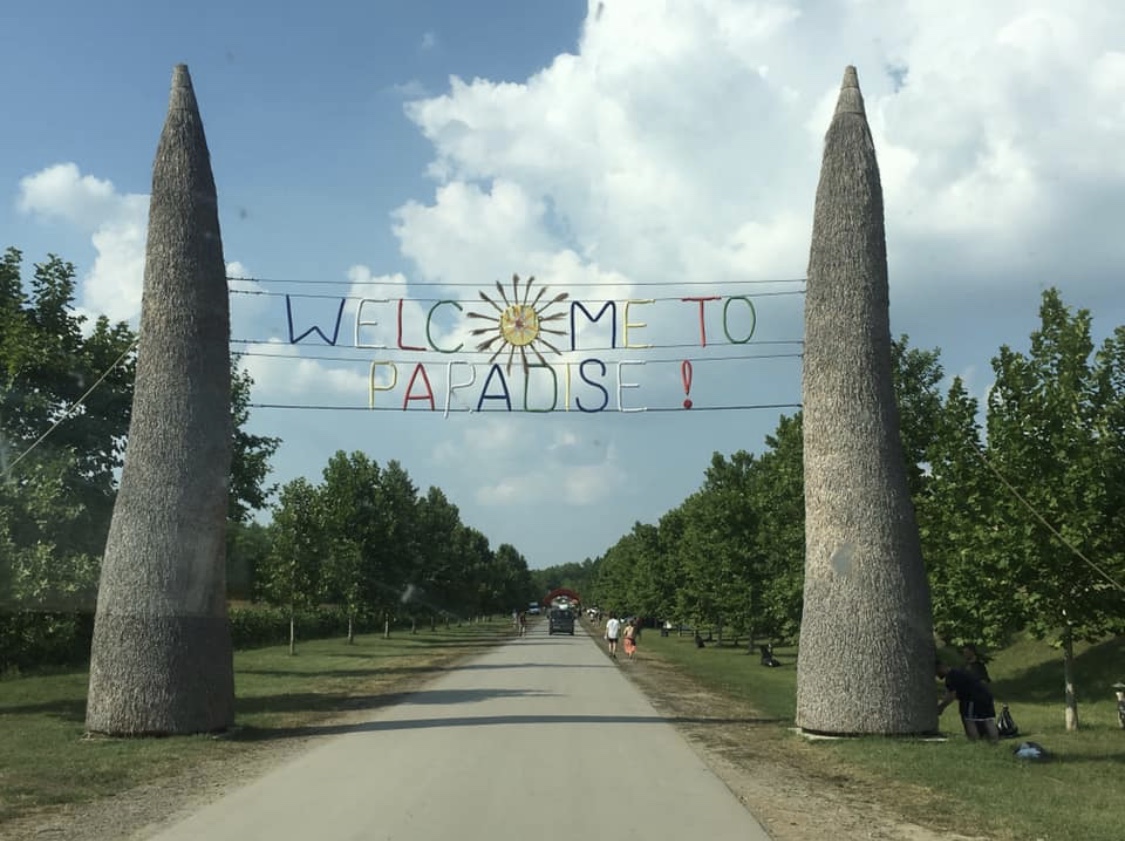 “And those who were seen dancing were thought to be insane by those who couldn’t hear the music”….Nietzsche 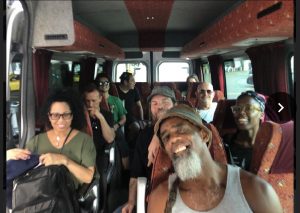 One of the most immersive festivals on the planet, OZORA originated in 1999 in celebration of a solar eclipse and has since grown to become the ultimate influential psychedelic trance festival universally. The psychedelic, tribal gathering embraces vivid bursts of artistic textures and iridescent saturation, diversive activities, illuminating workshops, and six stages overflowing with music. The entrance bearing the alluring invitation, “Welcome to Paradise,”  leads to a massive estate with varying landscapes from sandy deserts to lush forests, and is considered an ecological “tomorrowland.” Dubbed the principle hub of psytrance culture in Europe, it conveys the epitome of Peace and Love likened to a 21st-century Woodstock. 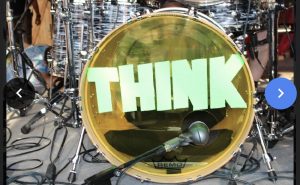 This year one of the featured gigs, and the only single live band to perform at OZORA on the main stage was Think:EXP with DJ Gaudi installing their own spin of the music of Pink Floyd, (the third most influential band in the history of rock), mashed together with EDM as they presented an odyssey “Beyond the Wall.”

The landscape was carpeted with 40,000 people and an endless array of shirtless souls caressing every beat, with arms embracing the air and pointing upward towards the night sky. In a kaleidoscope of vibrancy, they were barefoot and free all celebrating the quintessence of a spiritual awakening. Some dancing, immersed in mud, enraptured in the vibration of relevance, others adoring the spray of an effervescent mist drenching them in a cooling victory. There were fire dancers justifying the darkness, while artists painted multi-chromatic expressions of light. All united by a common bond, the ones with the messy hair, the dirty feet, and that wild sparkle in their eyes. 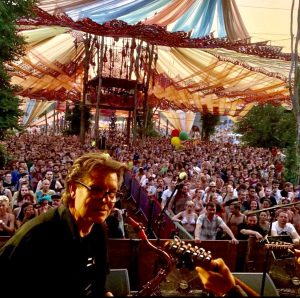 Celebrating a festival is the universal assent to the world as a whole. Music festivals are one of the greatest places that bring people together from all walks of life reminding our souls of that overwhelming feeling you have when you listen to a live performance of your favorite music, an affection unmatched. Thus was the sensation and the ambience one felt when venturing Think:EXP “Beyond The Wall.”

Opening the set was the introduction of Gaudi by Scott Page, the saxophone player for Pink Floyd, Supertramp, and Toto, as well as the creator of Think:EXP. A true musical anomaly, Page loves being happy everyday, and you can hear that happiness in his music, 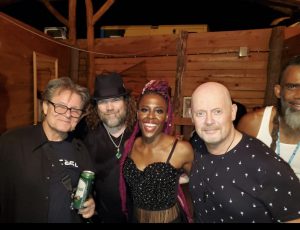 After Gaudi’s heart-warming tribute to the owner of the estate, who had passed on but who cherished the music of Floyd, a brief “Wish You Were Here”, became a prelude to a presentation of the band members. Kenny Olson, guitarist, and founding member of Kid Rock’s Twisted Brown Trucker Ban, Stephen Perkins, drummer from Jane’s Addiction, and Norwood Fisher, bassist for Fishbone, Supporting band members included, Derek Day, effervescent guitarist and vocalist, Roberta Freeman, soulful vocalist from Guns N Roses, Pink Floyd, Mary Wilson, Billy Idol, and more, Kitten Kuroi from Elvis Costello, also on vocals, Eric Mayron, from Dr. Dre, on keyboards, and Jon Stankorb on guitar and vocals. Alongside Think, was the Illustrious DJ, producer, and internationally famous musical designer, Gaudi on synthesizer. Together they stood as one powerful and audacious faction on a stage filled with poetry, the air alive with spirit, there were waves of people dancing to the music, while the performers sparkled with brightness. 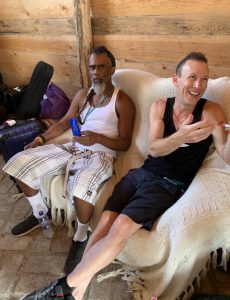 Peddling an honest and climactic glimpse into the vibrant multi-cultural prism that echoed the essence of the festival, it was as though an omnipotent, charismatic force of paramount statue came down from a celestial paradise and cast an alliance and oneness upon “Think” causing them to know what the other band mate was doing well before it happened. It was a compelling performance like none other. It was easy to recognize the meticulously crafted lyrics of Floyd, as the crowd from all over the world sang the words together, but the music had its own definition. I’ve heard the band play before, all of them world class masters of their art, but never as they played at OZORA. It was the closest thing to magic.

Stephen Perkins, a star drummer, walking a high wire without a safety net. Like a conductor he sets the pace for the music. His whimsical persona often translates onto the drum kit making his talent seem effortless and always fun. Norwood Fisher is a smooth, swaggered, cooler than life bass player. His notes are an attempt to paint the color of the wind. Kenny Olson is often a touring member of the “Experience Hendrix Tour”, which says it all. A master at his craft and one of the most respected guitarists in the galaxy, fusing experimentalism with a canny ear for epic and infectious hooks, had the crowd cheering and wanting more (do something…like after his guitar solos… the crowd went crazy… wanting more. (he basically stood at the edge of the stage and it was like he was playing to each one in the crowd personally) His solos are a contribution to reality. Completing the core of Think:EXP  is visionary, creator, Scott Page, truly saxophone aristocracy. His solos are like words that breathe, fires that burn between the shadows and the soul. Scott relentlessly bedazzles audiences, lending integrity and sparkle to the global soundscape. He is a free spirit with a wild heart…. 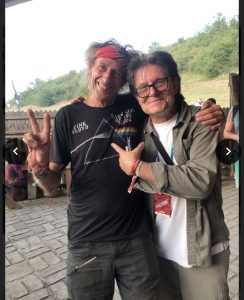 “For me I can honestly say OZORA was one of the top ten gigs I’ve ever played, maybe even the top five. It was crazy cool. It was such an interesting venue, the sound was extraordinary and the crew was fantastic. The monitor mixing guy was actually the best ever, probably the number one monitor mixing guy I have ever worked with in my fifty years of doing this. We were rocking, and the band was rocking, it was so well done. We were the only live band and the promoter Wegha Andras who has been presenting this for 12 years said “head and shoulders it was the best show they ever had.” He was blown away and people loved it. The revelation that I had was mashing electronica and classic for these kind of festivals is really smoking. It’s a really good fit because all of these people really still like Floyd…. I also want to sincerely thank, the promoter, Wegha, and his magical / professional team that made us feel so welcome on stage and off stage, Itay Berger and of course, Gaudi”…….Scott Page 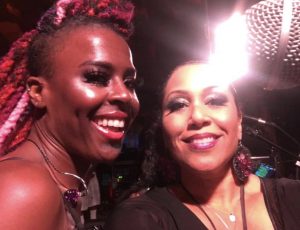 Part of the fun of watching one of your favorite groups perform is the anticipation of seeing them take the stage. Your heart dances in your chest as though you were riding a roller coaster and approaching the very top of the hill, the peak. You feel the ride with your entire body. People are screaming everywhere before the ride even starts. Finally, the band hits the stage and the excitement consumes you. “Breathe” was first. “Another Brick In the Wall”, was epic.  After approximately 90 minutes of bliss, mouthing the words to your favorite songs the only thing you have left to treasure is the climax, the grand finale……”Comfortably Numb” ….there were no words, only emotion. The commingling and hybridization of the Floyd based music with the electronic synth is a phenomenon, a colorful and extraordinary circumstance. In the 1950s rock ‘n’ roll was considered a new cultural phenomenon. Look how it’s evolved. 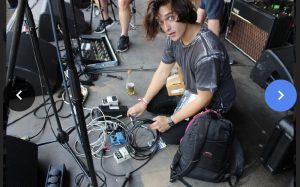 “We were so close there was no room
We bled inside each other’s wounds
We all had caught the same disease
And we all sang the song of peace”…..Melanie

Here are the Best LGBTQ YA and Kids’ Books of 2022, According to ALA’s Rainbow Round Table
How Chase Stokes & Madelyn Cline Filmed Outer Banks Post-Split
Kate Middleton Shares Childhood Photo Showing Prince Louis Is Her Twin
NeNe Leakes Addresses Reports That Her Son Brentt Leakes Came Out As Gay
Jason & Travis Kelce’s Mom Picks a Favorite Ahead of Super Bowl