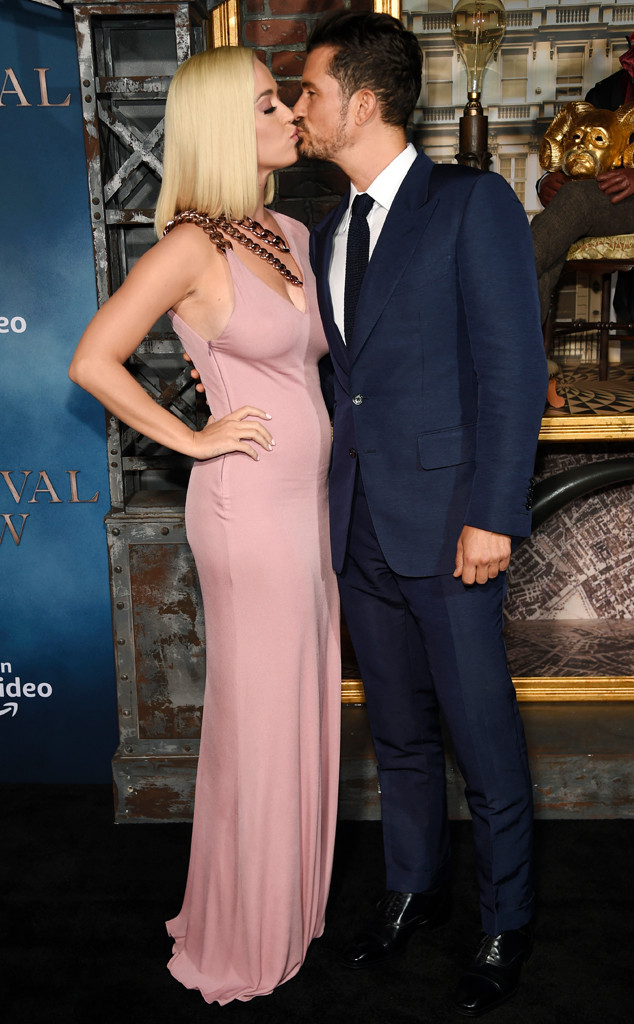 Katy Perry and Orlando Bloom packed on the PDA while attending the Los Angeles premiere of Carnival Row on Wednesday.

The 34-year-old singer and the 42-year-old actor wrapped their arms around each other and shared a sweet smooch while posing for pictures on the red carpet. The “Never Really Over” artist even joked she’d let her fiancé pick which side to stand on so photographers could capture his best angles.

“You get your side tonight,” she joked on the red carpet. “We all have a side, and he wins tonight. It’s his night.”

While Bloom plays detective Rycroft Philostrate in the fantasy drama, Perry claimed she was taking on the “role” of “supportive girlfriend” for the big premiere.

Perry arrived at the TCL Chinese Theatre in a pink gown from Tom Ford’s Fall 2019 collection. Of course, she also wore her flower-shaped engagement ring, which features a pink center stone surrounded by diamonds.

While the stars haven’t announced a wedding date just yet, Perry made it clear they’re not rushing to the altar.

“[We’re] definitely trying to, like, lay the good emotional foundation for the lifetime of commitment—which is a big deal, you know?” she said on KISS Breakfast With Tom and Daisy earlier this summer.