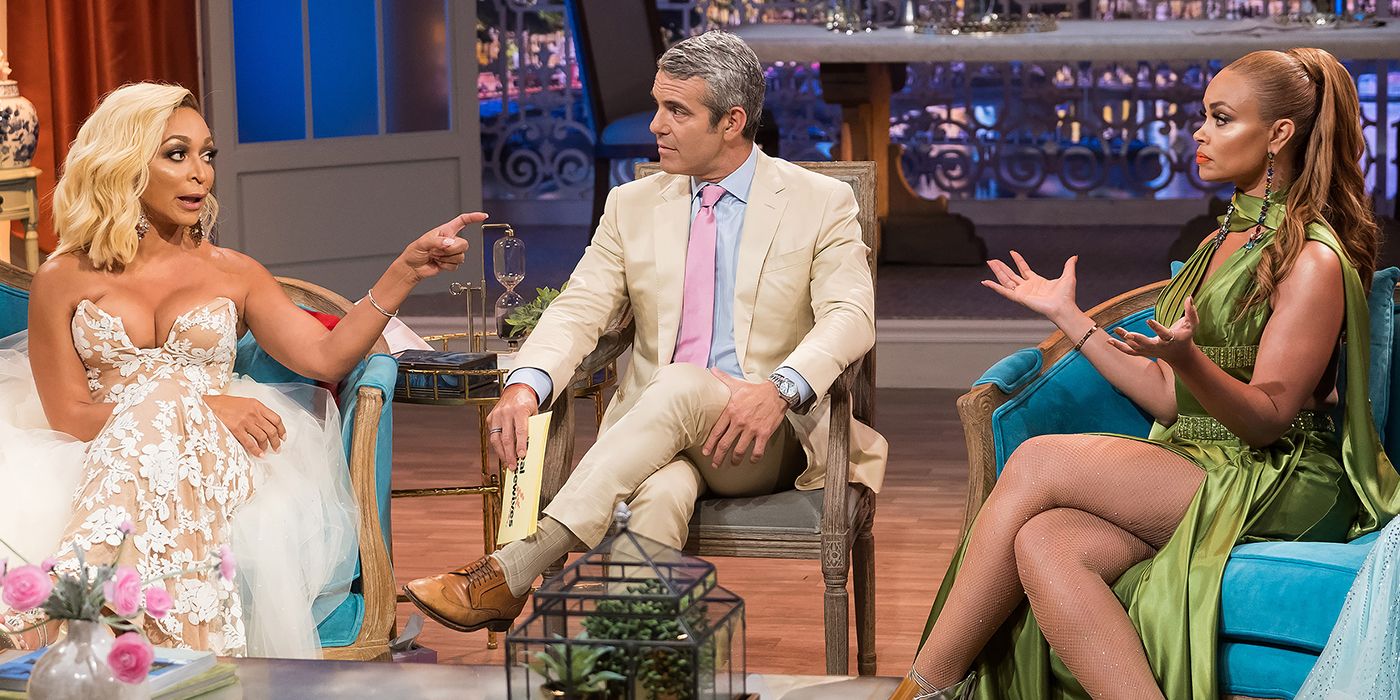 The Real Housewives of Potomac stars Gizelle Bryant and Karen Huger’s recent feud highlights a crumbling friendship. The two have been at odds all season long.

Tension has been building between Bryant and Huger ever since The Real Housewives of Potomac premiered in 2016. Now in Season 4, the women’s fragile relationship is reaching a boiling point. Earlier this season, when the cast went on a group trip to New Orleans, Huger skipped a dinner with the other ladies because she said she was still grieving the loss of her parents, who’d passed away shortly before the vacation. When Huger went back to her hotel room, she went on Instagram Live to thank her followers for their condolences, but Bryant took offense. She criticized Huger’s decision to go on Instagram Live and was hurt she didn’t want to come out with them instead.

In the latest episode of The Real Housewives of Potomac, Bryant and Huger were clearly not over the argument in New Orleans, and got into a blowout argument about it while on vacation in the Cayman Islands. At one point, the two women were screaming at each other in the lobby of their hotel. That’s when their co-star, Candiace Dillard, pointed out this wasn’t the first time they’ve fought in a hotel lobby – the two also had it out in a lobby during a group trip in France. Then Dillard told them they were “too old to be yelling in the lobby” and that the “white people” were staring at them. She added that Bryant and Huger are the “matriarchs” of the group and “have the most examples to show” and shouldn’t be screaming in the lobby like “banshees.”

That’s when it seemed like Bryant and Huger were putting an end to their friendship. Huger said Bryant doesn’t “have a clue about what friendship is,” and Bryant said it was “extremely difficult” to be friends with Huger. But later in the episode, after another battle of words, the co-stars managed to put their problems aside – at least for now. Bryant apologized to Huger for hurting her feelings and Huger replied they could “drop it.” Only, the reality TV star added that she’d only be Bryant’s friend when she “deserved” it. Bryant retorted, “That’s not how friendship works, honey. And that’s your problem.”

While things are (sort of) calm between the two friends now, things have been up and down between them all season. This isn’t the last that fans will hear about these arguments. Even if it’s smooth sailing for the rest of the season, viewers can at least expect Bryant and Huger to hash it out on the Real Housewives of Potomac reunion, which the group has already filmed. It’ll be just a few more episodes until fans find out whether they’ve moved on or are still hanging on to the past.

Watch new episodes of The Real Housewives of Potomac Sundays at 8pm EST on Bravo.