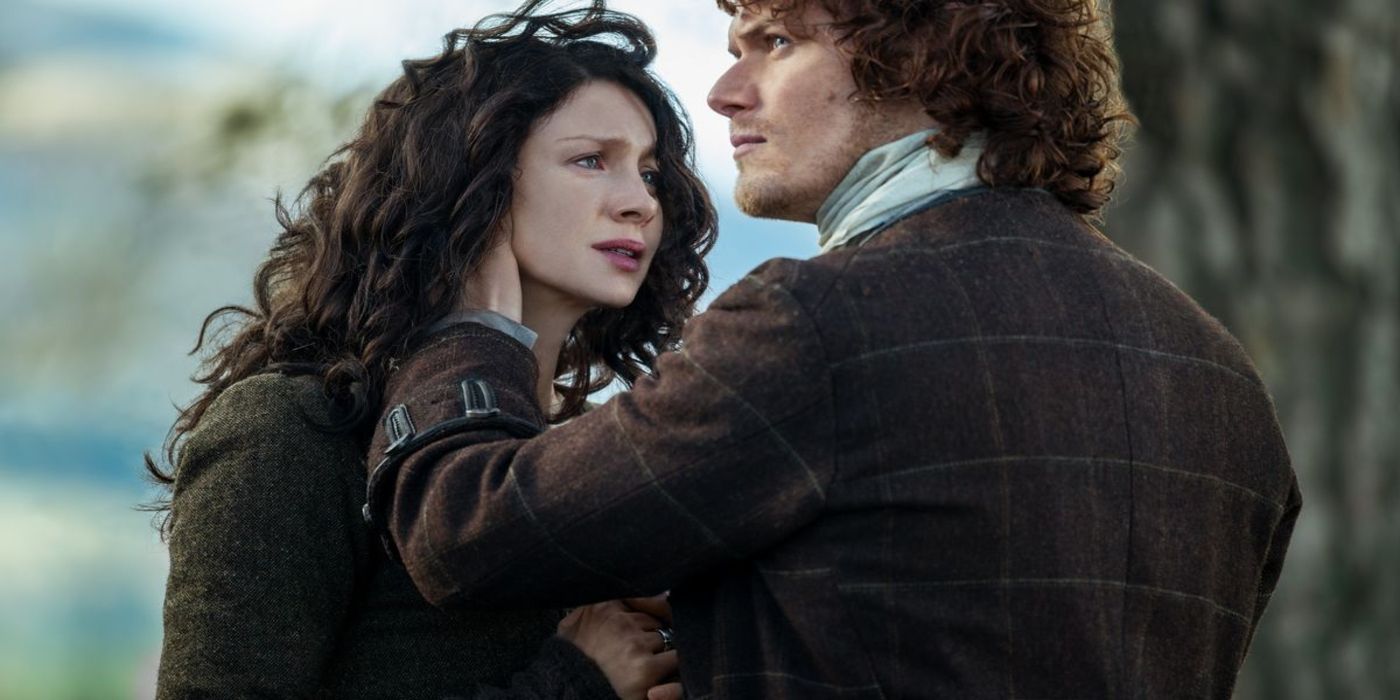 Draughtlander is the worst time of the year. Season six of STARZ’s prestige and immensely popular historical drama, Outlander, won’t return until 2020. The show follows the story of Claire Randall after she is transported back in time to 1743 and meets the handsome Jamie Fraser. The two get married and fall in love despite their star-crossed lives.

But then Claire finds herself trapped between two different men in her life and two different time periods. On the plus side, STARZ has renewed the series for a fifth and sixth season, so we have plenty more of the show to come. But, if you need something to keep you occupied during this Droughtlander, we have a few ideas in mind.

Click the button below to start this article in quick view

Poldark is commonly compared to Outlander, as they are both historical period dramas with strong romantic elements. However, you won’t find quite as much sex and violence on Poldark, but you will find an equally handsome leading man in Aidan Turner.

Poldark is also based on a book series, so, if you really need things to do, you could always read the books, as well! The series is set in Cornwall post-Revolutionary War. Many Outlander and Poldark fans get along fantastically because the shows have such friendly fandoms. You’ll meet the handsome Ross and follow him along his journey along with the beautiful female lead, Demelza.

For may die-hard fans of Outlander, simply watching the series and reading the books isn’t enough! You want to experience the lush and vibrant world of the series in person. Diana Gabaldon, the author of the books, even compiled a fantastic resource list of tours you can go on that will take you on an Outlander-themed expedition!

There are many tours in Scotland that visit famous places from the series such as Loch Ness, Inverness, and even the Culloden Battlefield. Obviously, some locations in the book are fictional and some are in the past, but you can still get a taste for what your favorite characters see and experience!

8 Watch All of your Blu-ray Special Features

Odds are, if you’re a major fan of Outlander, you probably own all the seasons on DVD or Blu-ray. Well, if you do, have you ever spent time watching all of the special features included? You’ll be able to watch deleted scenes, special featurettes about the creation of certain sets, and exclusive interviews with cast and crew about their on-set experiences.

Not to mention the gag reels! Everyone loves a good set of bloopers with your favorite actors breaking character. The Outlander special features discuss the many things about the series that make it so good including set design, costumes, and more.

People love Outlander so much there is even an online Outlander store that sells all kinds of themed merchandise. As if they read our minds, they’re even offering a 15% discount to help get fans through the Droughtlander. The store sells tons of great items such as jewelry, clothing, books, DVDs, home decor, collectibles, and more.

They’re not the only site where you can shop for Outlander merchandise either. Amazon is a great place to look for collectibles. Etsy has plenty of sellers crafting Outlander gifts and goodies, and stores like Torrid sell special Outlander clothing lines!

6 Immerse Yourself in Cast Interviews

YouTube is an excellent place to hang out for hours at a time if you’re obsessed with, well, anything. As Outlander is extremely popular, there are countless videos on the site from cast members and from fans. You can spend your days watching the show’s stars chat with each other about the series with videos from old interviews and Comic-Con panels.

Sometimes STARZ shares special exclusive behind-the-scenes videos on YouTube, as well. Fan videos are also great to watch, and some are especially well-made. If you like shipping videos or compilations of romantic Claire/Jamie moments, or maybe you want to watch people point out the series easter eggs and fan theories, all of that can be found on YouTube!

If you can’t afford to go on a fancy Outlander vacation, you can still live your life like characters on the show by trying your hand at cooking! There are a couple of Outlander recipe books you can purchase that will teach you how to make some of the food dishes you see on the series. No, the book isn’t filled with various haggis recipes.

4 Study Up on your Scottish Lingo

Sometimes it can be hard to understand what people are saying on Outlander. Even though they’re speaking English, Scottish has some of its own specific slang, and the accent, especially when it’s thick, can be difficult to discern at times. You could spend your time in this Droughtlander learning some key phrases.

They even have sites, especially for Outlander fans. By the time the series comes back, you’ll be sounding like you just walked out of Scotland yourself. You can impress your friends and other fans of the show with your knowledge!

3 Watch and Read Game of Thrones

Outlander is often getting compared to Game of Thrones, as they were both prestige fantasy historical dramas that aired around the same time on competing premium cable networks. Now might be a good time for you to finally get into the series.

You can read the first five books—who knows when we’ll get the last two—and, with the show completed, you’ll be able to binge in peace without having to worry about cliffhangers or spoilers. Plus, the series will be getting a prequel, and you could be caught up in time to watch with the rest of the world.

If you haven’t read the Outlander book series yet, now is a perfect time. At the moment, there are currently eight, but a ninth book is forthcoming and will likely be released later this year or next. You can catch up in time to read it and be fully prepared for what’s to come when the series returns.

If you’ve already read the books, have you read the other stories in the series? There are several short stories and novellas that go along with the books. There is even an additional book series about John Grey and a graphic novel to check out.

Finally, if nothing else is doing the trick, you can always settle in for a binge-watch the show. You could simply rewatch the series on a loop until it returns, who is going to stop you? If you don’t have the series on DVD or Blu-ray, it can be purchased digitally and it is also available to stream on the STARZ app.

A few seasons are currently streaming on Netflix, as well, in the US. Streaming rights may differ internationally, but you can relive the beginnings of Claire and Jaime’s love story by starting fresh in season one!

NEXT: Outlander: 10 Hidden Facts About Frank Only True Fans Noticed