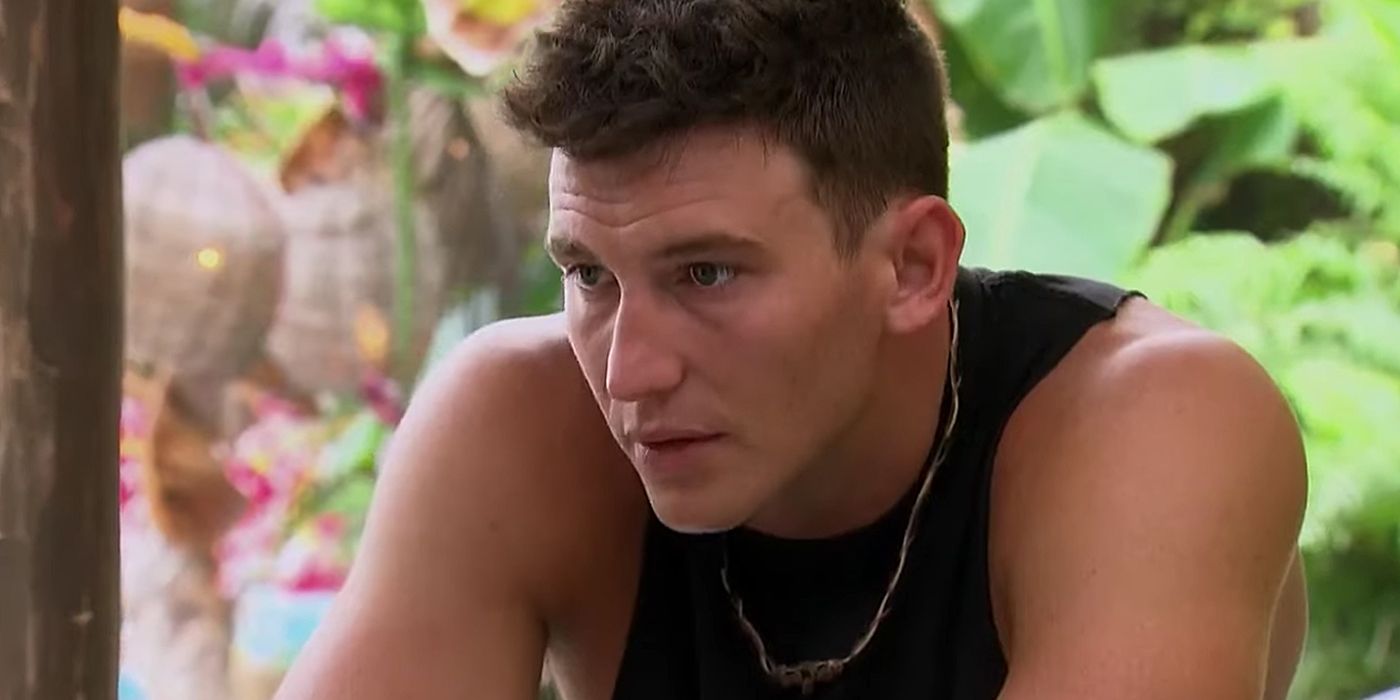 Bachelor in Paradise contestant Hannah Godwin finally chose Dylan Barbour over this season’s “villain” Blake Horstmann. She’s been going back and forth between the two men since arriving in Mexico.

Hortsmann has made a name for himself during this season of Bachelor in Paradise - a reality competition show that puts former Bachelor and Bachelorette contestants in a villa in Mexico to find love – after hooking up with several of the women on the show. On his first day in Mexico, he went on a date with Tayshia Adams, before it came out that he’d already hooked up with two other contestants, Kristina Shulman and Caelynn Miller-Keyes, at a music festival prior to coming on the show. Then, Horstmann claimed he came to Mexico for Godwin and began to make his move on her, despite the fact that she’d already started a relationship with Barbour. Horstmann attempted to woo Godwin with dance lessons and a mariachi band, but unfortunately for him, it didn’t work.

Godwin ultimately made a decision all of Bachelor Nation has been waiting for: who will get her rose? To the surprise of a lot of people, she gave it to Barbour over Horstmann. At the rose ceremony, she thanked Barbour for being patient with her while she tried to make up her mind between him and Horstmann, and the two later went on their first one-on-one date. While the truth came out about Horstmann‘s double hookup (he’d actually tried to get Miller-Keyes to not come over that night), everyone in Mexico, and most of Bachelor Nation, still feel like he’s there for the wrong reasons and only wants random hookups. Despite this, Shulman ended up giving her rose to Horstmann, so he’s going to stay in Mexico a little bit longer – making things nice and awkward for Godwin and Barbour. Check out a clip from the episode (via: Bachelor Nation):

Horstmann wasn’t on his own for too long, though, before Caitlin Clemmens entered the resort. After the rest of the men on the show basically told Clemmens they were a committed couple, she asked Horstmann on a date. The two ended up hitting it off – she didn’t seem bothered by the fact that he hooked up with a few of the other contestants – and ended up making out in the pool during their date. While Horstmann said he was disappointed in Godwin’s decision to choose Barbour, he was finally ready to forgive himself for hooking up with multiple people on the show and start actually enjoying his time in Mexico. Godwin seems to be enjoying herself too. She told Barbour on their date that she was “all in” with him.

It’s only halfway through the current season, so there’s still plenty of drama to come in paradise. Fans will have to wait and see if Horstmann ends up with Clemmens – or if his love pentagon becomes a decagon. And while things seem to be going strong between Godwin and Barbour, things change day-to-day in Mexico, and you never know who will show up in paradise.

Bachelor In Paradise airs Mondays and Tuesdays at 8pm EST on ABC.