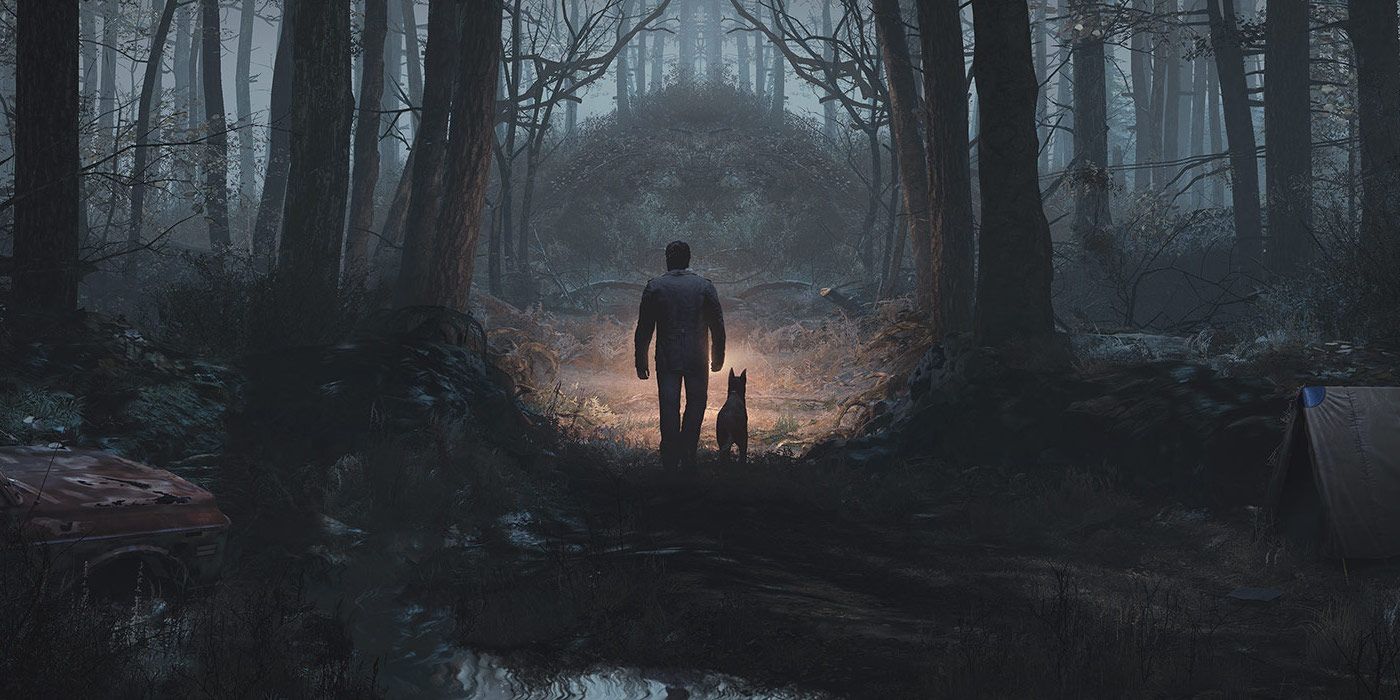 We went hands-on with Blair Witch, just in time for the new trailer reveal at Gamescom. The new Blair Witch video game is gearing up for its August 30 release date, and Gamescom saw the release of a new trailer for the highly-anticipated horror title. Based on the cult horror series started with 1999’s The Blair Witch Project, Blair Witch is the latest entry in the storied lore of the titular villain who haunts Maryland’s Black Hills Forest.

Developed by Bloober Team, Blair Witch is a first-person survival horror game about a man searching for a missing boy in the Black Hills Forest. Naturally, he gets lost and things start to get scary. Set in 1996, two years after the events of The Blair Witch Project, this video game still draws on the found-footage pedigree of its progenitor, cleverly turning video cassette recordings into a key gameplay mechanic.

A new trailer for the game was revealed at Xbox’s Gamescom press briefing. During a pre-Gamescom event in New York City, though, we had the chance to go hands-on with Blair Witch and experience some of the terror for ourselves. The story and characters are intriguing, the environments and puzzles are immersive, and the terror is genuine. While we only experienced a thin vertical slice of Blair Witch, we can’t wait to see what the full game has in store.

The trailer for Blair Witch carries a lot of promise. While previous Blair Witch films stress extreme realism through their found-footage trappings, the game appears to be more of a psychological thriller. The player-character, Ellis, is a former cop looking to redeem himself by finding the lost boy in the woods. As for what he needs redemption for, it’s anyone’s guess at the moment, and surely one of the mysteries that will be revealed as the game’s story goes on. At a glance, Blair Witch could be described as Outlast meets Silent Hill. Bloober Team certainly has the pedigree to live up to the license, as their previous titles include celebrated horror titles Layers of Fear and Observer, the latter of which starred the late Rutger Hauer in one of his only video game roles.

The demo we played featured five short segments from throughout Blair Witch, showing off the variety of gameplay players can expect from the full experience. The first scene found Ellis coming across an abandoned search camp. Ellis arrived late to the search party, and everyone else had gone off without him. Nevertheless, Ellis and his trusty canine companion, Bullet, set off in search of the missing child. This sequence showed off the environmental storytelling well-suited to the first-person adventure genre. Ellis can interact with many objects throughout the environment, usually with an accompanying voice line to add flavor to the proceedings. He can also pet Bullet, reprimand him, and send him to search for items and clues.

Later on, we came across a small logging village hidden in the woods. After finding a VHS cassette and playing it on Ellis’ handheld camera, we uncovered a strange connection between the events of the VHS tape and the woods. The tape featured a man running through the same village Ellis was exploring. When playing the video, the man opens a door, a door which is normally locked in Ellis’ world. However, when he opens the door in the tape, the door is opened for Ellis. Thus, by pausing the tape at the right time, Ellis can reach previously unavailable areas and progress through the story. This was just one use of the VHS mechanics in gameplay, and one can imagine there will be more varied and complex puzzles to solve later on.

Another portion of the demo featured Blair Witch‘s version of combat, which relies on quick reflexes, jump scares, and the most powerful weapon in a horror environment: a trusty flashlight. Though the trailer showed Ellis with a gun, there was no combat in the demo we played. Instead, there are segments where monsters are hidden in the environment, and Ellis has to shine his light on them to repel them back from whence they came. At first, it paid to have a keen eye and be wary of movement and unsettling shapes in the scenery, but this sequence was pretty easy. In fact, there were multiple instances where we scared away monsters without even realizing it, just by accidentally keeping the light on them while scouring the environment. It’s not exactly Alan Wake, but combat is not the key focus of Blair Witch, so we’re not too concerned if this element becomes tired early on in the game.

Finally, the last portion of the Blair Witch demo took us to one of the most iconic locations in all of horror, the infamous cabin that played host to the original movie’s shocking ending. The team at Bloober was given access to behind the scenes material while putting together the virtual cabin, including the actual floor plans for the building. Still, rather than retread the same ground as the 1999 classic, this Blair Witch story goes all in on the supernatural imagery that just wouldn’t be feasible in a micro-budgeted indie horror flick. There’s also a cool mechanic where the fold-out screen on Ellis’s camcorder displays imagery and hidden messages which he (or the player) can’t see with their naked eyes in the game world. It’s simple, but surprisingly effective in action.

The breakneck pacing of the demo isn’t necessarily representative of the final game, since the five chunks we played were pulled from various chapters across the whole experience. Nonetheless, the demo focused on gameplay and straight horror, leaving much of the core storyline, lore, and psychological elements a complete mystery. The lore of Blair Witch is staggeringly deep, mixed between movies, comics, novels, mockumentaries, and even a trio of episodic video games released back in 2000. If Blair Witch lives up to its potential as a character-driven horror game with a balanced mix of jump scares, uncomfortable tension, and cerebral gameplay, it could easily turn out to be one of the standout horror titles of 2019, and a key pillar of the Blair Witch mythos.

Blair Witch releases on August 30 for Xbox One and PC.

More: The 14 Scariest Video Games Of All Time