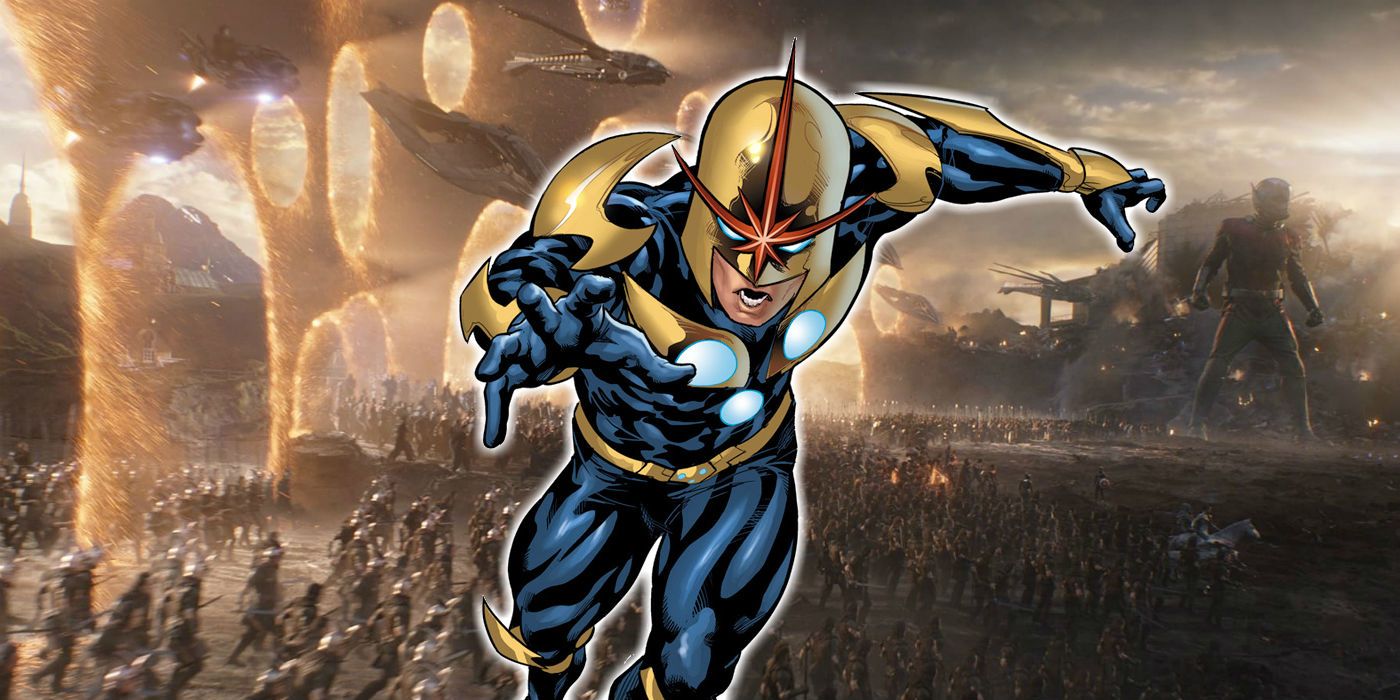 Richard Rider aka Nova has a secret role in Avengers: Endgame‘s final battle, or at least that’s what co-director Joe Russo jokingly said. The Marvel Cinematic Universe had its biggest event ever earlier this year. The remaining heroes from Avengers: Infinity War‘s ending traveled through time to collect the Infinity Stones and reverse the Decimation that Thanos brought. The result was almost every hero the MCU has introduced over the last eleven years standing and fighting side by side in the ruins of Avengers HQ.

The finale of Avengers: Endgame treated fans to more unexpected team-ups, long-awaited reunions, and some fun Easter egg characters. Howard the Duck was part of the fight along with the more notable heroes the MCU has to offer. The battle brought together the Avengers, the Guardians of the Galaxy, the Masters of the Mystic Arts, Asgardians, Wakandans, and more together. But, many fans wanted to see Richard Rider as part of the fight too. Kevin Feige has said he has ‘immediate potential’ to be part of the MCU and now the directors of the film are jokingly saying he was included.

In a new Q&A video from Wired, directors Anthony and Joe Russo tackled more fan questions about Avengers: Endgame. At the very end of the video, they were asked why the Nova Corps as a whole were not present for the epic showdown. But, that’s when Joe Russo jokingly said that their leader Richard Rider is hidden in the scene as an Easter egg, ”Look closely at that scene again and you will see… Richard Rider in the background of a shot. Easter egg.” Update: ComicBook reached out to the Russo brothers and confirmed they were joking. Joe Russo said via email: “That was actually a joke on our part.”

Joe convincingly delivers this line, but its the manner in which it was revealed that makes this feel like one of the Russos’ latest examples of trolling fans. They know that fans will quickly latch on to new information about Avengers: Endgame and have not shied away from having fun with that. Whether it was their cryptic teases from the set, trolling fans over the title reveal, or manipulating footage to throw fans off the scent of the film’s real plot, this appears to be another example of them fooling everyone. If it isn’t though, then no fan has spotted Nova to this point.

That said, the idea of Nova or any other MCU character secretly being present at this climactic battle is a fascinating one to consider. Upcoming characters like Shang-Chi, Yelena Belova, or the Eternals could possibly be revealed to be part of the battle in future films. In any case, it could be interesting to revisit the fight through a more personal lens later on. Any of these possibilities would undoubtedly be retcons, but maybe we haven’t seen the last of Avengers: Endgame‘s finale after all. And even if the Russos are joking about this possibility now, Marvel could like the idea and make it a reality eventually.

MORE: Avengers: Endgame Has A Hydra Easter Egg Nobody Caught