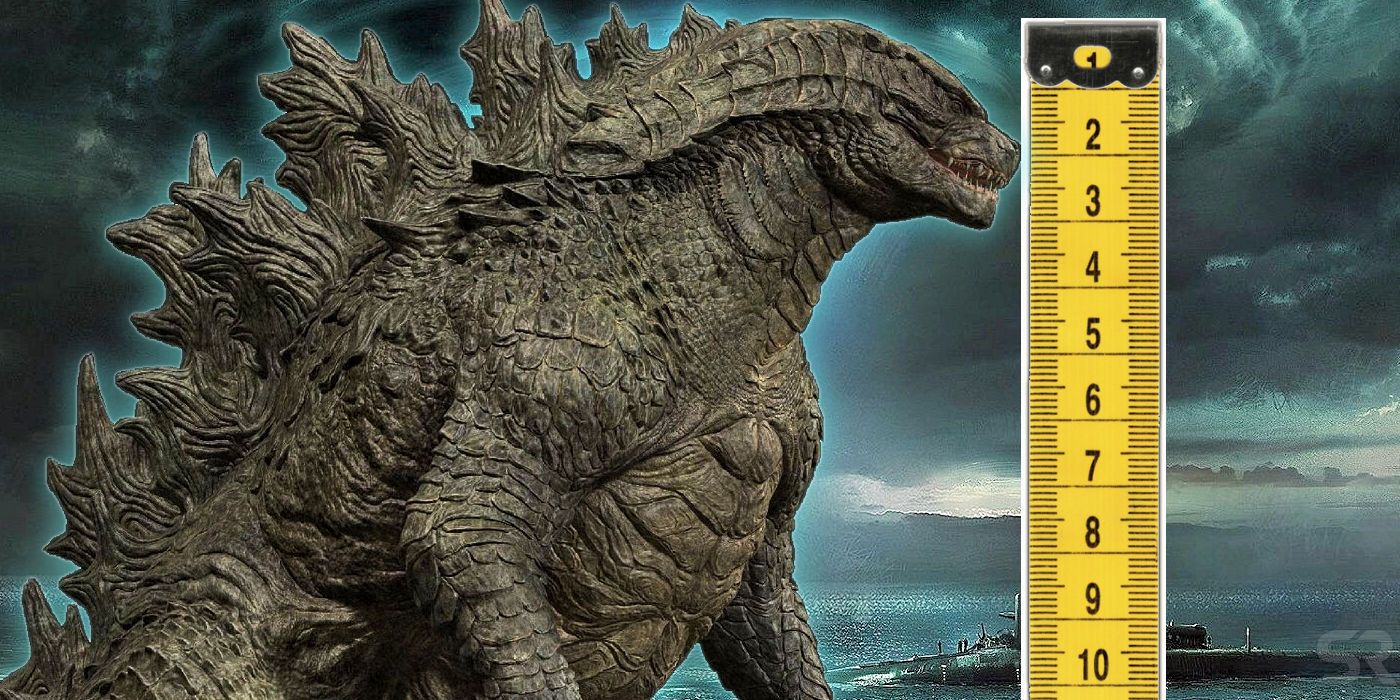 Godzilla was even taller in Godzilla: King of the Monsters than he was during the events in San Francisco in the previous film – but why is he bigger and how does his new size compare to other versions of Gojira? When Gareth Edwards’ Godzilla reboot released in theaters in 2014, the version of the iconic kaiju from Legendary Pictures was one of the tallest versions ever – coming in at 108 meters (355 ft.) in height – going back to the original Toho films. And he’s even bigger now.

Since his debut in 1954, Godzilla has grown in height quite significantly – in almost as many ways as his powers have grown. Back then, he was 50 meters (164 ft.) tall, which seems quite tiny compared to the Godzillas of today. Throughout the rest of the 20th century, Godzilla’s height ranged from 60 to 80 meters (196 to 262 ft.), eventually breaking the 100-meter (328 ft.) barrier in 1991 during the Heisei era. But it wasn’t until 2014’s Godzilla – the first installment in Legendary’s MonsterVerse franchise – that the kaiju grew beyond 100 meters.

Related: How King Of The Monsters Directly Sets Up Godzilla vs. Kong

Shortly before Godzilla: King of the Monsters hit theaters, Legendary released the prequel comic Godzilla: Aftershock, which documented the kaiju’s battle with MUTO Prime. Apparently, sometime between 2014 and 2019 (as the MonsterVerse timeline flows in real-time), Godzilla grew from 108 meters to 119.8 meters (or 393 ft.) in height. This has since been confirmed by Godzilla’s profile on the Monarch Sciences website. Of course, the question now is, how did Godzilla grow so late in his life?

In the Aftershock comic, MUTO Prime damaged Godzilla’s dorsal fin, so it’s possible that his height increased when he regrew his dorsal fin. Another possibility, one that ties into Godzilla: King of the Monsters itself, is that the Oxygen Destroyer (and Dr. Serizawa’s hand-delivered nuclear bomb) helped Godzilla not only recover and become supercharged as Burning Godzilla but also grow even more. Whatever the case, the MonsterVerse’s Godzilla is now confirmed to be 393 feet tall.

At 108 meters, Legendary’s Godzilla was officially the tallest version at the time, but he was quickly overtaken by Godzilla Resurgence‘s kaiju in 2016, which was 118.5 meters in height. Then, the Netflix anime film Godzilla: Planet of the Monsters released in 2017 and included Godzilla Earth – a codename given to the biggest kaiju to date, coming in at over 300 meters in height, thousands of years into the future. Of course, while anime movies are one thing, in live-action, Legendary’s Godzilla is one of the biggest out there. And audiences will soon see him battle yet another foe on the silver screen in Godzilla vs. Kong next year.

Next: Everything We Know About Godzilla 3