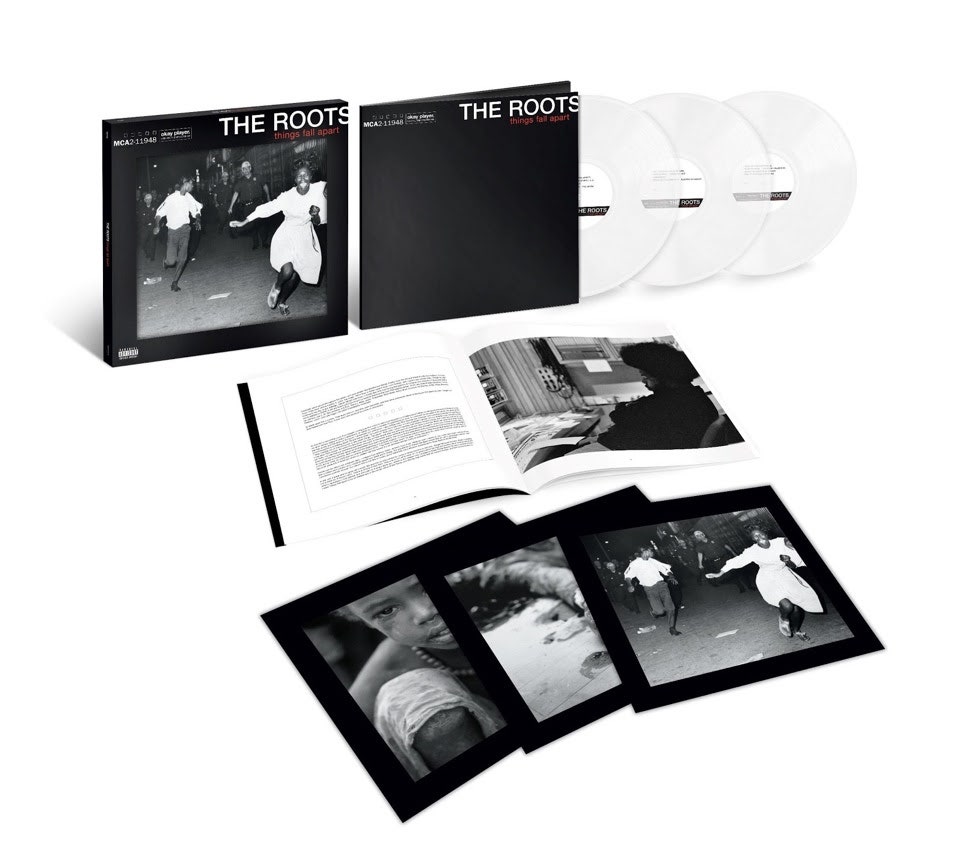 The Roots are reissuing a trio of albums from the 1990s: 1994’s Do You Want More?!!!??!, 1996’s Illadelph Halflife, and 1999’s Things Fall Apart. First up is the Things Fall Apart reissue, which is available September 27 via Geffen/UMe/Urban Legends. The deluxe edition will include a remastered version of the record, bonus tracks, rare photos, essays from Black Thought and Questlove, and liner notes from Questlove.

In a statement, the Roots said, “We’re looking forward to going back to the vault to revisit our original recordings from the studio and we’re excited to celebrate these albums by really delivering something special for our fans.”

The Roots’ last studio LP was 2014’s …And Then You Shoot Your Cousin. Read “Questlove on Why Music Festivals Matter and How to Do Them Right” over on the Pitch.

Kate Spade 24-Hour Flash Deal: Get a $230 Wallet for Just $55
Mary Cosby returning to ‘RHOSLC’ in friend role amid cast shakeup
Eva Green Responds Under Oath After Leaked Messages Show She Called Crew Peasants And An Investor ‘A F***ing Nightmare’
Ashley Greene Reveals What Goes Down in the Twilight Text Chain
Below Deck’s Fraser Olender Wants To Be The Godfather Of Kate Chastain’s Baby