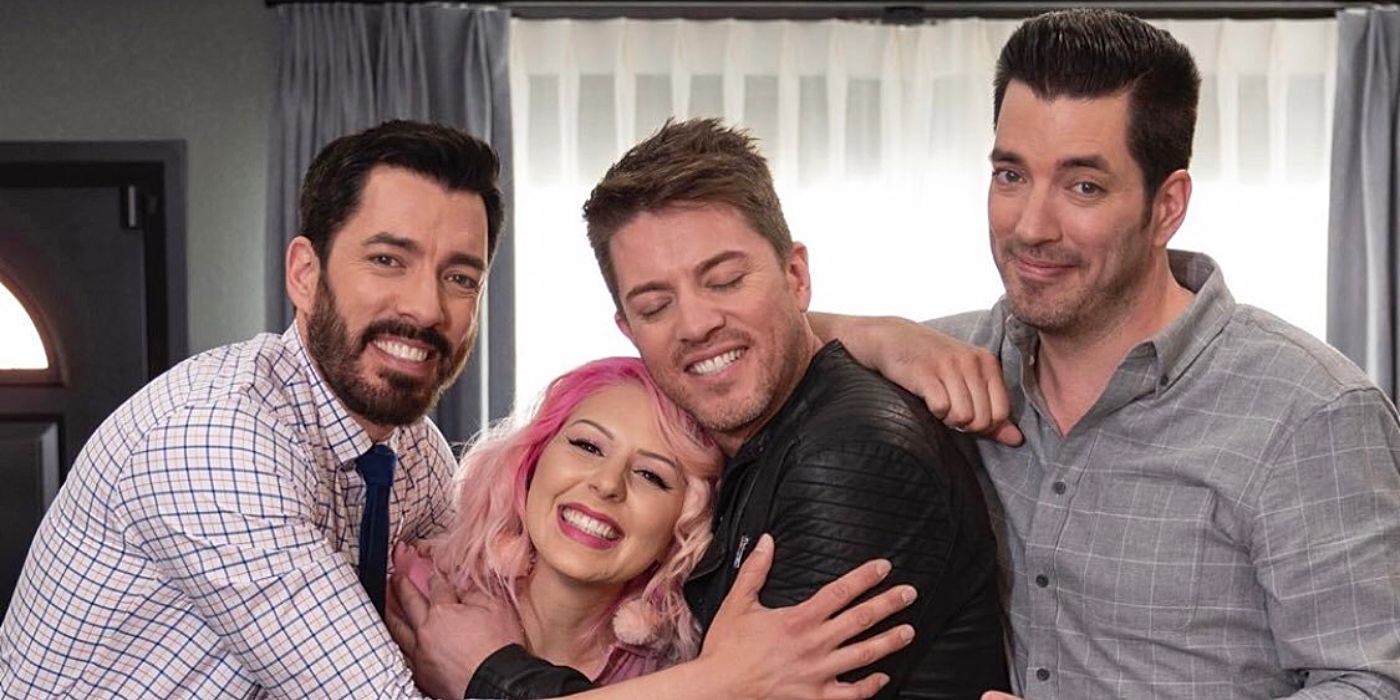 Property Brother: Forever Home’s eldest brother JD Scott is finally planning his dream wedding with his make up artist fiancée Annalee Belle. The couple has been through a lot this past year as JD has been fighting a rare illness and now has a second chance at life.

The Property Brothers, a staple of HGTV since 2011, consists of twin brothers Jonathan and Drew Scott who help couples transform their fixer-uppers into dream homes, with the help of the third property brother, JD. Over the course of the last 14 months, JD has had debilitating and life-threatening medical issues and has been in and out of the hospital with strange symptoms which left him feeling like he was dying. Since the results of all of his tests are still inconclusive, he and his girlfriend received very few answers. JD still suffers from his symptoms daily, but with the constant support of Annalee never giving up on finding solutions. She has helped him manage his symptoms by helping him change his diet, and he now has a new outlook on life. After his life-changing medical scare, he proposed to Annalee on Halloween of last year and the couple is planning on marrying this fall.

According to People, Annalee has finally found the perfect dress to walk down the aisle in. During her bachelorette party weekend, she decided to try on dresses with some of her closest friends and family – including Property Brother star Drew’s wife, Linda Phan. The group went to multiple wedding gown shops before they finally found one that spoke to the bride-to-be. Annalee ended up at a Las Vegas shop called Brilliant Bridal, where she claims she found the perfect gown almost immediately upon walking into the shop, saying, “No kidding, the very first dress I tried on was the one.” She posted on Facebook <ahref=”https://www.facebook.com/AnnaleeBelle/photos/pcb.2010297929079266/2010297829079276/?type=3&theater” target=”_blank” rel=”noopener noreferrer”>pictures of her trying on wedding gowns. Check it out below:

She said that she “felt gorgeous” in the dress and that once she saw herself in it, she started crying – even more so when they accessorized the dress with the veil. She did say that she wanted to make sure it was the right one on the first shot by trying on several more dresses before deciding, but, ultimately, she said, “I did end up choosing that first one for my ceremony dress.” When asked to describe the dress, she said it was a “perfect mix of classy, sexy, fierce, feminine, dreamy and daring.” Annalee, who has her hair colored pink, says it will be anything but ordinary. She added, “Clearly anyone who sees me or knows me can tell I don’t like traditional anything.”

As these last 14-months have been hard on JD and Annalee, it seems the pair are getting out of the darkness that was his mysterious illness. The pair are optimistically looking toward the future and most importantly to their big day. Although they didn’t release the specific date they plan on marrying, they did say that it would be sometime during the fall. Now that darker times are behind them, Property Brother’s oldest brother can start getting excited about the new life he and Annalee are about to begin together.

Next: New HGTV Series Stay or Sell Helps Homeowners Who Love Their Neighborhoods