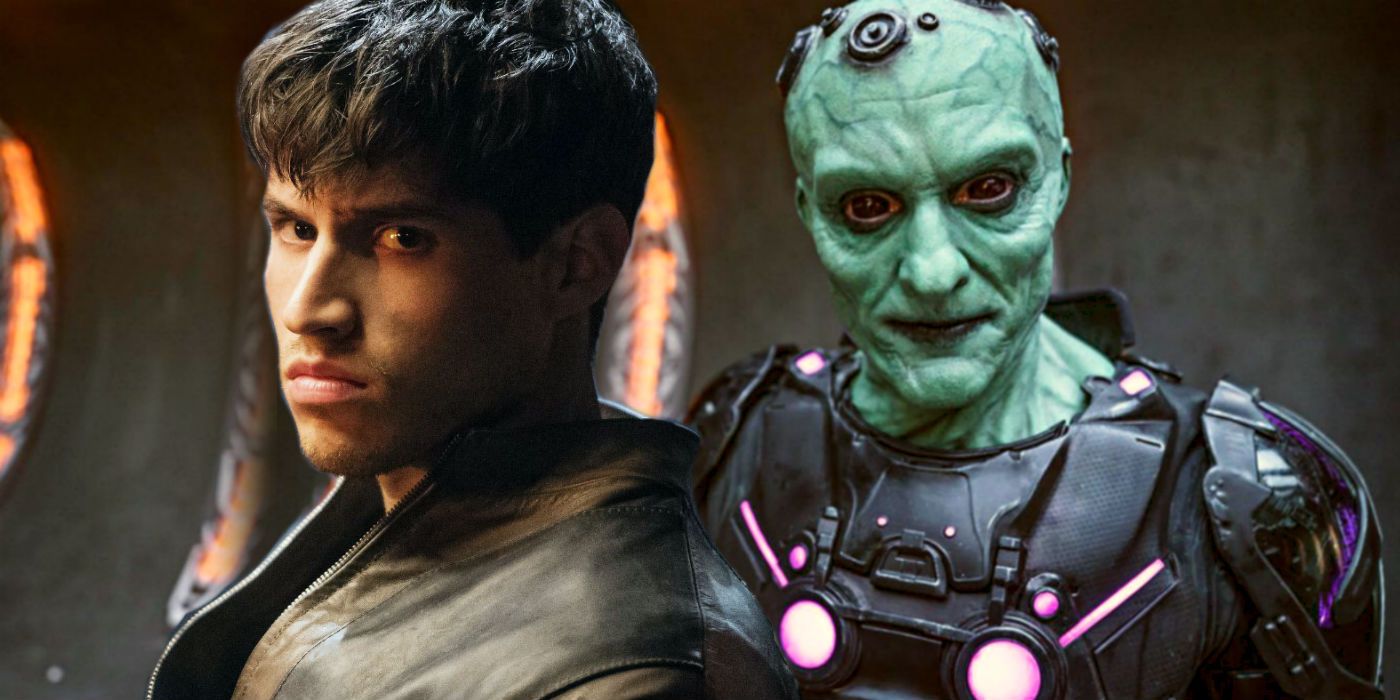 The season 2 finale of Krypton reveals that Brainiac (Blake Ritson) plans to make Jor-El the new Superman. Jor-El, son of Seg-El (Cameron Cuffe) and the future father of Superman, was kidnapped in episode 7 – presumably because of Brainiac’s interest in the House of El’s bloodline.

After Seg and Nyssa (Wallis Day) succeeded in getting Brainiac out of his head, Nyssa decided that she wanted to change the name of their son, Cor-Vex, because she no longer wanted him to be associated with the “Vex” family name. At the suggestion of Val-El’s hologram, Cor-Vex was renamed Jor-El. It was a key moment that confirmed the identity of Superman’s grandmother and revealed that Superman’s father had secretly been a part of the show from the beginning. Unfortunately, their time with Jor-El was cut short when Brainiac gained a new body and took the child. So far, the pair have been unable to find them.

Related: Krypton Has Introduced One Of The Comics’ Cheapest Story Tricks

In the final episode of Krypton‘s second season, titled “The Alpha and the Omega,” Seg and Lyta (Georgina Campbell) finally defeat General Zod (Colin Salmon). In the aftermath of the battle, Seg agrees to help Lobo (Emmett J. Scanlan) find Brainiac so he can rescue his son. Meanwhile, Brainiac’s plans for Jor-El are finally made clear. Brainiac intends to take Jor-El to Earth, where he will be a “god amongst men.“

Brainiac is of course referring to the effect the yellow sun has on Kryptonians. The yellow sun is the source of Superman’s powers, so essentially what Brainiac wants is his own Superman – a super-powered Kryptonian under his control. If Brainiac were to follow through with his plan, conquering Earth wouldn’t be a difficult task. Since Krypton takes place approximately 200 years before the birth of Superman, Earth will have no Justice League, or any other superheroes capable of defending the planet from a being of Superman’s caliber.

An obvious problem with Brainiac’s plan is Jor-El’s age. As a baby, Jor-El is too young to be a weapon for Brainiac, which suggests that Brainiac has quite a while to wait. If that’s the case, that will buy time for Seg, Lobo, and Nyssa to catch up to them. It’s possible that when this happens, Brainiac will set his sights on Seg instead. If so, it could lead to something that DC fans have been hoping to see since the series began. Krypton‘s first two seasons have been loaded with references that compare Seg with Superman, but the storyline for season 3 could take this even further by putting Seg under the yellow sun and granting him the full power of the Man of Steel.

More: Krypton May Have Set Up Hawkman For Season 3