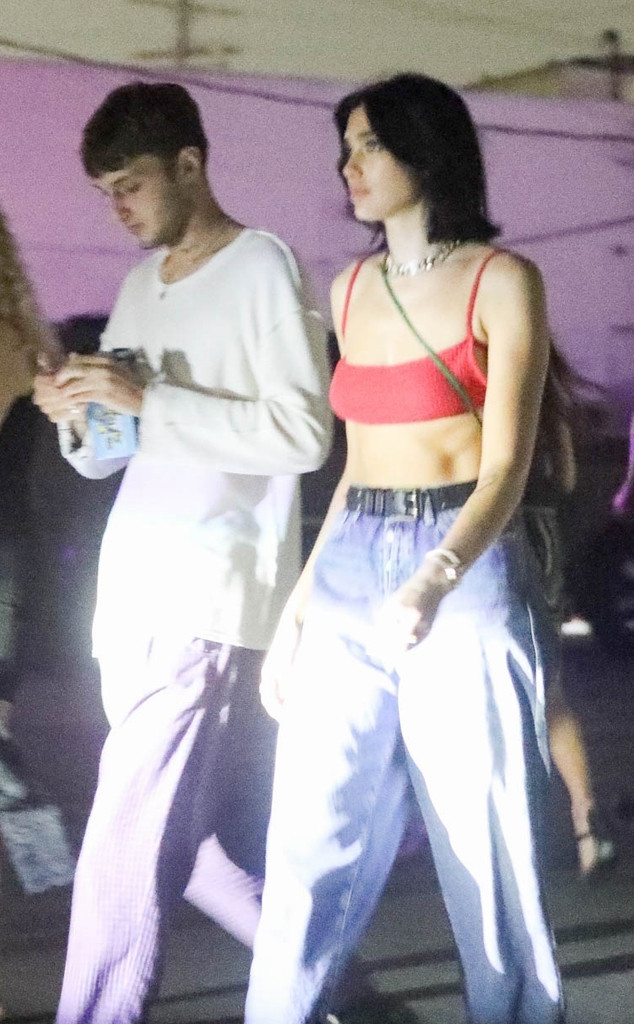 Things continue to heat up between Dua Lipa and Anwar Hadid, after their romance went international.

The 23-year-old British singer and supermodels Gigi Hadid and Bella Hadid‘s younger brother were spotted together again on Thursday, at Mark Ronson‘s Club Heartbreak show at Catch One in Los Angeles.

Lipa and Anwar, 20, arrived early together with friends, including model Kaia Gerber. Lipa and Anwar left together around midnight, an eyewitness told E! News.

“They looked good together,” the eyewitness said. “Anwar was on his phone as they left, texting, but they walked close together and she had her arm in his. They took their time talking to friends before leaving and saying goodbye.”

The “New Rules” singer wore a red crop top and blue jeans to the show. Anwar shared on his Instagram Story a cute video of Lipa wearing the same outfit and dancing indoors like nobody’s watching…until he does.

He included some red heart emojis.

Earlier this month, Lipa brought Anwar to Pristina, Kosovo, where she performed at the Sunny Hill Festival, an annual event she helped launch last year to help raise money for the citizens of the country, where her Albanian parents are from.

Lipa and Anwar have not talked about their relationship, but appeared to become Instagram official when she posted on her page a photo of the two at the festival.

The two first sparked romance rumors in July, when they were spotted getting cozy at the British Summer Time Hyde Park music festival in London.

Days later, Anwar supported Lipa as she performed at Amazon’s Prime Day concert in New York. The two were also spotted walking in the city.