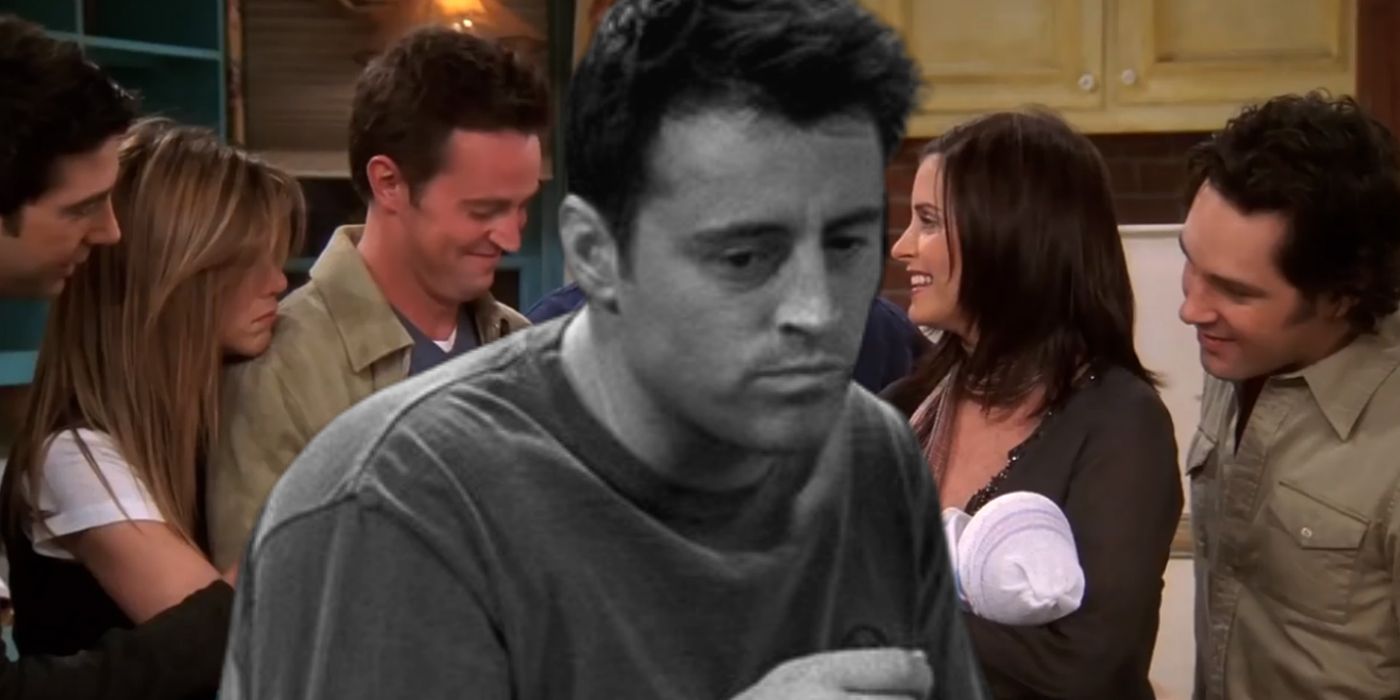 The final season of Friends gave closure to the main characters, but by the end of the season, Joey’s arc felt incomplete. Friends did its best to give all of its characters a happy ending in its series finale, but it’s fair to say it struggled to do this for Joey Tribbiani (Matt Le Blanc) more than any of the others.

Joey was the “ladies man” of the Friends group, always jumping from one date to another and rarely having a serious romantic relationship. He had an almost childish personality at times but was also a very loyal and caring friend. The most important relationship he had was with Rachel, considered by some fans to be the couple that should have lasted until the end. Sadly, that was not the case. Rachel and Ross got back together, and Joey was left as the eternal bachelor – and that’s what made his arc feel incomplete.

Friends ended with Monica and Chandler moving out of the apartment with their twin babies, Phoebe and Mike were married, and Rachel and Ross got back together after she got off the plane and went back to stay with him and their daughter, Emma. But Joey didn’t get an ending of any kind, and was left as the ladies man he had always been, despite having expressed in prior episodes that he was ready to have a committed relationship.

For years, viewers expected Phoebe and Joey to end up together, as they always had a very strong bond, but that was left behind once Mike was added to the series. As mentioned above, some fans wanted to see Joey ending up with Rachel, but the writers had other plans in mind. The creative team behind Friends could have built a better ending for Joey the way they did with Phoebe, who met Mike in season 9. That way, audiences would have gotten to see Joey in the beginning of the serious relationship he was ready to have, instead of ending alone – single and without his best friends living across the hall.

Of course, the ending given by Friends made way for his spin-off series Joey, which didn’t last long. By the end of it, he was in a committed relationship with his next-door neighbor, Alex Garrett. A different outcome in Friends probably wouldn’t have prompted a spin-off – or maybe one with a different approach, instead following a new facet of the character we didn’t get to see much in the main series.

Next: What Happened To Joey After Friends Ended

See Adele’s Most Relatable Reaction to Seeing Shania Twain at Her Show
The Best Books of the Year According to The New York Times
The Masked Singer Preview: Ken Jeong Makes a Bold Guess
Will Elton John’s Sons Follow in His Musical Footsteps? He Says…
Sarah Hyland Threatened to Walk Out of Wedding If Wells Adams Didn’t Cry