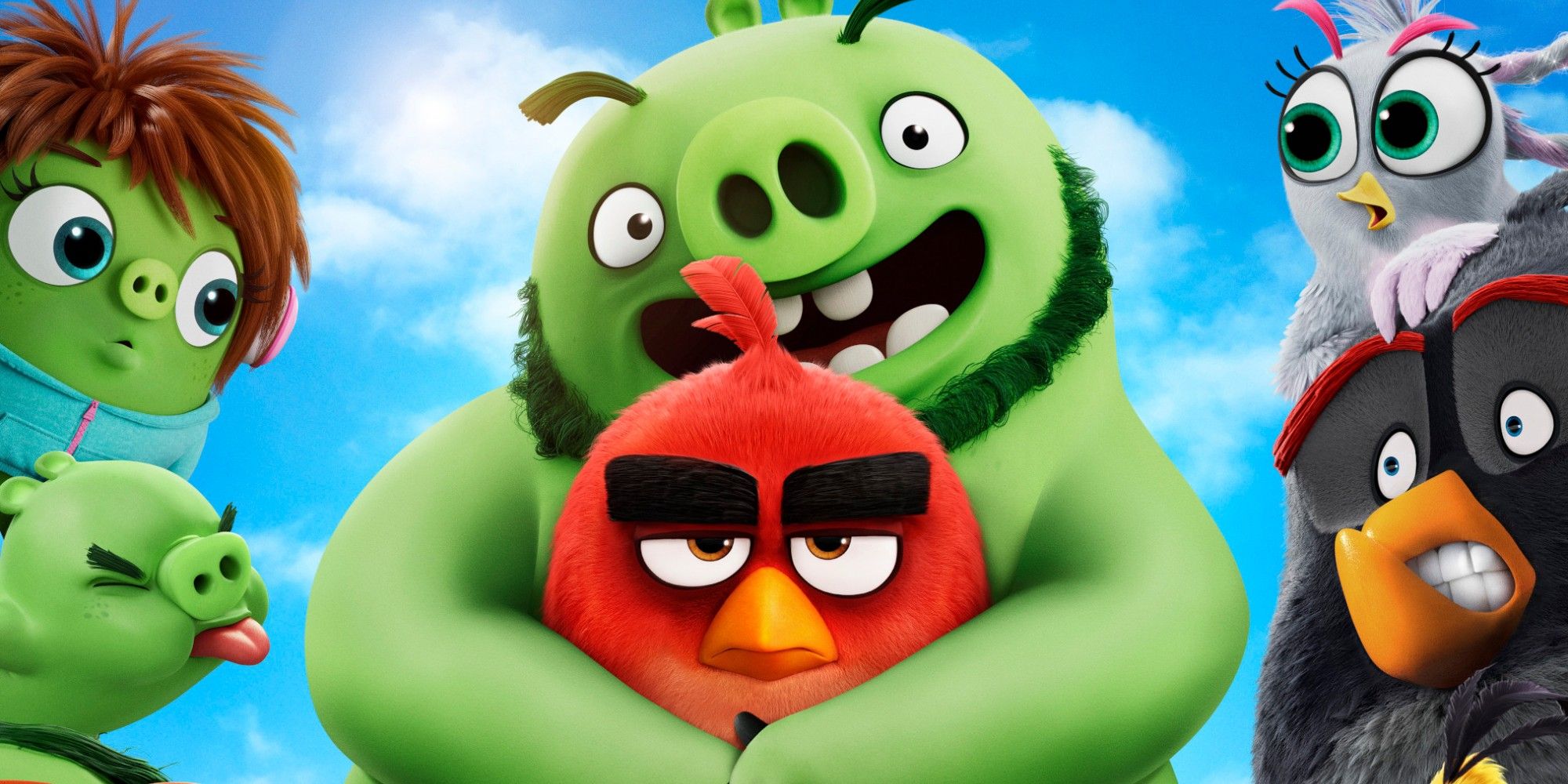 Angry Birds Movie 2 has no delusions about it own slightness and makes up the difference with gleefully silly, yet unexpectedly clever cartoon mayhem.

The Angry Birds Movie 2 is, frankly, more entertaining than it has any right or need to be. What could’ve easily been a slapdash attempt to continue cashing in on Rovio’s Angry Birds gaming IP-turned animated franchise is, instead, a zippy cartoon sequel bolstered by nonstop madcap humor (much of which is surprisingly inventive). Credit that to director Thurop Van Orman, who brings an eccentric and irreverent touch to his feature debut that recalls his efforts on the Emmy-nominated Cartoon Network series The Marvelous Misadventures of Flapjack. Angry Birds Movie 2 has no delusions about it own slightness and makes up the difference with gleefully silly, yet unexpectedly clever cartoon mayhem.

By the time Angry Birds Movie 2 picks up, Red (Jason Sudeikis) has become the hero of Bird Island and now spends his days battling Pig Island with the aid of his buddies Chuck (Josh Gad) and Bomb (Danny McBride). When the birds and pigs are attacked by giant ice balls fired by Zeta (Leslie Jones) from Eagle Island, Red and King Leonard Mudbeard (Bill Hader) agree to a truce and join forces to stop her, with assistance from Chuck’s sister Silver (Rachel Bloom), a brilliant engineering student. Together, they hatch a plan to infiltrate Zeta’s lair before she destroys their homes with her powerful ice machine. But in order to do that, Red will have to set aside his insecurities and learn to work alongside his team, instead of trying to play the hero on his own.

Part of what makes The Angry Birds Movie 2 surprisingly enjoyable is that it really takes advantage of the fact it’s animated, when it comes to crafting visual gags or set pieces. Whether it’s Red and Leonard playing tug-and-war with onscreen graphics or assembling their “heist” team in a self-aware riff on titles like Suicide Squad, the film is full of comedy that’s only possible because of the way animation allows storytellers to mess with the limits of reality. The birds’ light-weight feathers asides, there’s no attempt to ground this universe with realistic textures either (something most computer-animated movies aim to do nowadays). Angry Birds Movie 2 takes place in a playful, candy-colored cartoon world, and doesn’t pretend otherwise.

Narrative momentum is also key to the sequel’s success. The script by Peter Ackerman (Ice Age) and writing duo Eyal Podell and Jonathon E. Stewart (Cars 3) hits the ground sprinting (case in point: the main conflict with Zeta is introduced before The Angry Birds Movie 2 title card even appears) and never lets up. This allows the film to maximize the amount of runtime it devotes to tossing joke after joke at the wall, while also serving up simple but meaningful kid-friendly lessons about the importance of being a team player and learning to give people credit where it’s deserved. There’s always another ingenious bit of visual humor or slapstick around the corner too, to help compensate for the simplicity of the plotting.

With a voice cast this loaded with terrific comedy actors, it’s little wonder the vocal work in The Angry Birds Movie 2 is equally lively and energetic. In addition to the main crew and returning players like Peter Dinklage (as Mighty Eagle), the film’s supporting ensemble – which includes Awkwafina, Sterling K. Brown, Zach Woods, Eugenio Derbez, Pete Davidson, and Niki Minaj – lend some needed personality to the many characters here. Bloom, in particular, is a standout as new addition Silver. Whereas other recent family movies have given their female leads an interest in STEM in place of an actual personality, Silver is an aggressively chipper Type A foil to Red and plays to the Crazy Ex-Girlfriend co-creator/star’s strengths as a performer.

Its plot is pretty lean even by kids movie standards, and there are more pop culture references and needle drops of modern pop songs and classic tunes than you can shake a stick at, but The Angry Birds Movie 2 is still somewhat shockingly fun. Overall, it seems as though Orman and his team were well-aware of the low expectations from the get-go and, rather than phoning things in, decided to use the sequel as an excuse to exercise some real creativity and ingenuity instead. Those who skipped the first movie can feel comfortable about ignoring the followup too (it’s not that good), but anyone with a passing interest in another Angry Birds adventure may find its ridiculousness offers a welcome break from their everyday lives.

The Angry Birds Movie 2 is now playing in U.S. theaters. It is 96 minutes long and is rated PG for rude humor and action.