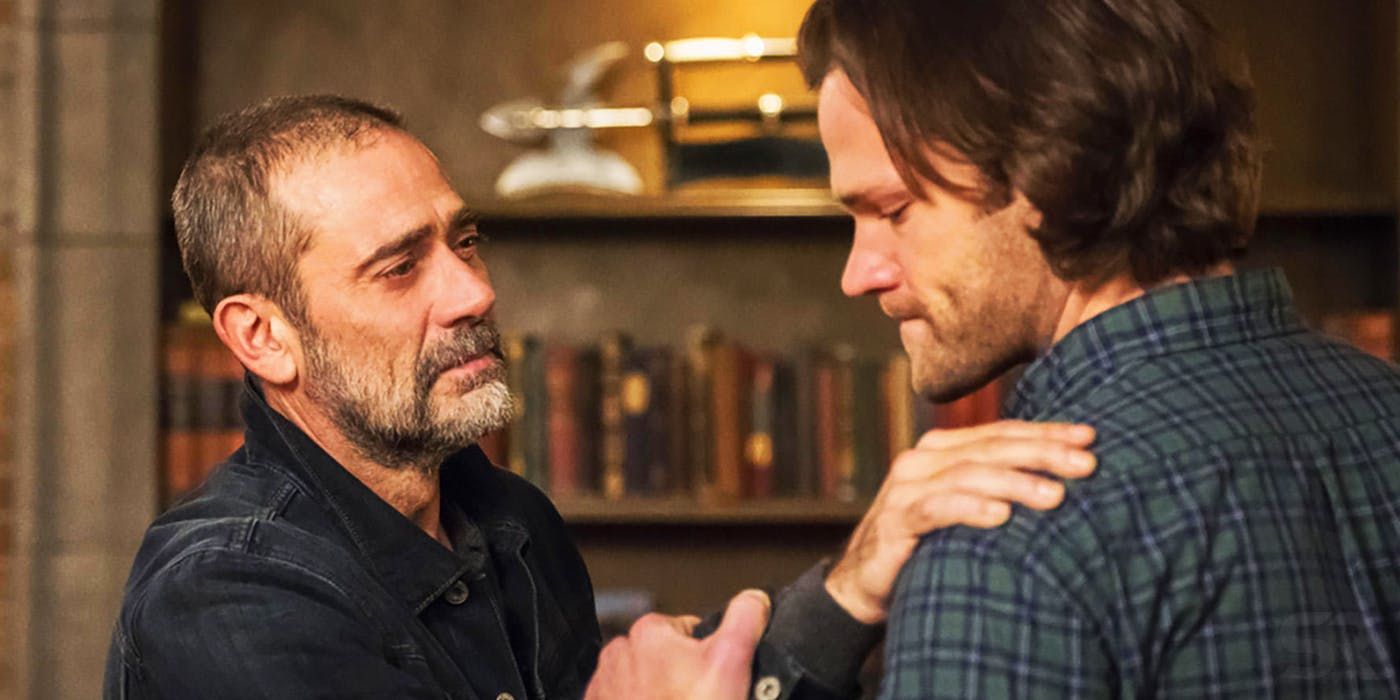 Jeffery Dean Morgan is not likely to appear in the final season of Supernatural. While details about the end of the long-running show are being kept under wraps, fans shouldn’t expect Morgan to make another big return.

Morgan played John Winchester, Sam and Dean’s father, in the first two seasons of Supernatural. Arguably the driving force of the story in its early days, it was John’s disappearance that initially led his two sons down the path of saving people and hunting things. John would be found by the end of the first season, though the reunion would ultimately be tumultuous and short-lived. Offering his life in order to spare Dean’s, John dies in the second season premiere. Although the show has often resurrected characters or found other ways to bring familiar faces back, Morgan didn’t appear on camera as John for over a decade after his character’s demise. That changed for the 300th episode, “Lebanon”, which saw Morgan return for a reality-altering reunion.

Related: Supernatural: Every Character Who Died (& Never Came Back)

According to one of Supernatural’s writers, that reunion is unlikely to be repeated. As reported by CBR, while speaking at the Television Critics Association press tour recently, writer Eugene Ross-Leming indicated that the patriarch of the Winchester family wrapped things up perfectly when he returned for the milestone episode. Leming, who’s also one of the show’s executive producers, didn’t completely rule out the possibility that Morgan might appear, but felt it would be hard to top the exit already written for him.

In “Lebanon”, the 13th installment of season 14, John is accidentally pulled out of the past and brought to the present where Dean, Sam, and his wife Mary are still alive. The reunion is again brief, as John’s presence creates a timeline where the Winchester brothers never team up to continue their family’s legacy as hunters. Though reluctant and emotional, a decision is reached to correct the course of events by sending John back to his own timeline. The episode was heavily promoted, and also included the return of Kurt Fuller as the duplicitous angel Zachariah.

Even without a cameo by Morgan, the last 20 episodes will come with no shortage of surprises. Jake Abel, who’s portrayed Winchester half-brother Adam, will be popping up for the first time since the fifth season, and that’s sure to be only one of the ways that closure will be felt by the show’s devoted audience. With the actors stressing the importance of a satisfying ending, and with even The CW’s president reluctant to part with the show, everyone involved seems to acknowledge the importance of Supernatural’s final season.

More: Supernatural: 10 Easter Eggs Everyone Missed in the 300th Episode