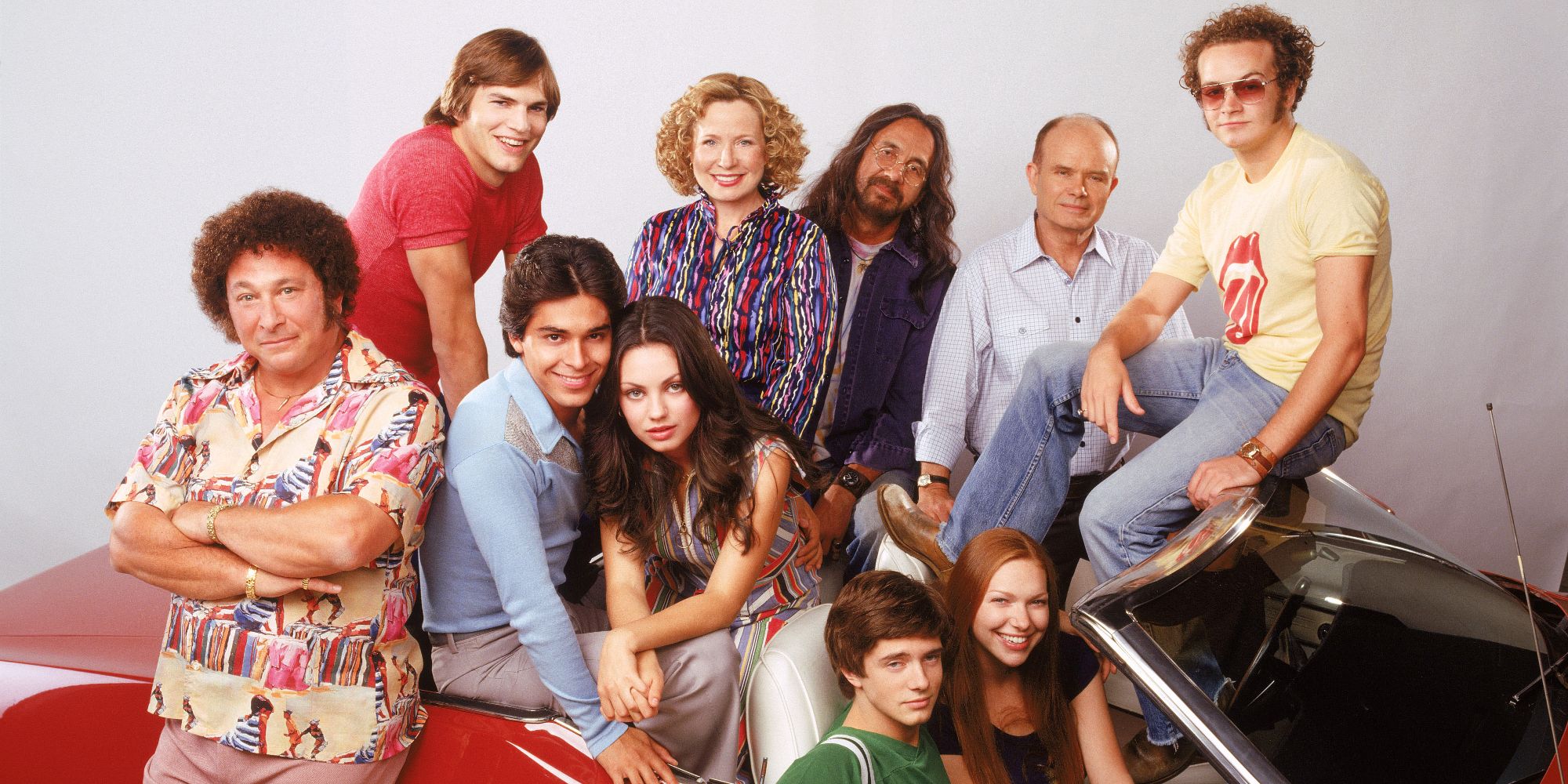 Here’s how That ’70s Show wrapped up the show – and decade – in style. That ’70s Show first arrived in 1998 and quickly became an audience favorite. The series followed a group of friends in 1970s Wisconsin and their various comic misadventures. While the series didn’t exactly reinvent the sitcom formula it featured a lot of great characters and served as the launching pad for a number of young performers like Topher Grace, Mila Kunis, Ashton Kutcher and Laura Prepon (Orange Is The New Black).

While That ’70s Show’s focus was on the teenagers, Red and Kitty Forman – the parents of Grace’s Eric – became cult favorites too, thanks to the performances of Kurtwood Smith and Debra Jo Rupp. The success of the series would inspire the short-lived That ’80s Show, which sought to replicate the success of That ’70s Show but only lasted one season; the show is notable for providing It’s Always Sunny in Philadelphia’s Glenn Howerton with his first lead role. That ’70s Show also spawned a British remake called Days Like These. The show remade scripts used for episodes of it’s U.S. counterpart, but like That ’80s Show, it came to a swift end.

Related: That 70’s Show Aired Out of Order, Here’s The Right Way to Watch

That ’70s Show came to an end with season 8 in 2006. By that point, some of the cast had already moved on, with both Grace and Kutcher departing the show. Josh Meyers was considered as a potential recasting of Eric, but once it was decided this would just annoy fans, a new character called Randy was created for the actor instead. Season 8 is typically considered the weakest, though That ’70s Show finale did manage to close out the series on a funny, emotional note.

That ’70s Show finale is set on the last day of 1979, with both Eric and Kelso (Kutcher) returning to spend time with friends and family. Eric and Donna have an emotional reunion and while the show doesn’t make it clear, it later confirmed they got back together. The friends reminisce about the decade, Red and Kitty decide not to move to Florida after contemplating it for a couple of episodes, and Kelso falls off the water tower – again. Randy only makes a brief appearance during the finale, since the character wasn’t hugely popular with fans.

That last scene of That ’70s Show’s has the main gang back together for one final circle before they head upstairs to count down to 1980. Eric declares the last person up has to insult Red, and when Kelso is last, he puts on the “stupid helmet” and goes to meet his fate. The last shot is of the empty basement as the New Year count down is heard, and when it reaches “one” the credits roll. That ’70s Show finale was a great ending to 200 episodes, and while season 8 was a mixed bag overall, the show ended strong.

Next: Where Are They Now: That ’70s Show