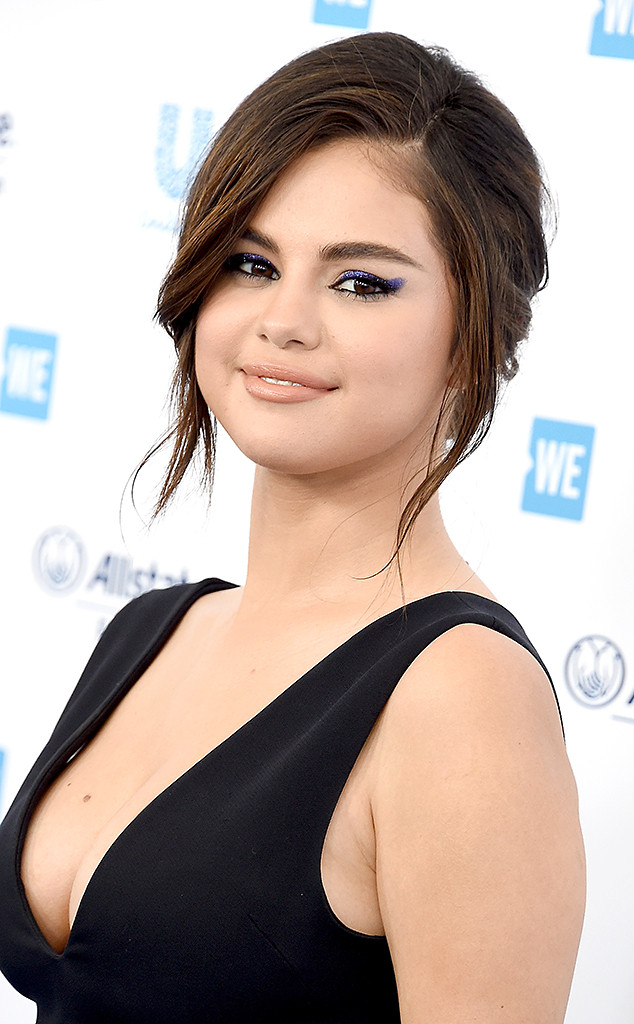 Speaking to E! News at the We Day California event, the “Bad Liar” songstress was tight-lipped about the possibility of releasing new music soon. “I can’t say that,” she said with a sly smile and laugh. “I get in trouble too much.”

Instead, the 27-year-old star revealed the incredible resources the organization offers and why she continues to be apart of it.

“I’ve known this organization for over six years,” she began. “I know the people behind it and how much effort they put into encouraging kids to do something.”

The star-studded ceremony marked Gomez’s first red carpet appearance in nearly a year, and she dazzled in a navy Dior dress and brightly-colored makeup (she wore dramatic purple liner on her lids).

For her, she felt she needed to take a break from the spotlight, but this was the one exception.

“As of now, I’m not really going out that much,” the “Taki Taki” singer shared with E! News. When asked why, she put it simply, “Cause I needed it.” However, she admitted she’s “excited” to see what happens. So there’s a chance we’ll be seeing more of her.

During the ceremony, which took place at The Forum in Los Angeles, Selena told the audience, “It’s the best day of the year, it’s We Day.” Further adding, that the crowd “earned” their spot there “through their service to make their communities safer, greener and more inclusive.”

In a press release, the 26-year-old actress explained this event always leaves her “feeling inspired and hopeful,” because of how “incredible, positive and passionate” people are to “change the world.”

“I’m so proud to celebrate young people’s year of social change and to remind them that together, we are an unstoppable movement dedicated to a brighter and better tomorrow,” her statement read.

If you missed out on We Day this year, ABC will broadcast it on Friday, August 9 at 8 p.m. ET.The WE Day Special is sponsored by title partner The Allstate Foundation, and by presenting partners Walgreens and Microsoft.