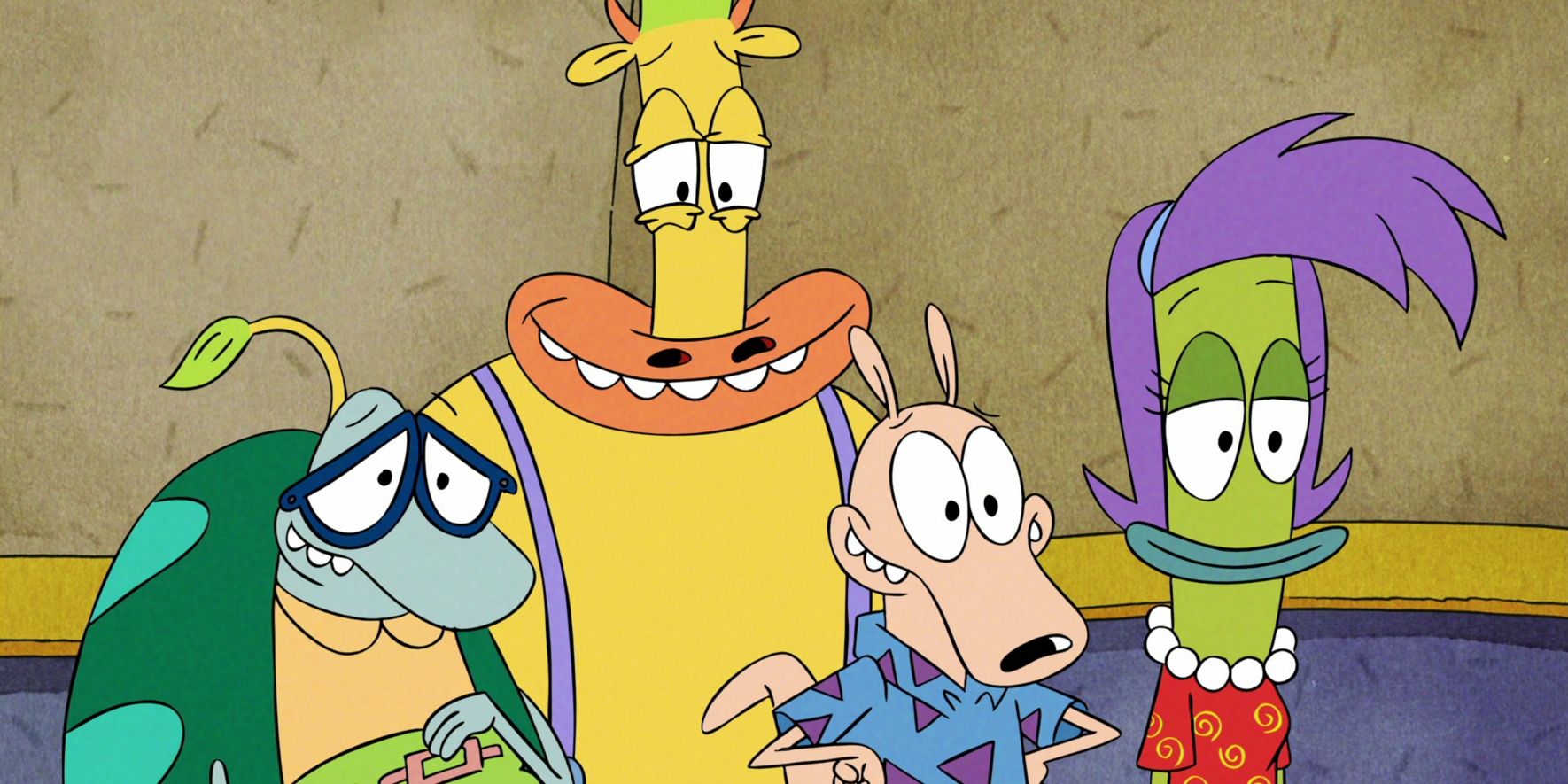 Netflix’s new animated special, Rocko’s Modern Life: Static Cling, features the significant appearance of a character coming out as transgender. The special is a continuation of the surreal animated comedy series that ran for 52 episodes over four seasons from 1993 to 1996. It featured a compassionate wallaby who just wants to live a peaceful life but is pulled into frenetic situations by the recklessness of those around him.

The ending of Rocko’s Modern Life saw central trio Rocko, dim-witted steer Heffer and neurotic turtle Filburt ending up floating around in space after the latter’s children crashed a rocket ship into Rocko’s house. The Netflix special now sees them returning to Earth and having to cope with how modern life has drastically changed and advanced in the 20 years of their absence. The story sees Rocko attempting to revive his favorite TV show The Fatheads, which he spent his time in space watching and his horrified to learn has since been cancelled, it being the sole remaining link to the past he doesn’t want to leave behind.

First reported by EW, it’s revealed that the character of Ralph from the ‘90s series, the offspring of Rocko’s neighbor and nemesis Ed Bighead and his wife Bev, is transgender and now going by Rachel. When Rocko becomes convinced the direction of The Flatheads revival will ruin it, he tracks down Rachel, who originally created it, and convinces her to return to save it, and in doing so save O-Town from bankruptcy. The story features Rachel’s father refusing to acknowledge her identity, playing into the episode’s themes of people sometimes being slow to accept that things can’t stay the way they might want them to or remain how they initially perceived them to be. The storyline also reflects how many young people’s parents react when faced with the same revelation about their children.

This isn’t the first time the show has dealt with social issues, although only the passage of time has allowed it to be so direct about it. In the ‘90s, TV shows had far stricter rules regarding what they were and weren’t allowed to show, particularly in relation to sexual orientation and gender identity. The fourth season episode “Closet Clown” featured Ed Bighead trying to hide a secret identity as a clown due to living somewhere with an irrational hatred of them, and as a result would judge him for simply who he was. The plot was intended to reflect the experience of being gay filtered through an allegory acceptable at the time, with series creator Joe Murray making a conscious effort to include a portrayal of the experience that wouldn’t be rejected by censors.

Rocko’s Modern Life was always quite subversive for a children’s show, and during its original run it was the subject of some controversy surrounding its use of innuendo and adult humor. The same was true of Ren & Stimpy, another ‘90s stalwart that was being produced at a time when the concept of animation designed to appeal to adults was fairly novel and not properly understood. Rocko’s Modern Life: Static Cling’s inclusion of a significant plotline involving a character being transgender without the need to disguise the issue is a reflection of how times have changed in the 25+ years since the show debuted. It is also another important example of inclusion for trans people in a world that for all its advancement still seeks to deny their existence, the episode ultimately showing that love and acceptance should be unconditional.

Next: What’s Next For Rocko’s Modern Life After Netflix’s Static Cling Movie?

Kenya Moore Says She’s “Come A Long Way” After Being Abandoned By Her Mom
Meet The Cast Of Survivor 44, Premiering March 1st On CBS!
90 Day Fiancé Alum Darcey Silva Says She “Is Going To Be Dating Differently”
Marilyn Manson Sued for 1990s Sexual Battery of a Minor
Watch Nikki Bella Surprise Artem Chigvintsev With a Striptease