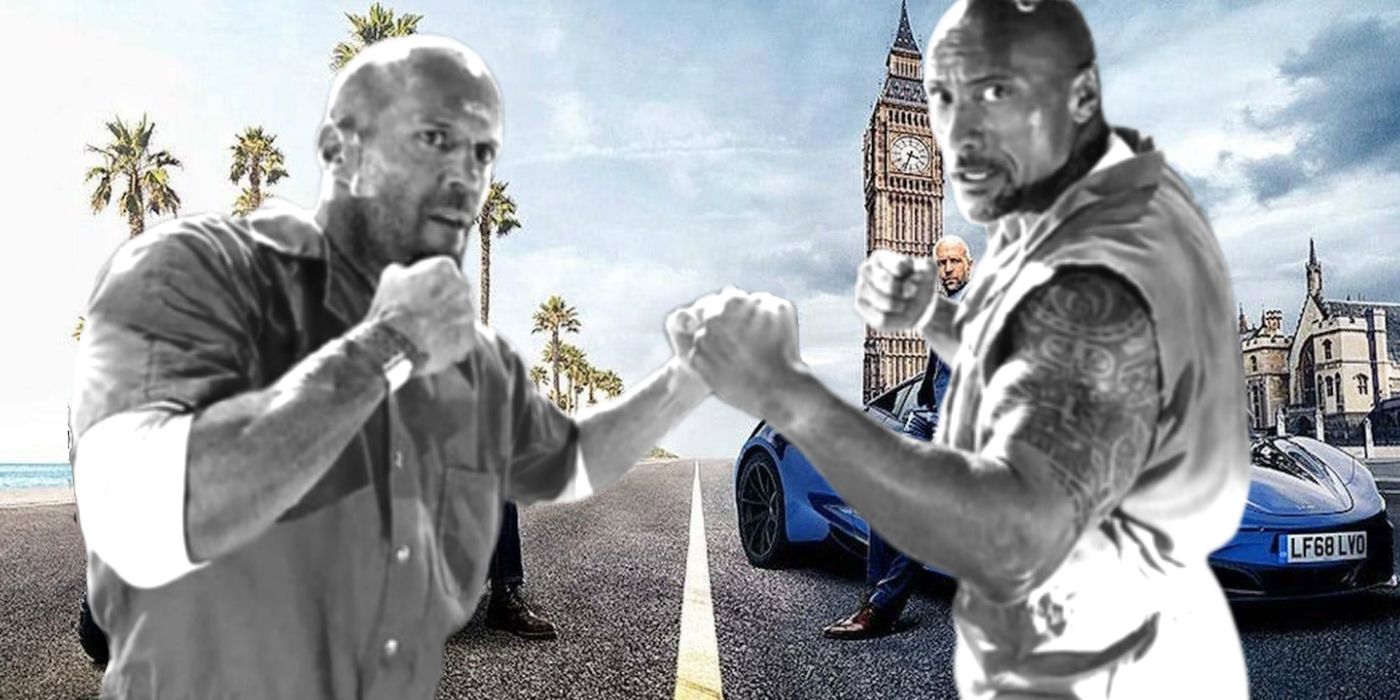 Hobbs & Shaw has three post-credits scenes, and one of them replaces a Fast & Furious deleted sequence. Hobbs & Shaw finds Dwayne ‘The Rock’ Johnson and Jason Statham reprising their roles as Luke Hobbs and Deckard Shaw respectively, with the pair building on their uneasy relationship while also setting in place a future outside of the mainline Fast & Furious series.

Hobbs & Shaw finds the duo being forced to team-up to take on Brixton Lore (Idris Elba), who wants a deadly virus that Shaw’s sister Hattie (Vanessa Kirby) has injected into herself in order to keep it from him. Over the course of the movie the pair learn to put aside their differences and work together as a team, ultimately working in unison to defeat Brixton and save the world.

The first and third of Hobbs & Shaw‘s post-credits scenes center around Ryan Reynolds Agent Locke, teasing a new virus and further involvement in the franchise from Reynolds himself. The middle one, meanwhile, speaks directly to Hobbs & Shaw’s relationship. Hobbs calls Shaw while he’s preparing for a workout, and the pair engage in some friendly banter, showing just how far their relationship has come. However, that’s all a ruse from Hobbs, who actually just wanted to be able to listen as the police arrived at the pub Shaw was in to arrest him. The cops refer to Shaw as “Hugh Janus”, confirming this was set up by Hobbs as a revenge prank, since earlier in the movie Shaw had given him a fake passport with the name “Mike Oxmaul.”

The scene shows that although they are now friendly with one another, there’ll still very much a competitive rivalry between the two, which is exactly what a deleted scene from The Fate of the Furious would’ve done. At the end of Fast & Furious 8, there was a scene shot – likely for a post-credits tag – which saw Hobbs and Shaw preparing to finally fight each other, as teased throughout the movie, in a scene very reminiscent of the Rocky III ending between Rocky and Apollo. Just as they’re about to fight, one of them stops and says: “Why are we fighting? We should be working together instead of for that idiot.”

The idiot in question was Vin Diesel’s Dominic Toretto, with the scene quite clearly intended to set up the Hobbs & Shaw spin-off. However, it was reportedly shot without Vin Diesel’s knowledge, and when he found out about its existence he demanded it be cut from the movie. The fact it was shot behind his back and takes such a pointed jab at his character, along with his own demands for it to be removed, highlights the extent of the feud between Vin Diesel and The Rock.

The mid-credits scene in Hobbs & Shaw, then, replaces this by doing the same job for the characters. Although by this point they’ve already worked together, it’s quite clearly meant as a tease of future adventures for the pair as a team, while confirming their bromance is in full flow.

More: Hobbs & Shaw’s Ending Is The Most Nonsensical Of The Summer