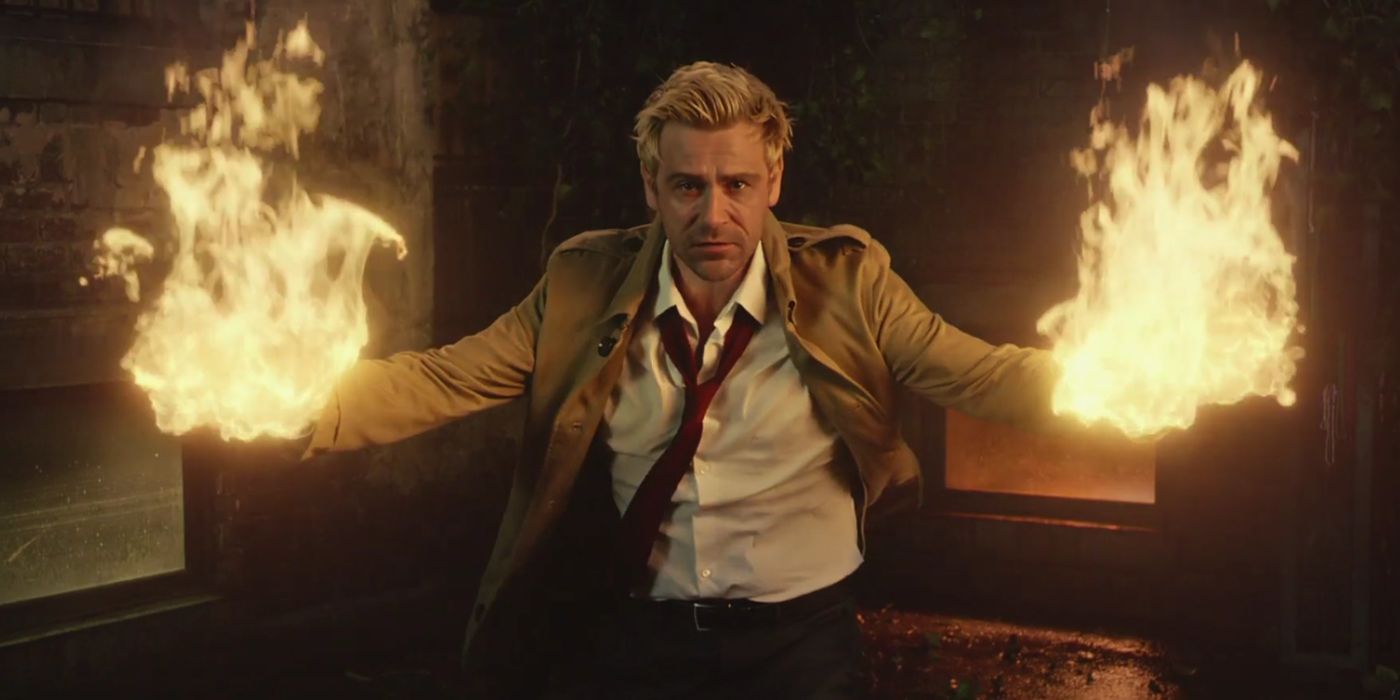 The CW has confirmed their future plans for the character of John Constantine in the Arrowverse and while there are no plans to resurrect the Constantine series for a second season, Matt Ryan will continue to play the conman wizard in Legends of Tomorrow season 5. Indeed, the new season will center upon John and a battle with one of his enemies, who will be the season’s chief villain.

First appearing as a supporting character in Alan Moore’s legendary run on Swamp Thing, Constantine quickly took on a life of his own. He proved popular enough to earn his own solo comic series, Hellblazer, and became one of the linchpins of the Vertigo Comics shared universe, appearing in other titles such as The Sandman and Lucifer. In 2014, John earned his own television series, which was cancelled after half a season by NBC. Despite this, an avid cult following saw Constantine introduced into the Arrowverse with a guest spot on Arrow, where he helped to restore the soul of Sara Lance before going on to join the crew of the Waverider in Legends of Tomorrow season 4.

Related: Every Future DC Story Swamp Thing Set Up (That Will Never Happen)

Recently, ComicBook.com reported on The CW’s future plans for Constantine, which were revealed as part of their presentation at the Television Critics Association summer press tour. CW president Mark Pedowitz confirmed there had been no discussion of reviving Constantine for a second season. While this news was a blow for fans of the show who had hoped to see The CW revive the series (perhaps as a substitute for the similarly themed Supernatural), Pedowitz also had good news, confirming that Matt Ryan would continue to be part of the cast of Legends of Tomorrow season 5 and the new season would center on John Constantine.

The final episodes of Legends of Tomorrow season 4 saw John Constantine enter Hell to save the soul of his teammate Ray Palmer. While he was there, John learned the fate of Astra Logue – the young girl John tried and failed to save from being abducted by demons, damning his own soul in the process. Grown to adulthood and transformed into a demon by Hell’s faster time-scale and corrupting influence, Astra agreed to help John rescue Ray. Her aid was part of a ruse, however, and the season finale revealed she had stolen the souls of some of the worst people in history, which she set loose on Earth.

Legends of Tomorrow showrunner Phil Klemmer promised “a terribly nuanced version of Astra,” noting that the character still blames John for everything that went wrong in her life despite seemingly reveling in her existence as a demon. Klemmer also spoke about how surprising it was that John worked so well as part of the Arrowverse and the crew of the Waverider, but that they were glad to have the chance to continue exploring his character, noting that Constantine fascinated him, due to his dual nature as both “a bottomless pit of darkness” and “a noble man.” It remains to be seen if this news will satisfy those fans hoping to see Constantine and Swamp Thing joined together in a new CW series in the wake of Swamp Thing‘s cancellation, but at least Liverpool’s favorite Master of the Dark Arts has a home for now.

More: 6 Things That Needs To Happen In Arrowverse’s Crisis On Infinite Earths (4 Things That Must Be Avoided)