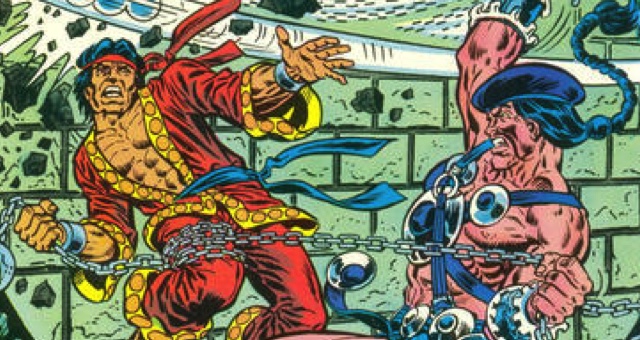 As usual, Marvel Studios took a shock and awe approach at this year’s San Diego Comic Con, with a panel chock full of announcements ranging from the amazing (Natalie Portman returning as Jane Foster…as Thor!) to the also amazing (Mahershala Ali as Blade whaaaa???) to the “we all stopped caring five years ago but okay” (everyone’s favorite tree starring in the so-overdue-no-one-wants-it-anymore Black Widow movie). One of the movies I’m most excited for is 2021’s Shang-Chi and the Legend of the Ten Rings, which will star Simu Liu in the title role, as well as Tony Leung and Awkwafina. There were reports earlier this year that Marvel was fast-tracking a Shang-Chi movie with a creative team of Asian descent (director Destin Daniel Cretton and screenwriter David Callaham) in the hopes of recapturing that Black Panther magic. At the time, I wondered if Marvel could overcome the racist legacy that dogs both Shang-Chi as a character and their own recent output as a studio.

I really, really hope they can, because Shang-Chi—who, to the best of my knowledge, has the longest-running solo series starring an Asian character in Western comics ever—deserves it. Once you get past the cringey pulp background and walking stereotype trappings of his ’70s origins, he’s a truly compelling and likable character, and very different from Marvel’s current “27 versions of Tony Stark” approach to protagonists.

But I also hope they can because a huge number of the villains from his original series were absolutely bonkers, and I want to see these utterly ridiculous character designs in live action literally immediately. And after you read on, I suspect you will too.

(Again, please note that ’70s–’80s Shang-Chi was extremely problematic, and my delight over some of the wardrobe choices below in no way endorses all the stereotypes you’re about to see, or any of the language used on the covers. Except “Death Boat.” Love that Death Boat.) 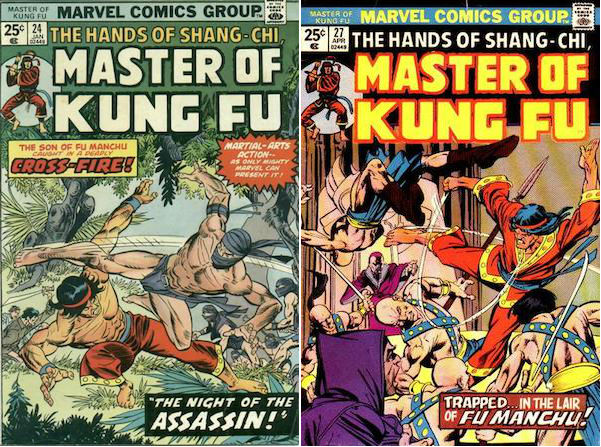 (I like that the guy on the left has a belt to hold his little undies up.)

But as the series wended on, artists started trying to think of novel ways to add weapons to the villains’ ensembles, and that’s when things got…interesting. First in this category is Shadow-Stalker: 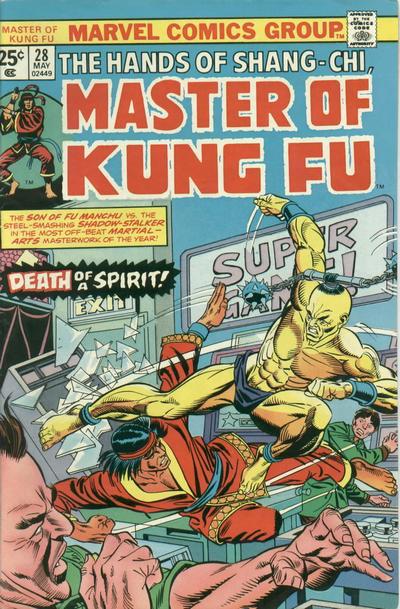 The clothing itself is a little under-thought, but the hair! I cannot stop laughing at that double-maced topknot. There’s no way he’s not just constantly hitting himself in the face with those spikes. Those chains aren’t even long enough to let the maces hit his opponents, even if he could torque his neck hard enough to give the blow any force. Shadow-Stalker, you’ve made some mistakes.

(Yes, he is literally just Simpsons yellow. I’m so sorry.)

In the very next issue we got Razor-Fist: 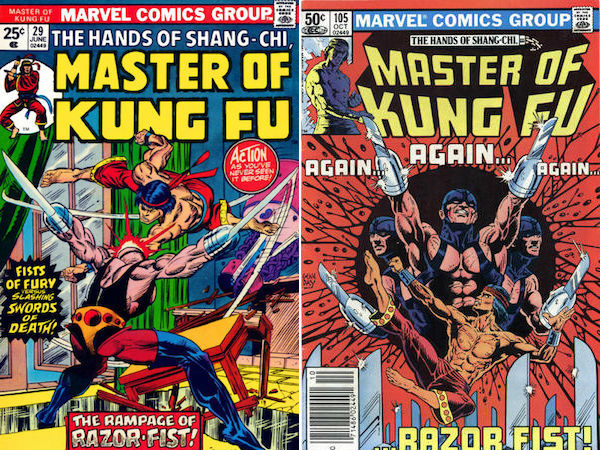 There’s so much to love about this outfit, from the thigh-high boots to the Flash Gordon–esque thong, and that’s before you get into his extremely inadequate sword-hands. Also, there are three Razor-Fists, which really just feels like an embarrassment of riches. 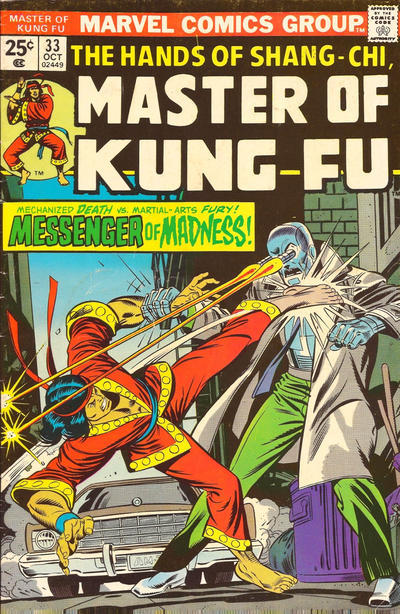 I just really love this robot and his dress shoes so much. 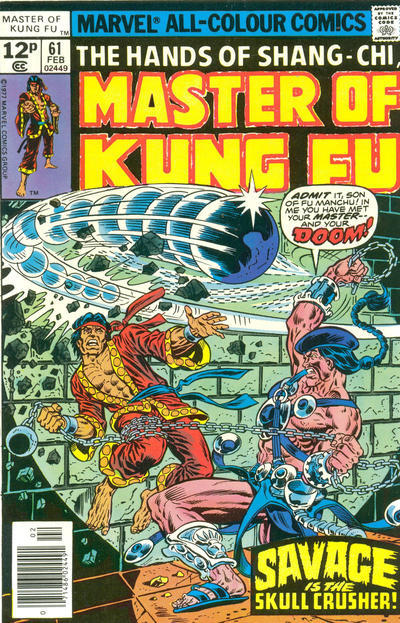 Skull Crusher might be the MVP of Shang-Chi villains, sartorially speaking. The whole outfit is gold, obviously, but please don’t let all the…dongles…distract you from the kicky beret, which I think adds a real cosmopolitan touch to the whole look. I imagine Skull Crusher was a harried executive who snapped after spending too long staring at his desktop Newton’s cradle:

Now, I know all of these villains so far have been men, but don’t worry, Master of Kung Fu believes in Women’s Lib! Here’s one of their female villains, Pavane: 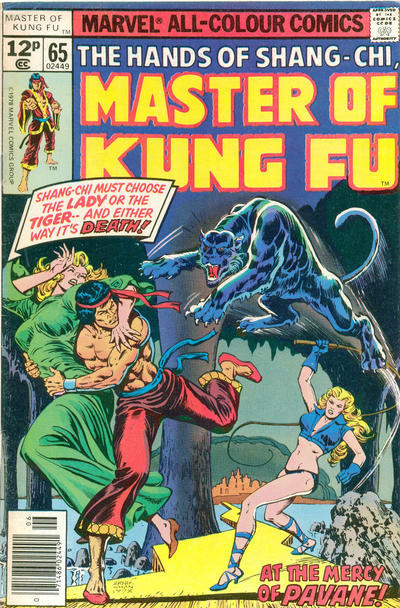 Annnd it’s just underwear. Honestly the men are so naked it wouldn’t even bother me, except where is the archaic weapon incorporated into her actual clothes? Get this costume out of here and don’t bring it back until she has a peplum made out of a cross-cut saw or something. 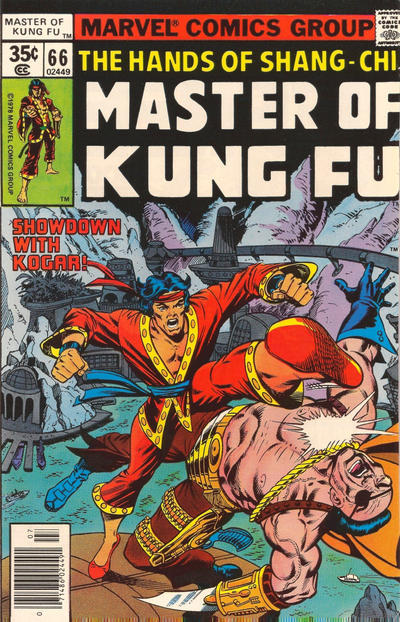 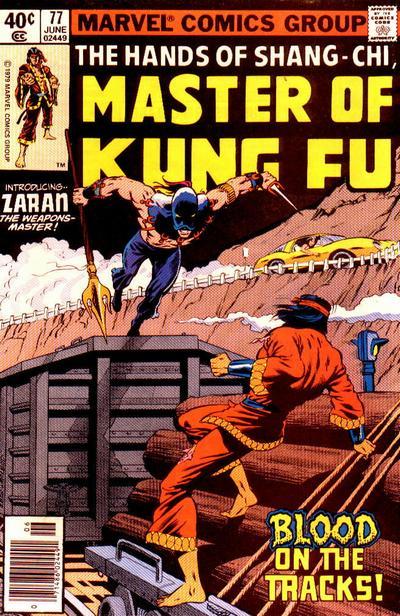 I’m sorry, Zaran the Weapons-Master, but at this point we’ve had 76 issues of spectacular villains and I’m afraid you’re just going to have to try a bit harder. 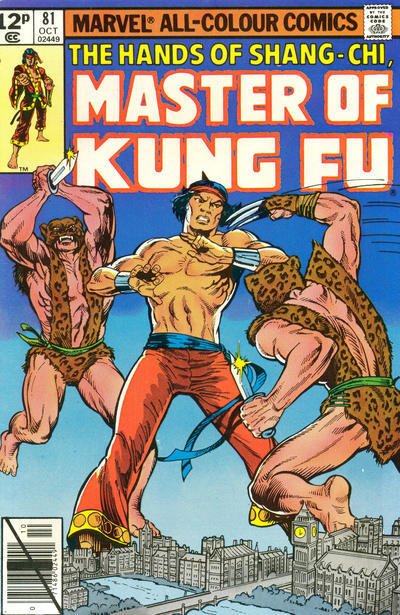 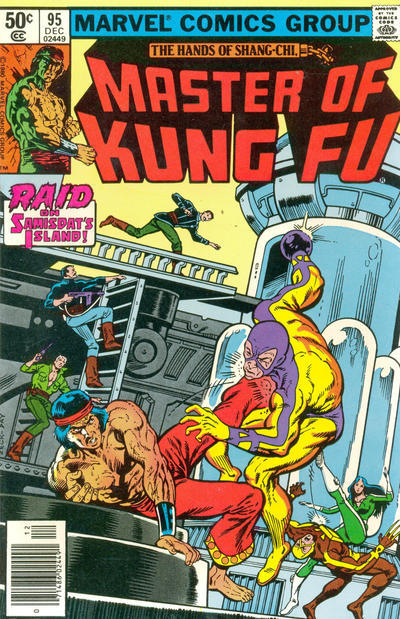 Now, this guy clearly looked around and said, “Everyone else is naked, so I’m going to put on a full body stocking. Everyone else has a bladed weapon attached to their arm, so I’m going to stick a bowling ball on there.” That’s the kind of out-of-the-box thinking we’re looking for here at Master of Kung Fu! Agent Syn, the sensational character find of 1980! 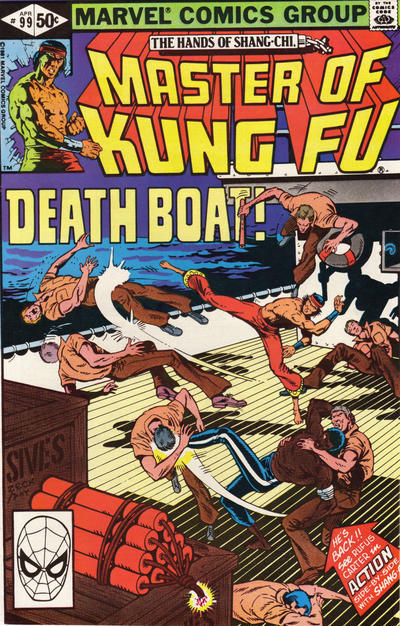 No one on this cover has a particularly noteworthy costume, but this comic is called “DEATH BOAT!” and that deserves appreciation. 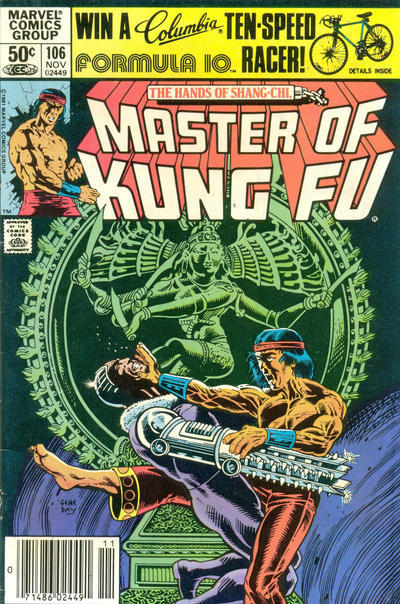 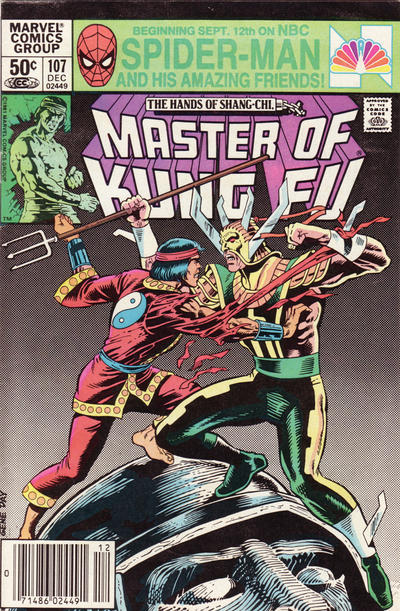 Sir, that hat is making Jack Kirby proud. (Shang, you’re getting a little fresh there!) 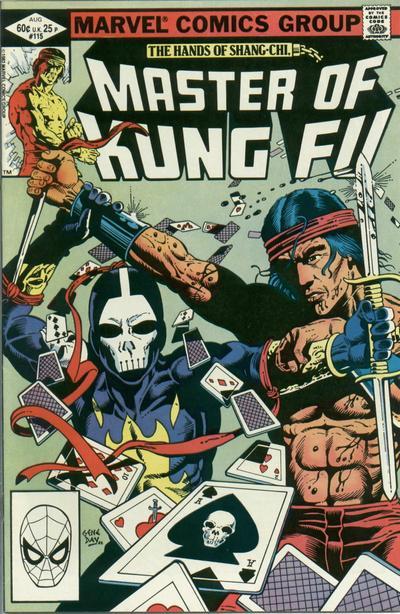 Ghost Rider wishes he was this extra. That double sword? Flinging your own themed playing cards everywhere? (Yes, yes, Gambit, I see you, sit down.) I look forward to seeing this look recreated at next year’s Met Gala. 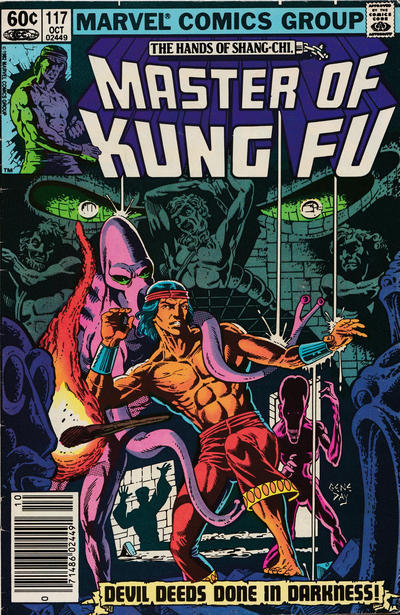 Naturally, I’m hoping all of these characters will appear in Shang-Chi and the Legend of the Ten Rings, but I understand that there’s a lot here, so: Cretton and Callaham, I’m willing to compromise: half now, half in 2023’s Shang-Chi 2: Death Boat. Deal?

Sign up to The Stack to receive Book Riot Comic’s best posts, picked for you.