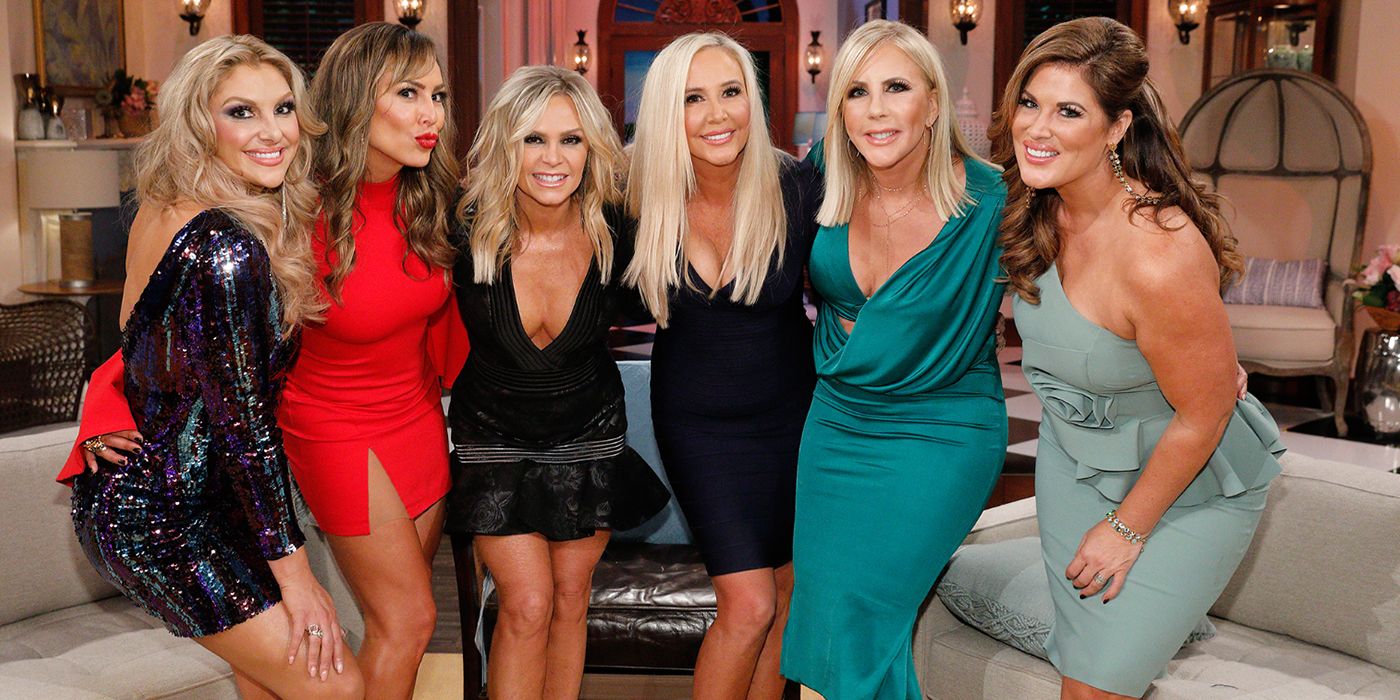 The Real Housewives of Orange County’s newcomer, Braunwyn Windham-Burk offered up her first impression of the cast.

Windham-Burke was a huge fan of the show before she became a housewife, as she lived most of her life in Laguna Beach - a very popular Orange County spot. She decided to move her seven children and husband back to California from Miami so that she could get back to her roots.

According to Windham-Burke, within a few weeks of filming, the rest of the cast had opened their arms and welcomed her as the newest member of the franchise. In an interview with People, Windham-Burke said she thought she would struggle to get to know the housewives, and she worried the most about meeting Shannon Beador because she had come across as cold on the show. Windham-Burke said she was surprised to quickly learn her first impression was wrong as she found out that Beador is one of the warmest and most gracious housewives of them all.

During the interview, she was asked if she could pick the housewife who gave the best impression, to which she answered that it would have had to be Tamra Judge. She continued to say she instantly felt very welcomed into Judge’s home, and within minutes they were doing tequila shots. While living in Newport Beach, Windham-Burke said Kelly Dodd reached out and had taken her under her wing, showing her the ropes. The two housewives had been friends before the show and are now continuing their friendship on the show.

As for having made connections, Windham-Burke said she hit it off right away with some of the ladies, while others took a bit of time. She commented on how it took a little longer for her and Vicki Gunvalson to get used to each other. For this new season, Gunvalson had been demoted to friend status on the show and had held onto a bit of resentment, ignoring Windham-Burke. It is her first time since The Real Housewives of Orange County started that Gunvalson will not be the main cast member. At the end of the interview, Windham-Burke stated that she respects the long friendships these women have maintained over the years and that those friendships run deep. Her intentions were not to make any of the ladies feel as if they were being replaced.

The 14th season is sure to be packed with lots of drama as viewers have already seen Gina Kirschenheiter get a DUI and Emily Simpson struggle with her marriage in the premiere episode. In a preview clip, Judge said that the group may have found their new “tres amiga,” - and if that is any indication toward what the latest season will hold, fans should be in for a real treat.

Next: Racing Wives Is The Real Housewives Meets NASCAR

The Real Housewives of Orange County airs Tuesday at 9pm EST on Bravo.