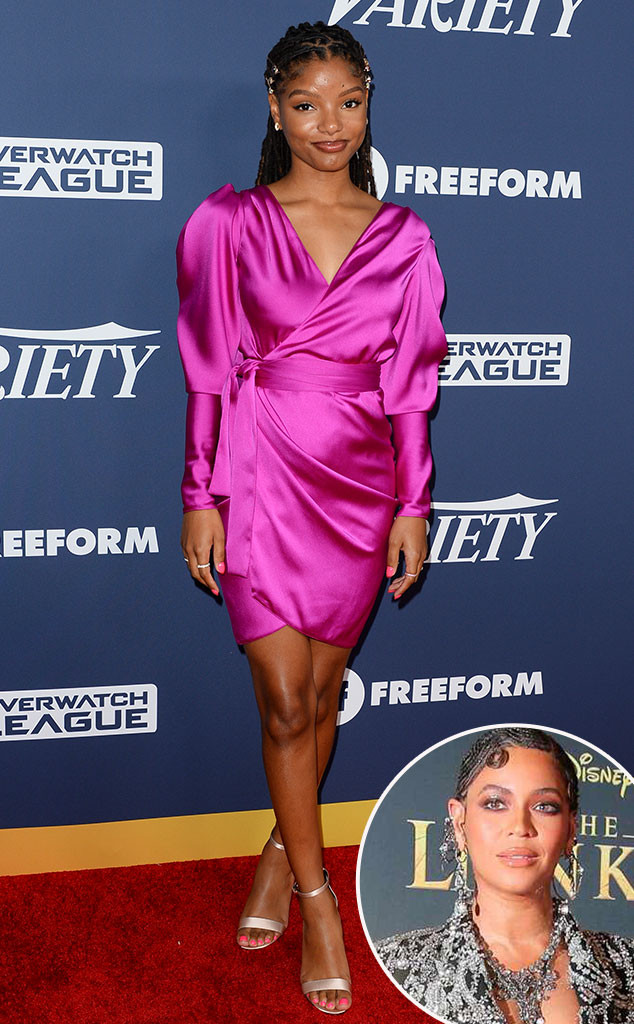 For Halle Bailey, Beyoncé plays an essential part of her world.

As the Grown-ish star prepares to head under the sea for Disney’s live-action The Little Mermaid, she’s taking a note from her superstar mentor’s book: Be your own self.

“One thing that we love about Beyoncé is that she always gives us the space to grow on our own and to accomplish things on our own and fly with our own wings,” the actress told E! News during an interview with her sister Chloe Bailey at the Variety’s Power of Young Hollywood event. “We love her inside and out.”

Since news of her casting was announced last month, Halle has been pinching herself.

“I am just feeling really grateful, feeling really blessed,” the 19-year-old raved. “Praying. Getting myself together just in time for rehearsing and filming that all starts in January. Very excited, just enjoying myself.”

As for who will kiss this girl, the options for Prince Eric seem to be limitless.

“Anyone I think could do the role,” she mused. “There’s a lot of handsome guys out there, a lot of beautiful hearts out there.”

On the short list: Harry Styles. As E! previously reported, there’s industry chatter that the former boy bander is in talks to take on the iconic role.

If he were to nab the part, he would join Jacob Tremblay and Awkwafina, who are reportedly playing Flounder and Scuttle. Melissa McCarthy is rumored to be playing villainous octopus Ursula.

Whatever the case may be, we cannot wait for this underwater adventure to begin. After all, darling it’s better down where it’s wetter.