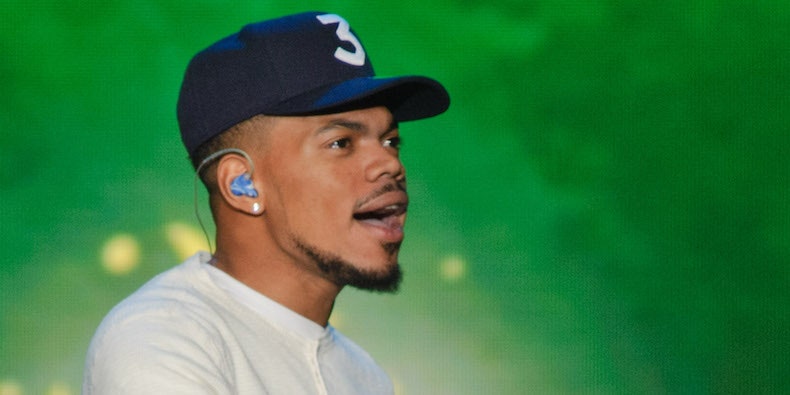 Earlier this week, Billboard noted that Chance the Rapper’s The Big Day was on track to potentially become his first No. 1 album. However, The Big Day is the No. 2 album this week behind the rapper NF’s new album The Search.

The Search earned 130,000 equivalent units with 84,000 of those in album sales, including traditional album downloads, merchandise/album bundles, and concert ticket/album bundles. It’s NF’s second No. 1 album after his 2017 album Perception. The Search displaced Ed Sheeran’s No.6 Collaborations Project, which had spent the last two weeks atop the Billboard 200. Sheeran’s album dropped to No. 3 this week.

The Big Day, Chance’s highest charting and third Top 10 album, debuted with 108,000 units. About 80,000 of those were in streams, which made Chance’s album the most-streamed album of the week. Notably, The Big Day did not reach streaming services until around 1:00 p.m. Eastern on Friday, July 26. (Most albums hit DSPs at midnight Eastern on Fridays.) Chance did, however, make his album available to pre-order on his website beginning on June 28.

NF celebrated his No. 1 with a post thanking fans, his management, his label, and his collaborators.

Back in May 2017, Chance scored his first No. 1 single with the DJ Khaled collaboration “I’m the One.”

Author W.A. Holmes Releases New Novel “The Ravenwood Curse”
The Bachelor: Why Zach Shallcross Eliminated a Contestant Early
Why Pamela Anderson Doesn’t Fault Lily James for Pam & Tommy
Steve-O Jokes Bam Margera Is The ‘Britney Spears’ Of Jackass, But He Actually Has A Kind Reason For Bringing The Troubled Star With Him On Tour
Phoebe Bridgers, Blake Mills, Jackson Browne, and More Contribute to New Daisy Jones & the Six Album