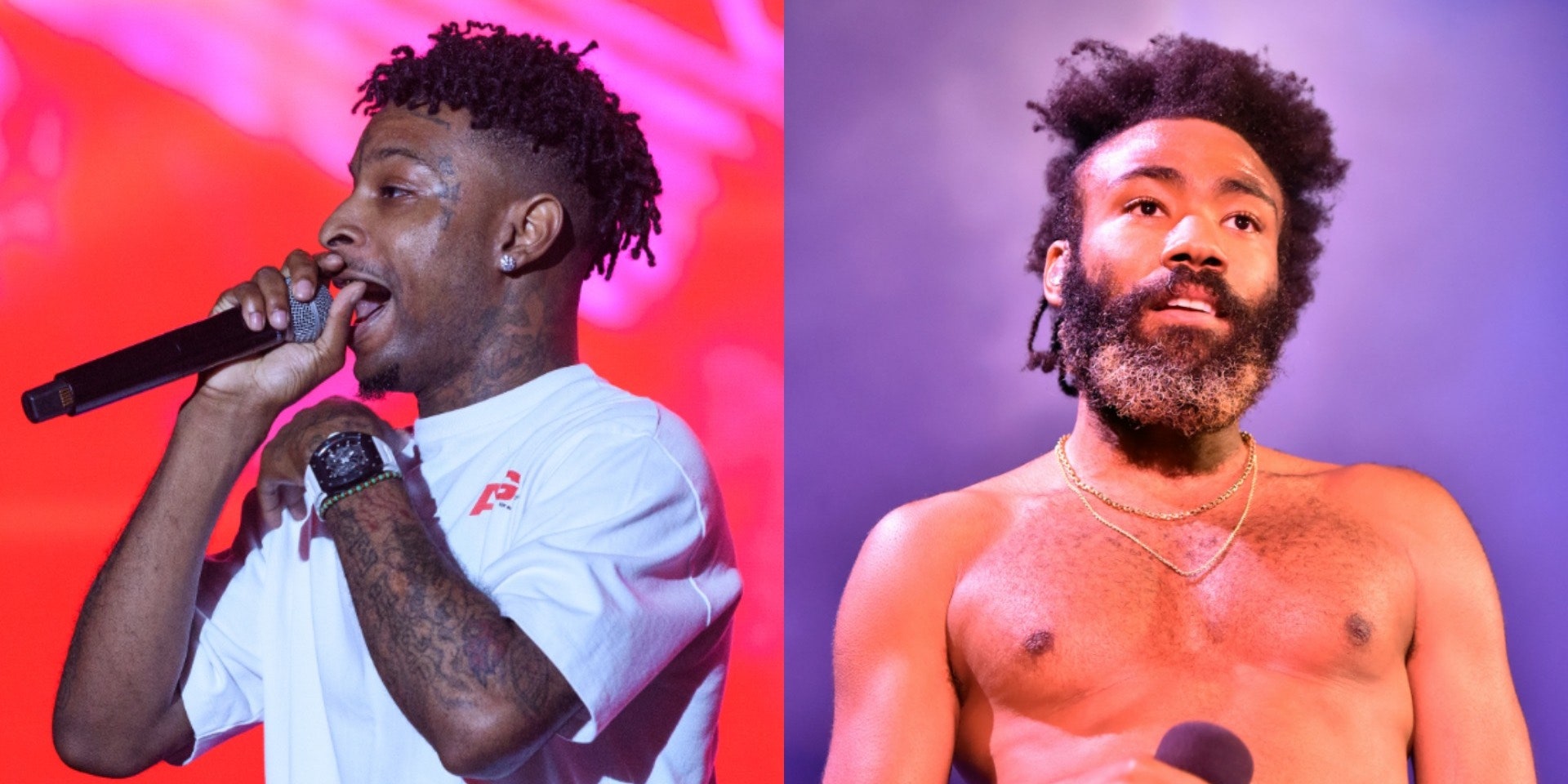 Tonight at Lollapalooza 2019, Donald Glover (aka Childish Gambino) hopped onstage during 21 Savage’s set for a rendition of their joint track “Monster.” They rapped in front of a large pyramid staircase—Donald wearing a neck brace and a sling on his arm. Watch 21 and Donald onstage in Chicago’s Grant Park below.

“Monster” appeared on 21’s 2018 LP I Am > I Was. 21 Savage’s Lollapalooza concert falls in the middle of an extensive North American tour. Tune in to sets by Kacey Musgraves, Mitski, Tame Impala, Lil Wayne, and others this weekend via Lollapalooza’s YouTube live stream.

Read “What Does Atlanta Hip-Hop Think of “Atlanta” the Show?” over on the Pitch.