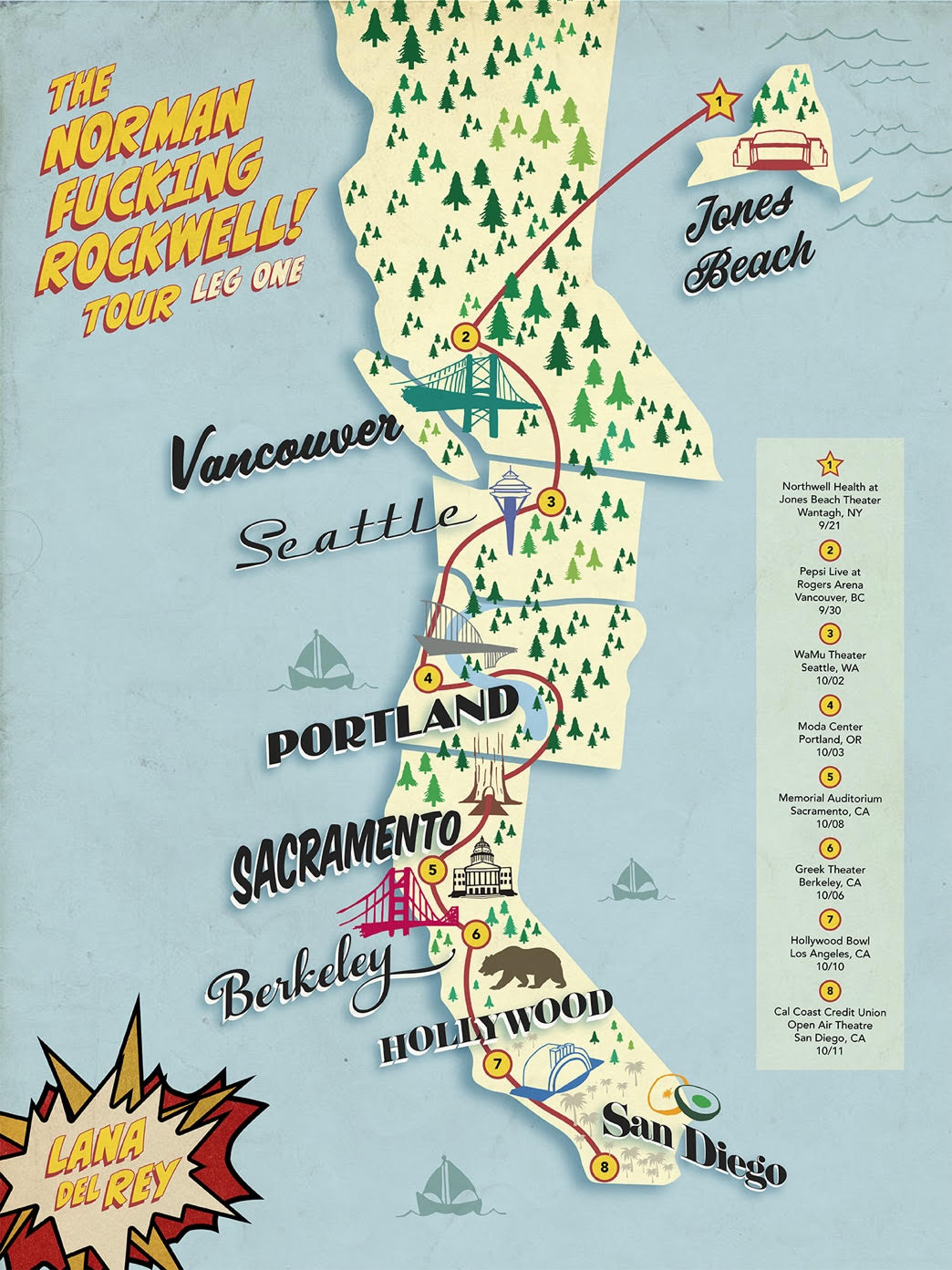 Lana Del Rey has announced a tour. She’ll play shows in New York and down the West Coast from September. Check out the dates below. She’s also announced some European dates for 2020—check those out on Universal’s website. Find tickets here. (Pitchfork may earn a commission from purchases made through affiliate links on our site.)

Norman Fucking Rockwell!, the follow-up to 2017’s Lust for Life, is out August 30. She’s released a handful of songs from the album, including “Venice bitch,” “Mariners apartment complex,” and “hope is a dangerous thing for a woman like me to have – but I have it.” She also covered Sublime’s “Doin’ time”—that’s on the album too.

Read Pitchfork’s interview “Life, Liberty, and the Pursuit of Happiness: A Conversation With Lana Del Rey.”