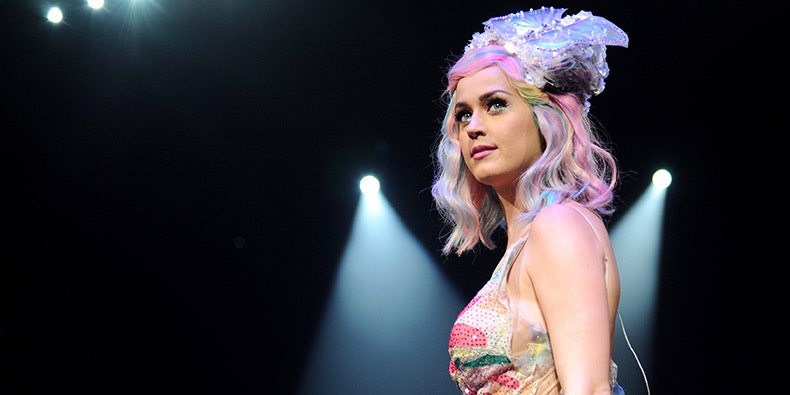 A federal jury in California has concluded that Katy Perry’s 2013 single “Dark Horse” infringes on a song by a Christian rapper, the Associated Press reports. Marcus Gray, who records under the name Flame, claimed that Perry’s Dr. Luke-produced song featured the same beat and instrumental elements as his 2009 song “Joyful Noise.” Listen to both songs below.

During the trial, both Perry and Dr. Luke said they’d never heard Gray’s song. The jury is also holding co-writer Sarah Hudson and featured artist Juicy J liable. The copyright infringement case will now move to a penalty phase, where it will be determined how much Perry and the other defendants owe.

New Jesmyn Ward Novel LET US DESCEND Coming in October
Kate Chastain had a spinoff with Brandi Glanville in the works pre-pregnancy
Princess Eugenie Is Pregnant With Baby No. 2: See Her Adorable Reveal
Willem Dafoe Joins the Cast of ‘Nosferatu’ Movie from Robert Eggers
Barbarian’s Director Just Got A Massive Payday To Make His Second Horror Feature