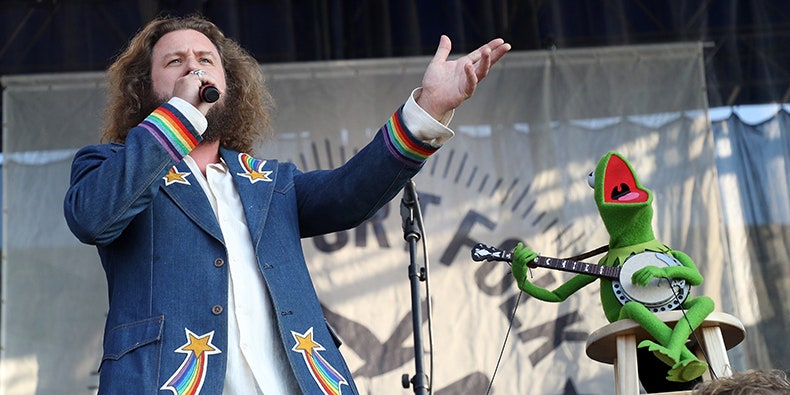 Kermit the Frog made a surprise appearance today at Newport Folk Festival 2019, and he was backed by a band that included Janet Weiss on drums. Halfway through a performance of “Rainbow Connection,” Kermit told the audience, “Please welcome my friend, Jim James!” The My Morning Jacket frontman came out and sang the final half of the song as a duet with Kermit. Watch it all happen below.

Weiss announced earlier this month that she was no longer a member of Sleater-Kinney. Yesterday at Newport Folk Festival, Dolly Parton made a surprise appearance during Brandi Carlile and the Highwomen’s set.

The Muppet Movie is returning to theaters this week in honor of its 40th anniversary. Read “The Muppets’ Best Musical Moments” on the Pitch.