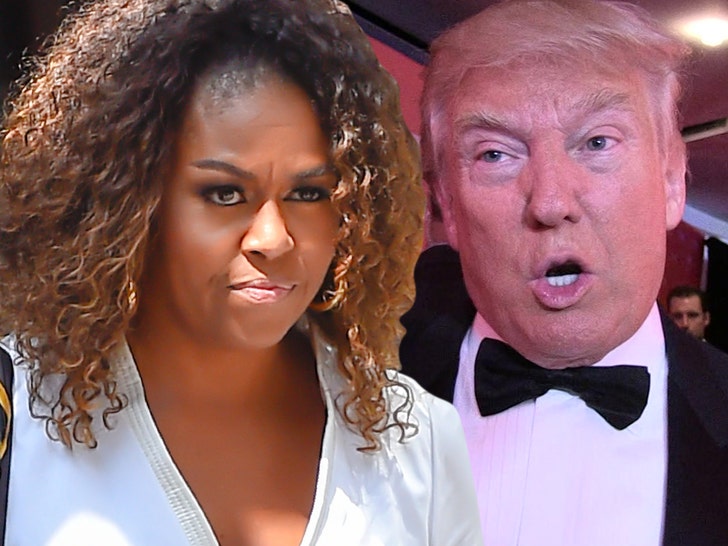 Michelle Obama appears to be firing back at President Trump — not by insulting him for his horrid rant about the city of Baltimore … but by merely showcasing its talented citizens.

The former First Lady posted a video Saturday, which seems to be in response to Trump bashing Rep. Elijah Cummings and his constituents in Charm City, saying pretty nasty stuff … calling Baltimore a “disgusting, rat and rodent infested mess” and a “dangerous & filthy place” — all while suggesting Rep. Cummings tend to his own district instead of criticizing the situation at the southern border (people locked in cages, child separations, etc.).

Michelle didn’t directly call out Trump for what many are calling racist smears against the city, but she did highlight some beauty from the community through the vehicle of sport and dance.

The clip shows off Baltimore’s very own Lethal Ladies — a local STEP team who Michelle says she saw perform in 2017. She wrote of them, “I’m so proud of you all — and everyone who’s dancing today!” Apparently, Saturday is #NationalDanceDay.

On #NationalDanceDay, I’m shouting out the Lethal Ladies, a Baltimore STEP team who I saw perform back in 2017. I’m so proud of you all—and everyone who’s dancing today! pic.twitter.com/U15Be9wSMs

What’s interesting about the video too is that the girls use Michelle’s signature slogan, “When they go low, we go high!” in their dance routine. One of the girls even makes reference to bullying, saying, “we don’t stoop to their level.” It couldn’t be a more clear shot at DT.

As if that wasn’t enough of a denunciation, Barack also appeared to respond to Trump’s vicious tweets with an op-ed in WaPo, in which he condemns Trump’s “go back” attacks.

Battle lines are being drawn, it seems.

JoJo Fletcher On Gabby And Rachel’s Breakups: “Such A Bummer”
Al Roker Home From Hospital as He Misses Macy’s Thanksgiving Parade
Get a Glimpse Inside the Kardashian-Jenner Family’s Thanksgiving Feast
SVU’s Benson Will Finally Confess Her Feelings for Stabler
Kate Middleton Is a Vision in Royal Purple Ahead of Glamorous Banquet