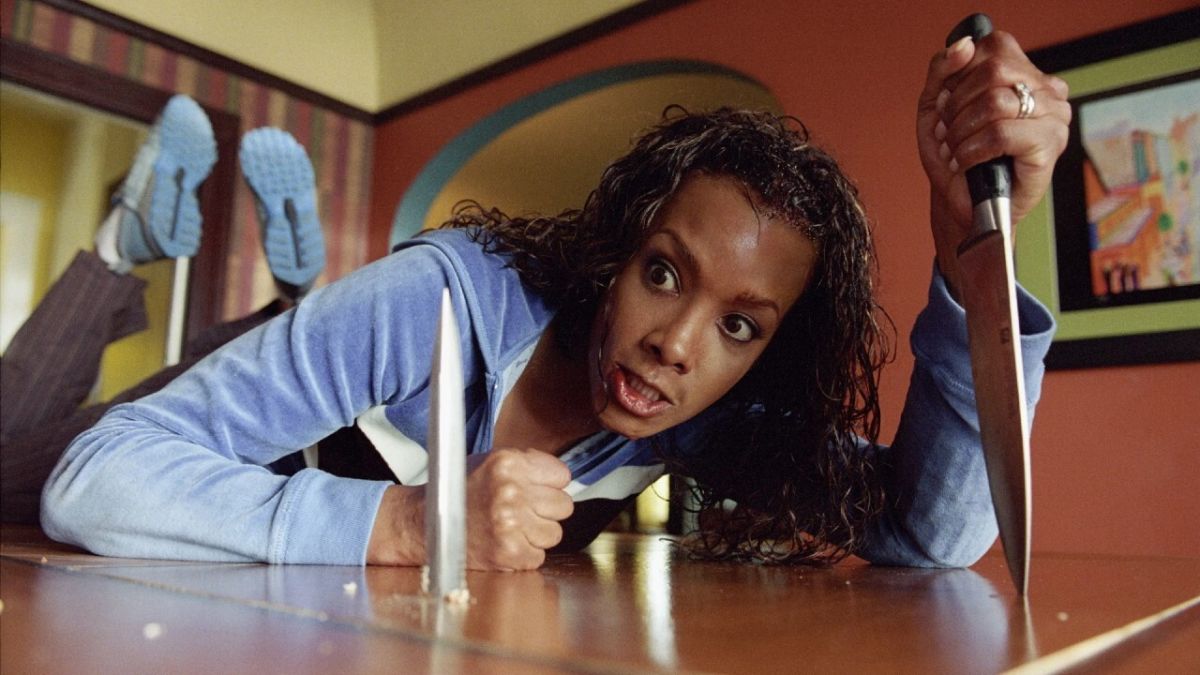 Over a decade ago, Quentin Tarantino promised a third Kill Bill movie, though it has yet to come to fruition. While a third volume hasn’t arrived, fans did get a music video that includes the films’ motifs and features one of its stars, Vivica A. Fox. The veteran actress spoke out about going viral over the production and also shed some light on what she’s heard regarding another installment in the franchise.

Quentin Tarantino’s action series must have had a real impact on singer-songwriter SZA to incorporate into her work. The songstress strayed away from her typical scattershot music video storylines for her “Kill Bill” music video. The narrative sees the protagonist’s boyfriend breaking up with her before he sends his men to kill her. However, she manages to survive and literally rips his heart out.

Vivica A. Fox makes a cameo as the woman who escorts the singer to the warehouse for training, and the role was the perfect way to integrate the star into the project. The actress, who played Vernita Green/Copperhead in the two movies, spoke to People about the attention she received after that music video came out, and it sounds like a lot:

Clearly fans are still eager to see another movie in Quentin Tarantino’s storied franchise, based on the fact that they were essentially developing their own story ideas. Interestingly, Fox, at one point, nominated Zendaya to play the role of Green’s daughter, and it’s actually not a bad casting choice. Though SZA still did a great job of referencing the martial arts film extensively throughout the video and could arguably fit the role herself. Her reverence towards katana swords would make even The Bride proud. Take a look down below:

But of course, the big question on most people’s minds is what’s going on with a third Kill Bill movie? Vivica A. Fox spoke to that while giving her own theories on what the plot could entail:

That’s not a bad idea, if you ask me. In the first movie, after The Bride kills Copperhead, her daughter walks in on the massacre, and the assassin tells her she’ll be ready to fight her if she decides to exact her revenge when she grows up. I can’t think of a better way to set up a sequel.

As for if a third Bill Bill will ever actually happen, Vivica A. Fox said Uma Thurman and Quentin Tarantino have been talking and would love the idea of Copperhead’s little girl getting her revenge. Per Thurman’s latest update, the movie probably wouldn’t happen right away. Many people seem excited over the prospect of it happening, and even hope that Thurman’s real-life daughter Maya Hawke could join in on the  fun, either as a character aiding Copperhead’s daughter or one that becomes another potential kill of hers. Only time will tell but, in the meantime, it’s lovely to see Fox get so much love.

It seems like the closest thing we’ll get to a third Kill Bill movie right now is SZA’s music video for her song of the same name. With Quentin Tarantino talking about retiring soon, let’s hope his next (and final) movie will mark the return of The Bride. While you wait for updates, take a look at our schedule of 2023 new movie releases for information on what’s heading to theaters this year.

This Retinol Stick Makes Me Look Like I Woke up With a Photo Filter On
Fever Ray Shares Video for New Song “Kandy”: Watch
Madonna Biopic for Universal Pictures Scrapped
Original ‘Salem’s Lot’ Star Lance Kerwin Has Passed Away at 62
Steven Spielberg Has Thoughts About The Dark Knight’s Oscars Snub And How Top Gun: Maverick Fared This Year