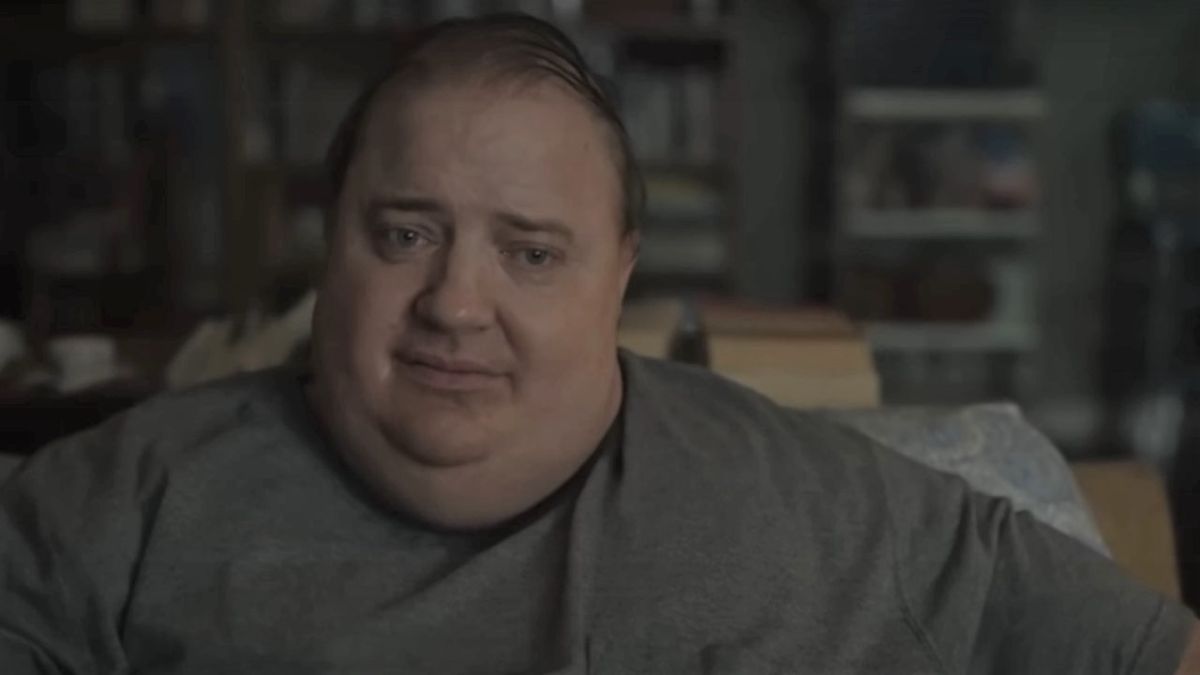 There’s been a lot of hype surrounding Brendan Fraser in his upcoming movie The Whale. The Darren Aronofsky movie was already generating 2023 Oscars buzz when it received a six-minute standing ovation at the Venice Film Festival that had the actor “smiling so hard my face leaked” (it was quite the emotional reaction), and then it won the Tribute Award at the Toronto International Film Festival a week later. With the feature finally about to hit theaters December 9, the critics are putting in their two cents on the performance that many think will result in Fraser taking home the Best Actor trophy at next year’s Academy Awards. Let’s see what they’re saying.

The Whale stars Brendan Fraser as Charlie, a 600-pound man with congestive heart failure. Sadie Sink plays his daughter Ellie, whom Charlie is trying to reconnect with, and Samantha Morton, Hong Chau and Ty Simpkins also star. The critics have a lot of thoughts about the movie overall, but let’s see what they’re saying about the leading actor’s performance, starting with CinemaBlend’s Sean O’Connell. In his spoiler-free video review, he says this needs to be on your “must see” list ahead of the 2023 Academy Awards, because he doesn’t see anyone giving a more moving or effective performance than Fraser. O’Connell rates the film 4.5 stars out of 5, and you can check out his full breakdown below:

Abhishek Sharma of Film Threat rates The Whale 10 out of 10, saying that Brendan Fraser adds a gentleness to the portrayal of Charlie as the movie takes audiences on a journey through several distinct levels of heartbreak. In the critic’s words:

Brian Truitt of USA TODAY (opens in new tab) says the leading actor is the main reason this whole premise works, rating the movie a perfect 4 out of 4 stars. The critic calls it a “big-hearted triumph” for the Brendan Fraser, who should be expecting that Oscar nod:

Dana Stevens of Slate, however, isn’t a fan of the movie, whose problems she says only begin with its fatphobia. Its voyeurism is thinly disguised as compassion, the critic argues, but Brendan Fraser is still “superb,” as the movie contrasts the actor’s imposing physical presence with his gentleness. The review continues:

A lot of conversation around the film has centered around the prosthetics, and Brendan Fraser even spoke out to defend the movie’s use of a body suit. Many are saying it’s the actor who is able to make the story work, including Roger Moore of Movie Nation. He rates The Whale 3 stars out of 4, calling Fraser’s effort “the performance of a lifetime”:

If you’re interested in getting in on the conversation surrounding Brendan Fraser’s role in The Whale, or if you’re paying attention to potential Oscar winners, you’ll likely want to catch this one when it hits the big screen on Friday, December 9. Also get more insight into the actors’ performances by checking out CinemaBlend’s interviews with The Whale stars Brendan Fraser, Sadie Sink and more.

With this year quickly coming to an end, you can get a look ahead at what’s hitting theaters next year with our 2023 Movie Release Schedule.