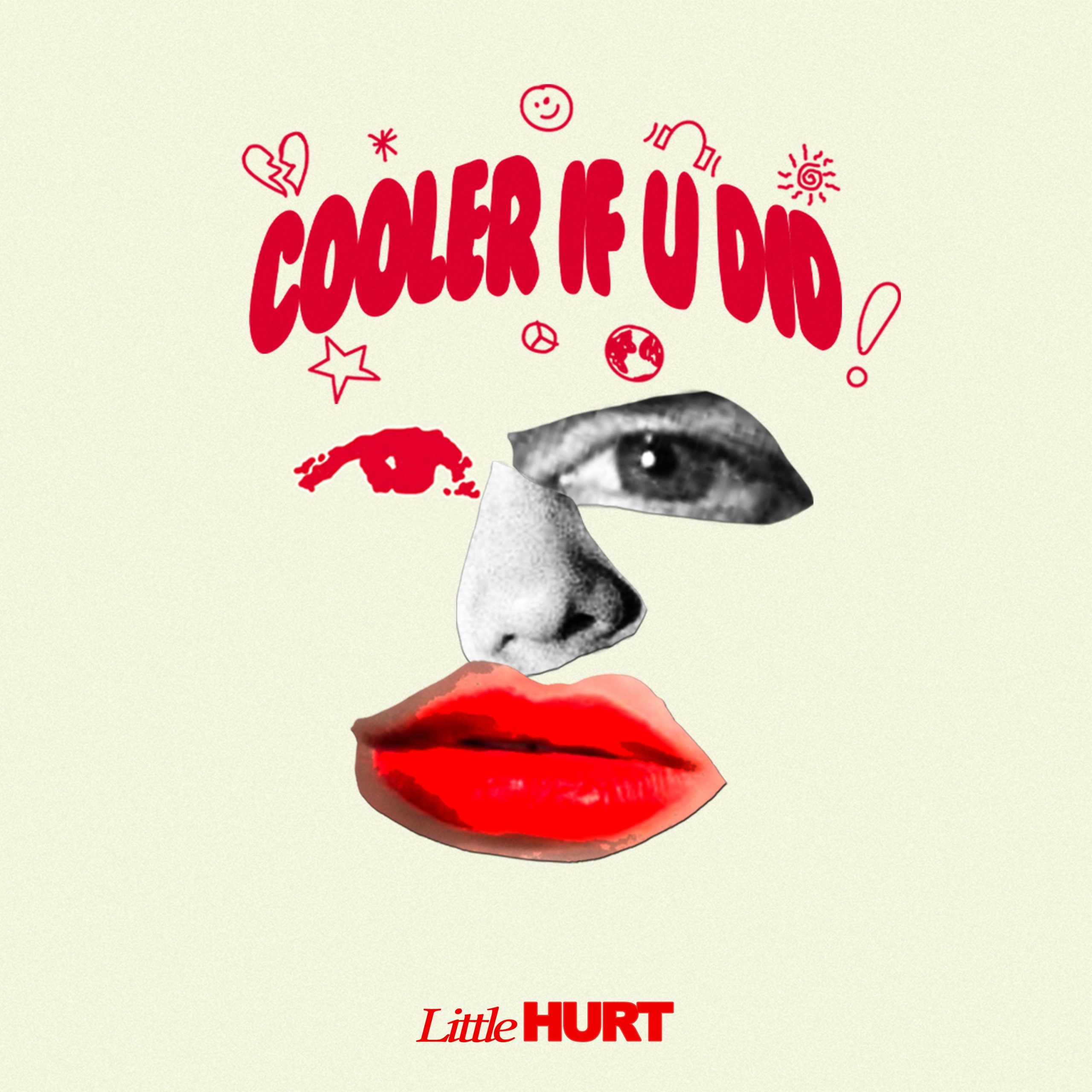 The Cali vibes that had so much influence over Little Hurt when composing his newest single are all over the place in “Cooler If U Did,” and no matter what volume you’re listening to this song at, there’s a good chance they’re going to rub off on you before the track has reached its climax. As is the case in most pop music, “Cooler If U Did” is a single that centers on its melodic charms, but this doesn’t mean it’s a one-dimensional work by any measurement. If anything, this is a centered, focused offering that stands out for the very reasons it would otherwise blend in.

The beat in this single is as summery as the sunshine in July, but it’s never overstated beside any of the melodic instrumentation – if anything, it’s the right framing for what Little Hurt is producing at the mic. There are a lot of different ways he could have arranged “Cooler If U Did,” but going with this soft look is probably the most beneficial to the hook, which is rarely getting much of a buffer from the bassline in this piece. Whether he wanted to or not, Little Hurt developed something very angular and downright compositionally provocative in more than a couple of departments here.

This tempo is made to get us energized without imposing a lot of additional buffers between the verses, and because it was designed as meticulously as it was, there’s scarcely a moment in which it doesn’t feel like the percussion is saying something of equal importance to the output we’re getting from our singer. It’s rare that instrumental elements can keep the expressive pace with a singer who has the kind of chops Little Hurt does, but then again, it’s perhaps even rarer to find a performer who is willing to utilize the depth of juxtaposition as much as this artist does.

Through the inclusion of a blushing lead vocal, Little Hurt’s vulnerability is always under the spotlight in “Cooler If U Did,” but it’s not eliminating the multi-interpretive feel of the lyrics at all – it’s adding something to them. Reductive concepts have been too easy to come across in the American underground over the past few years, but from what I can tell about this single, they’re something we should expect to hear out of its creator anytime in the immediate future (if ever at all).

A creative mind who wants to pull out the stops to make something really fresh for the pop music faithful, Little Hurt earns his weight in positive feedback with “Cooler If U Did,” and my gut tells me this isn’t going to be the lone time he’s racking up a lot of accolades on the left side of the dial. The mainstream has a lot of players who want this kind of a profile, but so few can do what they want to the extent that Little Hurt does, largely because of how indie a player he is at the end of the day.