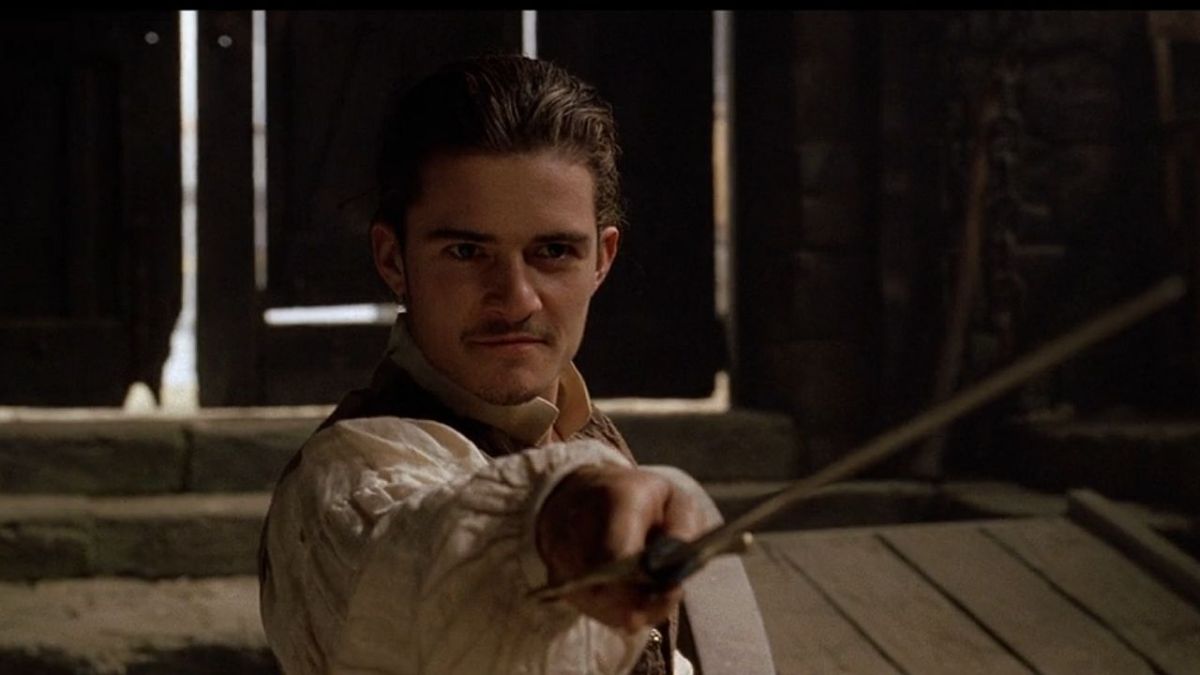 The first Pirates of the Caribbean movie, The Curse of the Black Pearl was a massive hit, even if some of the movie’s co-stars, like Kiera Knightly, did not expect the success.  That first Pirates movie birthed a billion dollar franchise for Disney. There are a number of iconic characters and scenes in the film, but one of the best, without question, is the first meeting of Orlando Bloom’s Will Turner and Johnny Depp’s super popular Captain Jack Sparrow. It’s an epic swordfight, but a professional fencing master as a big problem with the way Orlando Bloom handles his blade.

In a new video expert swordsman Dave Rawlings speaks with Insider and gives his opinions on a number of different classic sword battles in TV and film. When it comes to Pirates of the Caribbean, Rawlings has some good things to say about the fight, but he takes significant issue with Orlando Bloom’s sword grip, saying…

It’s almost certainly not the sort of thing that those of us that are not sword fighting experts would notice, but apparently Will Turner isn’t the sword expert that he thinks he is in Curse of the Black Pearl, because his grip is such that he might lose his grip on the blade if he gets hit the right way from Jack Sparrow.

While Orlando Bloom’s grip might be a problem, there are other elements of the fight that Rawlings does compliment. The distance that the two combatants keep from each other is generally appropriate and good strategy. He also says that the way the fight stars, with Jack Sparrow sliding his sword along the blade of Will Turner’s sword, looks like Verdadera Destreza, a Spanish fencing system. It’s maybe not the best example of it, but it’s there.

The only other complaint lodged against this fight scene is the moment when Will Turner throws his sword in order to stick it into the wall to keep Jack Sparrow from leaving. Rawlings says the move is fine on its own, but due to the way the sword is weighted, Sparrow should have had a much easier time pulling it out.

Perhaps future Pirates of the Caribbean films will take this criticism to heart. As far as we know Disney still plans to continue the Pirates franchise. There are actually multiple projects in the work, including one that will star Margot Robbie. Perhaps she will learn to hold her sword right.