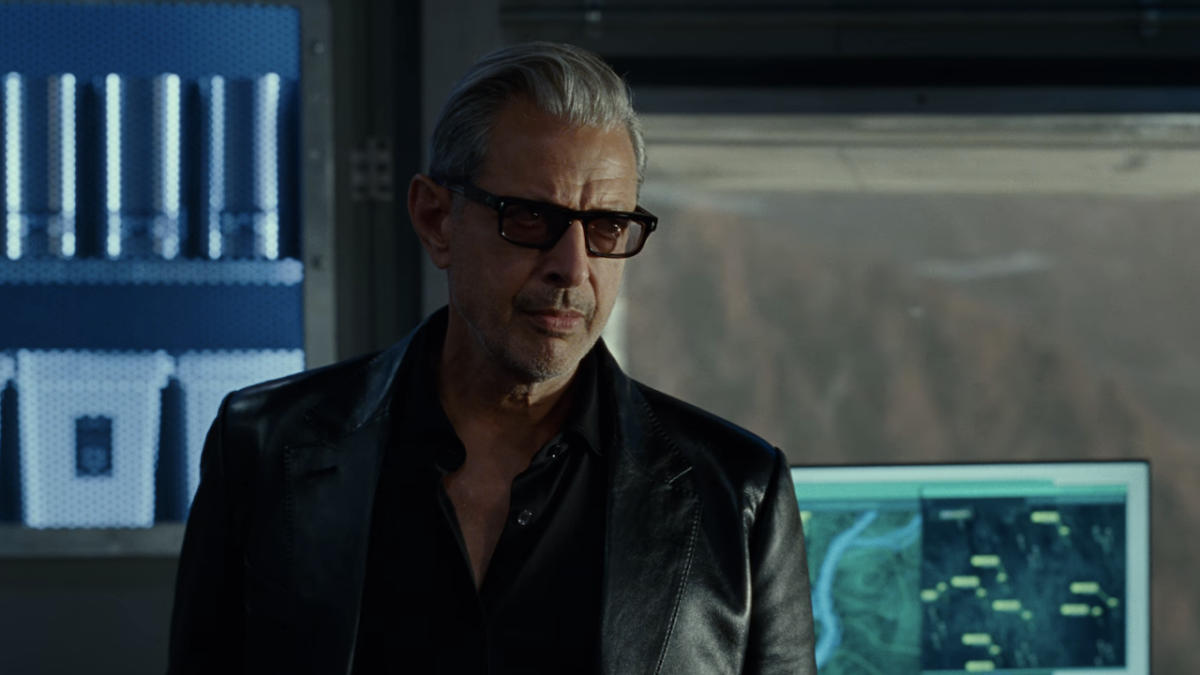 Jeff Goldblum and his fellow Jurassic World Dominion cast members have been having an absolute blast while promoting the film, and I personally can’t get enough of it. The Jurassic World sequel was a box office success and has firmly solidified itself as one of the biggest movies of the year. Much of this can arguably be attributed to  the fact that Sam Neill, Laura Dern, and Goldblum reprised their roles from the original 1993 film, Jurassic Park. Though the film came out nearly 30 years ago, Goldblum has proved that he can snap right back into his Dr. Ian Malcolm role and did so in humorous fashion during a trivia game.

Jeff Goldblum, along with co-stars Chris Pratt, Bryce Dallas Howard, and DeWanda Wise played the Jurassic Park trivia game during a segment for BuzzFeed. During the game, they tested each other’s knowledge of Steven Spielberg’s classic film. They were obviously all rockstars and did fantastic on the quiz, but Goldblum in particular seemed to emulate his character. While correctly remembering that Dr. Ian Malcom specialized in “chaos theory,” the actor quipped:

His co-stars were quite tickled by his quick response, especially Bryce Dallas Howard, who couldn’t help but crack up at the clever pun. You have to love seeing such an iconic actor back in his element. The original Jurassic Park cast seemed excited to be welcomed back to the iconic franchise, and their nostalgia is infectious. Jeff Goldblum previously said that he found his reunion with Laura Dern and Sam Neill  ”exciting.”

Many fans seemed to love seeing their favorite scientists back on screen and once trying to save the world from the consequences of the ill-advised dinosaur theme park. The Jurassic World cast especially loved spending time with their predecessors, who did a great job entertaining everyone during what ended up being a long pandemic-influenced production. I’m so glad this cast used a difficult shoot as an opportunity to bond over such a unique, shared experience.

Jurassic World Dominion was meant to serve as the conclusion to this era of the franchise, so it may be a while before we see any further installments in the dino-centric series. However, this franchise has been rebooted before, so you never know what could happen. Director Colin Trevorrow intentionally kept the original trio alive in the finale, so it certainly leaves the door open for the OG cast to appear once more. It’s like Jeff Goldblum’s Ian Malcolm says, “Life, uh… finds a way.”

Fans can check out the extended edition of Jurassic World Dominion using a Peacock Premium subscription now. Also, take a look at CinemaBlend’s schedule of 2022 movie releases for information on other flicks that are headed your way this year.