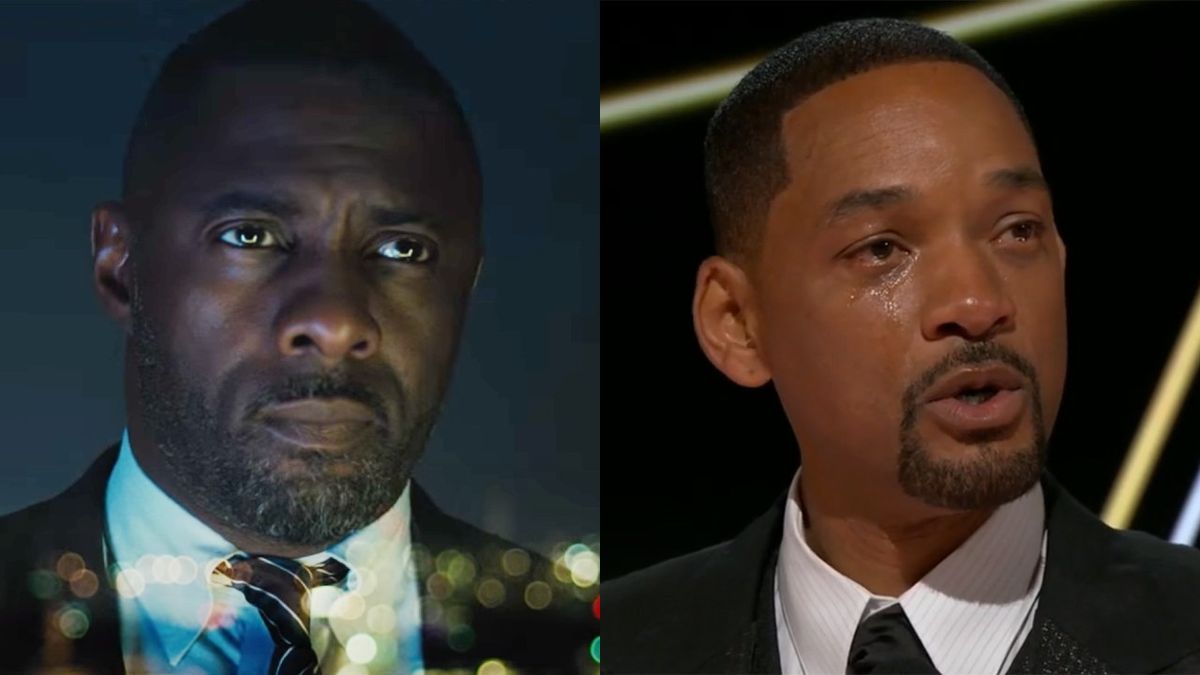 Many were definitely surprised when Will Smith slapped Chris Rock on stage at the Oscars a few months ago. Aside from Rock himself, one person who was arguably most surprised by the incident was Will Packer, who produced the awards telecast this year. The Hollywood vet hasn’t shied away from talking about the incident, though, and what was going on off camera when it happened. More recently, Packer shared the thoughtful message that Idris Elba sent him after the slap occurred.

Will Packer and Idris Elba have been working together for some time now, collaborating on notable films like 2007’s This Christmas and 2010’s Takers. The two have now reteamed for Universal Pictures’ survival thriller Beast and are currently doing press. The friends/colleagues made a stop at The Breakfast Club during the tour, during which Packer was asked if he’d consider producing the Academy Awards again. The producer quickly shot down the notion, given how much work went into making it happen. While things didn’t quite pan out the way Packer and his team anticipated, he did seem to take comfort in the encouraging message Elba sent his way:

Regardless of whether an A-lister walks up on stage and slaps another star, producing the Oscars is no easy task. There are a lot of moving pieces, and all must work in harmony for the show to be a success. Of course, unexpected variables can come into play, such as the aforementioned slap. Idris Elba, during the same interview, still had nothing but praise for his longtime collaborator, though. The actor went on to say that he appreciated how the producer “reformatted the intimacy of the Oscars.” So it seems that Elba is indeed a man who doesn’t mind dishing out compliments.

Days after the ceremony, Will Packer spoke about what was going on behind the scenes at the Academy Awards. He explained that there was a conversation between him, Chris Rock and the LAPD about the possibility of charging Will Smith with “battery.” Apparently, Rock was so “dismissive” about pressing charges that Packer had to ask him to let the authorities finish speaking. Packer also received backlash after the event for tweeting a joke about the show, which many deemed inappropriate. He later responded to the remark, saying that “Black people have a defiant spirit of laughter when it comes to dealing with pain because there has been so much of it.”

Will Smith broke his silence on the slap a few weeks ago and formally apologized to Chris Rock while also acknowledging the “irreparable” damage to his relationship with Tony Rock. In the aftermath of the apology, Will Packer sent a message to Smith in which he lauded the actor for being “so transparent” and wished him the best.

While the Girls Trip producer may not be keen on tackling the Oscars again, he can definitely say that his single experience is one that neither he (nor anyone else) will ever forget. It’s likely that there will be those who criticize his handling of the situation. But on the other side of that equation, there will surely be those like Idris Elba, who give him props for the show as a whole.

Amid the continued debate, Beast is set to hit theaters on August 19th as part of the schedule of 2022 movie releases.

Metropolitan Police confirms supplying or wearing a chest binder is not child abuse
Leva Bonaparte explains why she re-followed Madison LeCroy after feud
Heather Gay: Whitney Rose and Lisa Barlow’s new friendship is ‘very strange’
Bella Hadid Gets Dress Sprayed on Her Nude Body At Paris Fashion Week
Why the Family of One of Jeffrey Dahmer’s Victims Is Calling Netflix Series “Harsh and Careless”