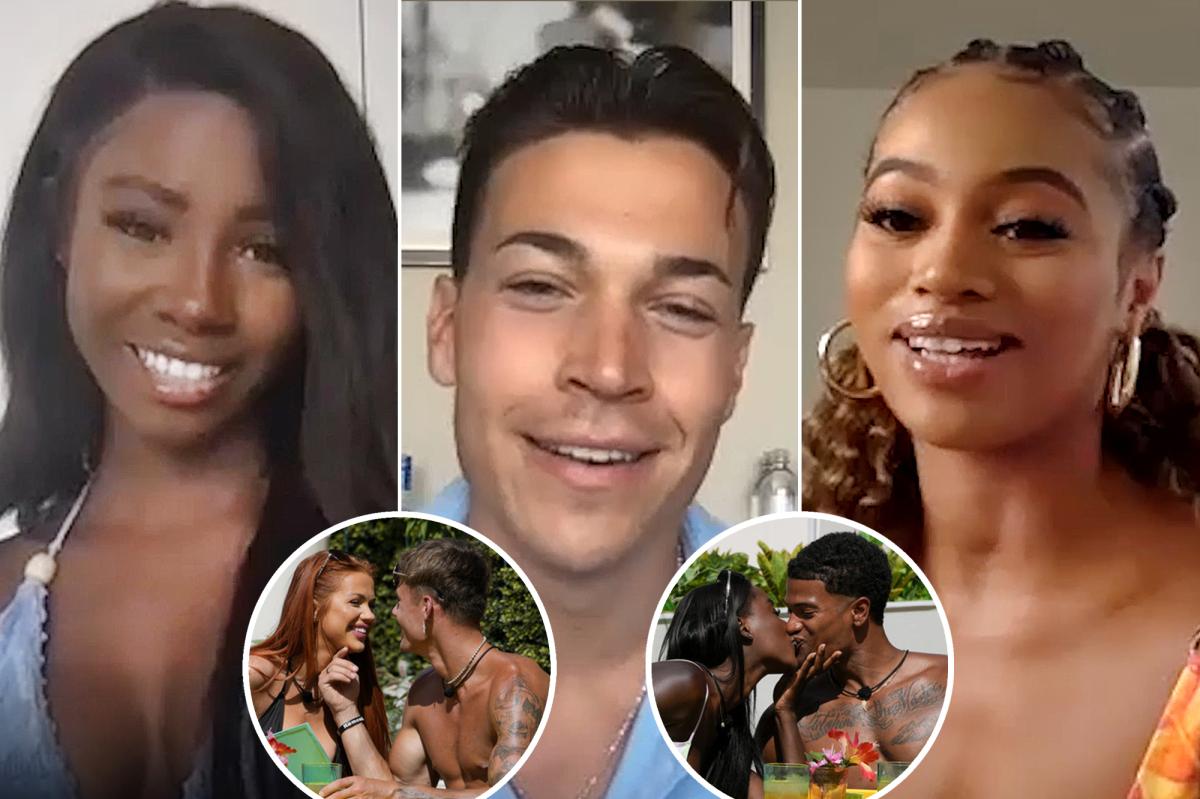 The Islanders are placing their bets!

Voyen is confident that frontrunners Timmy Pandolfi and Zeta Morrison will score the title of “America’s Favorite Couple” and the coveted $100,000 prize.

“I’m going to be a betting man. Timmy and Zeta are going to win. They had their little hiccup,” the handsome real estate agent says, acknowledging Pandolfi’s entanglement with Bria Bryant and Morrison’s brief fling with Jeff Christian.

“But they were so strong since day one and right when I was leaving, they started to rekindle their relationship,” continues Voyen. “And I know who they are and the relationship that they had. I think that’s ultimately going to take them to the end.”

Pandolfi and Morrison hit a snag once Bria and her brother, Chazz Bryant, entered the villa. When Morrison caught wind that her man turned his head for Bria, she vowed to “start drama” — and then made good on her promise.

In a tense recoupling ceremony that called for the sibling duo to choose partners for each other, Morrison was snatched away from Pandolfi — who was handpicked by Chazz to couple up with Bria.

Morrison gave it a go with Christian during the split and Pandolfi did his best to explore a relationship with Bria. But the lovebirds eventually found their way back to each other and have been flying high ever since.

However, Bria wonders if Pandolfi might be distracted — again — by the six new women who just recently infiltrated the infamous Casa Amor.

“For the sake of Zeta, I’m really hoping Timmy does her well this time. I really do. I’m really just rooting for happiness in the villa,” says the stunning fashion influencer.

“I really want people to find their love matches, so I’m hoping he doesn’t turn his head. But I don’t know for sure. We’ll have to see.”

Springs, for her part, is staunchly #TeamZimmy.

“I love my girl Zeta!” she says of her villa bestie. “Zeta and Timmy, I hope they take the crown.”

The bubbly bartender elaborates, “They are a great representation of going through struggle, touching bases on other things, making sure that you try other options to come back … and keeping it respectful.”

Another contending couple to take the crown is Isaiah Campbell and Sydney Paight — who have also powered through a series of ups and downs, theirs notably drenched in a cocktail of passion and jealousy.

After overcoming Voyen’s short-lived interest in Paight, Campbell is now facing temptation from newcomer Nadjha Day and the hot bombshells of Casa Amor.

“We love a toxic love story!” Springs explains with a laugh. “I don’t really know if I could endure in that, but that’s what happens when you put .. a redhead and a guy with a dangly earring [together], it’s screaming toxic.”

She adds, “But that’s the thing, they love having that, going back and forth … It’s sexy to them. They’re like, ‘Oh yes, baby!’”

Meanwhile, Voyen is worried for Campbell and Paight.

“I’m more curious about Isaiah and Sydney right now. I do feel like he might venture out and look at other possibilities, which might end up hurting Sydney and Isaiah’s relationship a little bit,” he says. “We’re going to find out. I’m not exactly sure. But I got Timmy and Zeta as top dogs right now.”