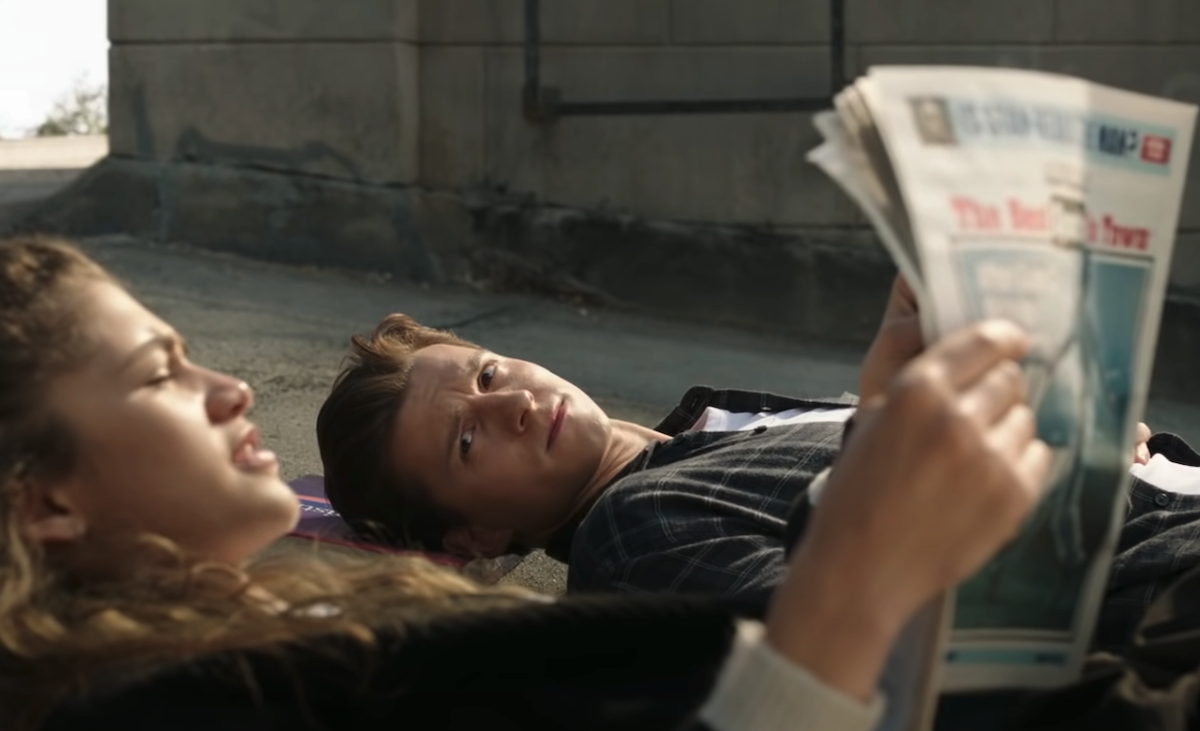 Tom Holland and Zendaya are officially the sweetest Hollywood couple, and we have further proof of that. Thanks to some keen-eyed fans, it looks like the Spider-Man actor ventured from New York to Budapest on a commercial flight to spend time with his MJ this week while she films Dune: Part Two, which started shooting last month. And with that, don’t expect the private jet controversy to hit Holland.

Recently, celebrities like Taylor Swift and Kylie Jenner have received backlash for their private plane use and its effect on the environment. It was reported that Swift’s private plane use is the worst of them all, as a report shared that her own jets shed 8,293 metric tons of flight emissions in 2022 alone. But Tom Holland? One now-deleted TikTok logged the actor having a blast flying commercial and knitting next to a stranger who documented his whereabouts.

With an apt Taylor Swift track in the background, a TikToker showcased a photo of Tom Holland enjoying himself on a commercial flight, knitting mid-air, which was taken by the friend of the user’s mother. In the comments, the user shared that the photo was taken just a few days ago. That matches up with a viral video that went around Twitter of Holland and Zendaya hanging out in Budapest in between the actress’ work on the next Dune movie this week as well.

Tom Holland has been filming a series for Apple TV+ called The Crowded Room in New York City alongside Emmy Rossum, Amanda Seyfried and Jason Isaacs, But as the couple work in separate continents, Holland found a way to reunite with Zendaya, and without joining the private jet controversy.

What’s even sweeter is the fact that now we know that Tom Holland has taken up Zendaya’s set hobby of knitting. Previously, the actress has spoken about knitting whilst waiting to get in front of the camera on Spider-Man: No Way Home alongside Holland and the other Spideys, but how cute is it they both knit now?

Of course Tom Holland and Zendaya have known each other since they were both cast in the MCU more than half a decade ago. It seems like the pair started off as co-stars and friends, but over the years that transitioned to dating (despite Spider-Man producer Amy Pascal warning the actors against it). Since the paparazzi confirmed the rumors of their relationship last summer, the pair have been a bit more public, sharing cute photos together on social media once in a while.

It can’t be easy for the couple to go long distance after working on the same sets for multiple Spider-Man movies, but it’s clear they’re making it work in creative ways. Zendaya’s return to Dune will be among upcoming 2023 movies, with the sci-fi sequel set to hit theaters on November 17, 2023.