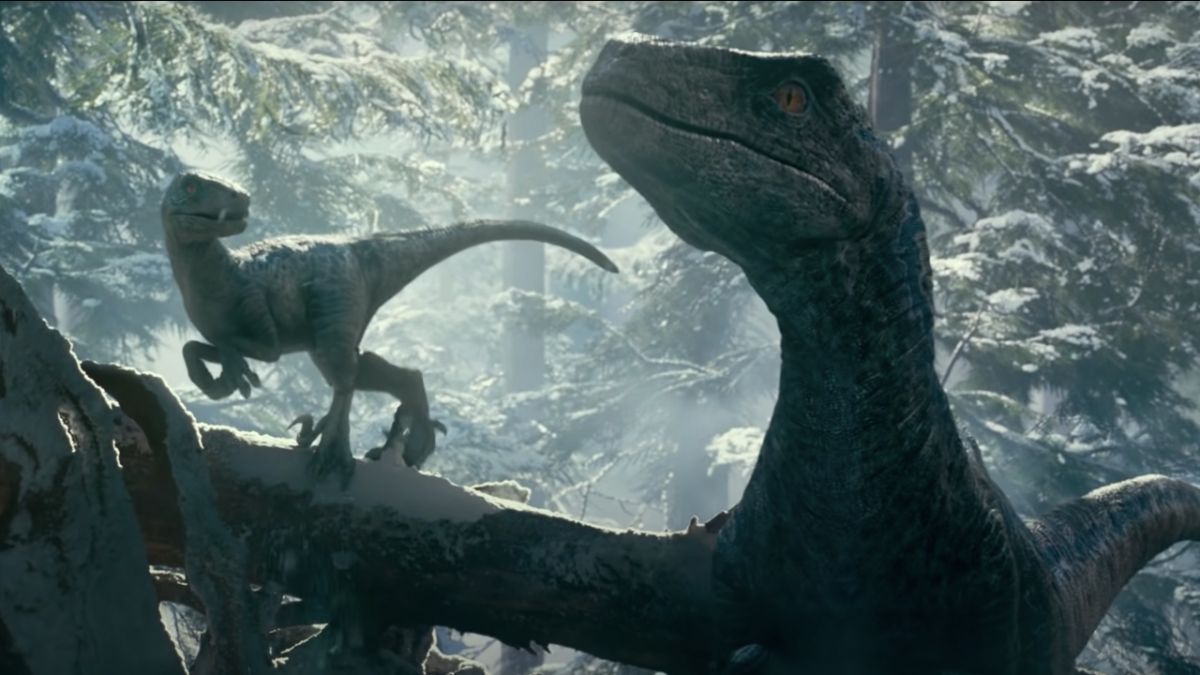 In its current iteration, the Jurassic franchise is officially complete. As Jurassic World Dominion’s ending caps off Colin Trevorrow’s trilogy, the 2022 movie release found a way to mix legacy characters with new and beloved faces. If you thought that was the end of the ride, hold onto your butt; as Dominion’s home video release has quite a bit to offer home video collectors, and it’s coming sooner than you’d think.

What Fans Can Expect From Jurassic World Dominion’s Extended Cut

Universal Pictures Home Entertainment has officially announced that Jurassic World 3’s physical media release will now take place on August 16th. Completing the collections of a lot of dinosaur fans, part of the entire package is the extended cut promised by co-writer/director Colin Trevorrow. Here’s the official description of what to expect from the extended version of Jurassic World Dominion:

Part of that 14 minutes includes “The Prologue” being reinstated into the film’s narrative. A scene so near and dear that it pained Trevorrow to cut it, Jurassic World Dominion will now have a version including its original opening. While the rest of the cut material included in this cut of the blockbuster hit doesn’t alter the movie drastically, those 14 minutes do add moments that allow certain characters and plotlines to breathe better. Even more exciting is the fact that the Jurassic World threequel has some impressive bonus features to add to the package.

In a move that feels totally old school Jurassic World Dominion has a run of bonus features that should satisfy some specific cravings of franchise fans. For starters, those of you who enjoyed the short film Battle at Big Rock will finally have that terrifying family adventure to call your own. If you really want to get the full Dominion experience, it’s suggested you watch that before either version of the film.

Also, there’s a collection of featurettes that run together as a longer piece named Dinosaurs Among Us: Inside Jurassic World Dominion. Digging into the nuts and bolts of how this last Jurassic World story came together, the spotlight is shone on everything from Dominion’s extensive practical effects work to some of the moving parts in other, more specific scenes of dino peril.

That includes what just might be Jurassic World Dominion’s crowning achievement: the underground dinosaur market/raptor chase in Malta. Thanks to Universal Pictures Home Entertainment, we actually have an exclusive clip from the segment “Mayhem in Malta,” which shows how Colin Trevorrow and his team made it look like Chris Pratt was outrunning Atrociraptors in that European city. Take a look at that video below:

As Colin Trevorrow’s production plans had to change, a hybrid model was used that filmed both with a smaller crew in Malta, as well as some good old movie magic. Utilizing Pinewood Studios and its massive soundstages, Jurassic World Dominion got to nail down the intended spectacle, while also playing to the safety concerns coming out of the COVID-19 pandemic.

You can currently pre-order Jurassic World Dominion (opens in new tab) on 4K UHD, Blu-ray, and DVD; as well as purchase or rent the film in its current digital release. There’s also a slew of special offers, like an exclusive Steelbook and the Jurassic World Ultimate Collection, which gives fans a chance to own all six films based on Michael Crichton’s Jurassic universe in one convenient package.

Last, but not least, fans of this franchise will want to keep a close eye on CinemaBlend, as we’ll be covering a very special home video junket in Malta. With members of the Jurassic World Dominion cast and crew on hand to help go even further into the movie’s secrets, there’s no telling what’s going to be discussed in the week to come.