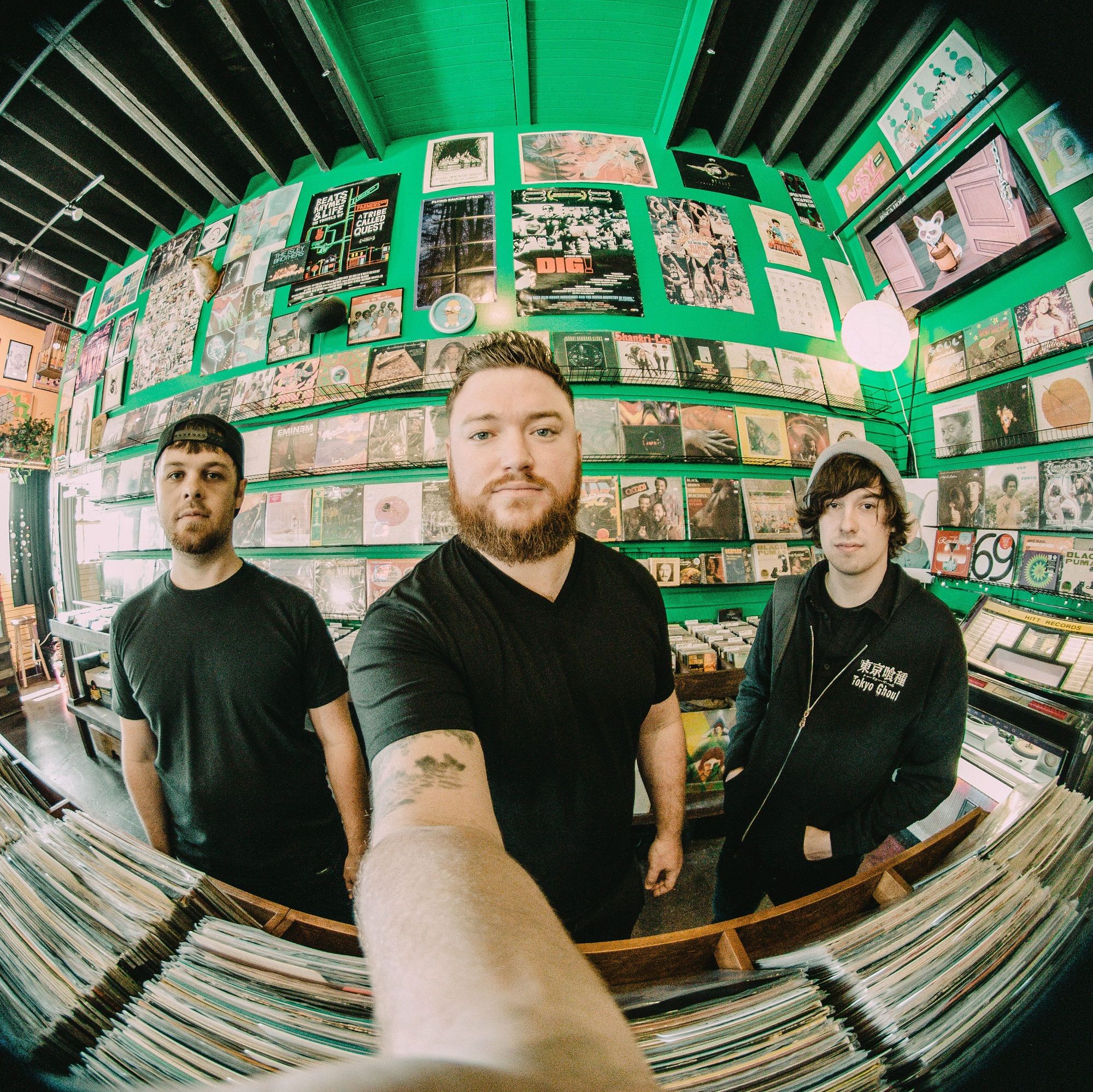 It’s great to know bands such as Dark Below are still out there flying the rock guitar flag. This isn’t any retro-minded band, however, looking to cash-in on audience nostalgia. Dark Below sees and uses melodic alternative hard rock as a pummeling and emotional vehicle for sharing their life with listeners. This isn’t guitar rock written and played at a remove from listeners. Vocalist and guitarist Josh Campbell communicate through his voice and six-string with the urgency of a man compelled to share his experiences with listeners with unabashed vulnerability. Placing it in such a hard-hitting musical context only ratchets up the drama.

It doesn’t land on your like melodrama. The band’s new single “Tense” delves into the reality of living with hypochondria with pointed and dramatic language, but Campbell’s singing makes this affliction sound like a question of life and death. Rock music did this on a regular basis once, taking on improbable topics, and pulling listeners into the heat and fury of lives on the line. Dark Below’s music, lyrics, and singing understand this in a way few younger rock adherents do and never rely on predictable tropes to hook listeners into the song.

Any commercial appeal in this song has never come at the expense of its message or tone. Writing about a subject such as hypochondria poses challenges, without a doubt, but Josh Campbell, bass player Josh Grove, and drummer Quin Koldan are up to the task. A key decision in getting this song over with listeners is coupling the unusual topic with melody. Make no mistake, any presence of melody in the song doesn’t sacrifice its rugged qualities, but it certainly makes the subject easier to make your way through.

Campbell’s interpretive powers are essential as well. He has a voice that sounds like it graduated from Alternative Rock 101 because his grasp on fundamentals is so complete. There’s a definite spark of something more, however, incandescent magic that establishes a mainline between Campbell’s singing and inner-most self. It gives the vocals quite a jolt and practically compels you to listen.

There’s no mindless guitar pyrotechnics in this song. Everything here serves a definite purpose and sounds like the work of a band far older. This is reflected in the way the track hangs together, not its energy level, as Campbell and the band’s other two members are focused on delivering the most physically intense experience possible. They are a powerhouse crew and one of the best modern bands today.

There’s more to come. “Tense” is just a start. It’s the first warning shot for listeners unprepared for a full-length album from Dark Below. The two Joshes and drummer Quin Koldan aren’t treating this music as some sort of sideline; six years of live dates supporting acts as diverse as Pop Evil and Bush, among others, helped them pay their dues and shows they mean business. It’s not hard to peg this Missouri trio as a force in rock for years to come and the genre’s better for their presence.