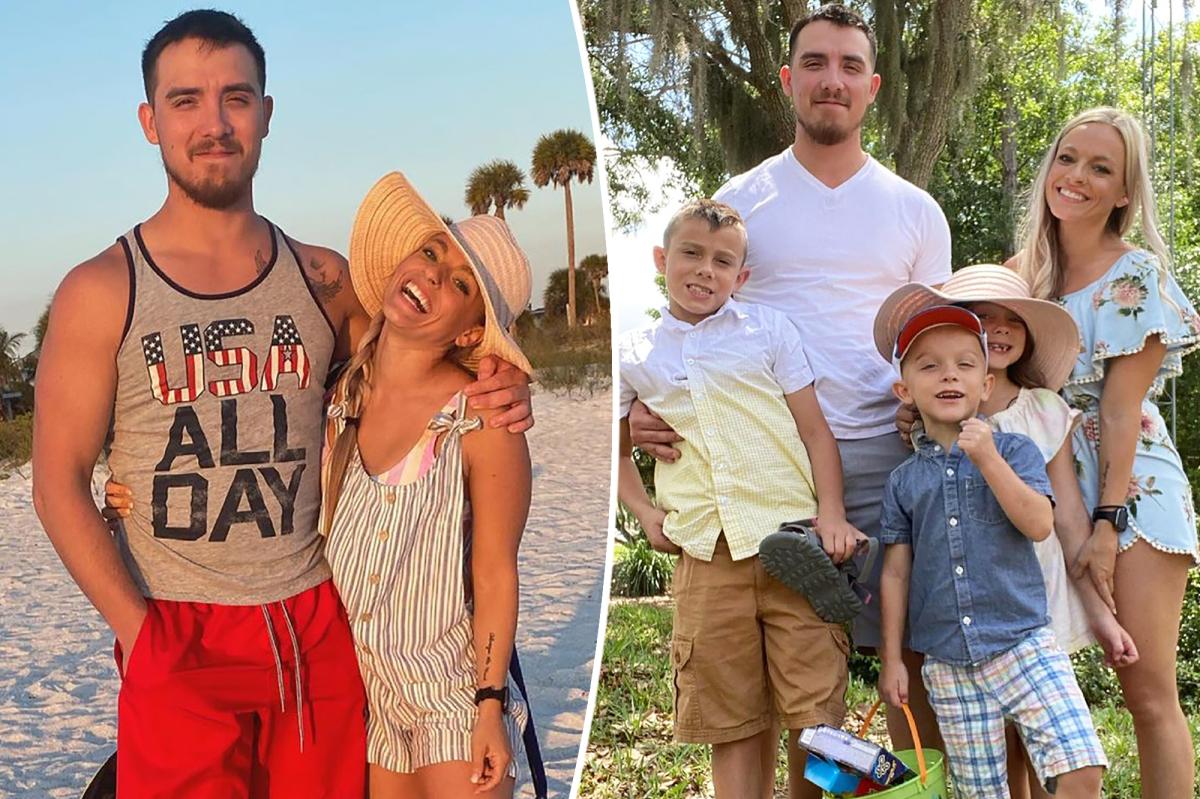 “Teen Mom OG” star Mackenzie McKee confirmed that she and her husband, Josh McKee, have broken up after nearly nine years of marriage.

“With all the messages I’m receiving and articles coming out, i wanted you guys to hear what’s going on from me alone,” Mackenzie, 27, captioned two photos of her and Josh, 29, on Instagram Tuesday.

“Somtirmes [sic] things work and sometimes, no matter how hard you fight, it just doesn’t work out. I am breaking my silence about Josh and I being done. I will always respect him as the father of my children but it’s time for me to find my happy 🙏.”

The reality star also spoke to Celebuzz and said she was “stepping into an entire new life and new me.”

Mackenzie, who recognized that their “entire life played out in the spotlight,” explained that she was “thankful” for her 12-year relationship with Josh but decided it was time to move on.

“Josh and I are both still young with an entire life ahead of us,” the former cheerleader said. “And I wish nothing but peace and happiness for him and his future. Everyone has their own story, and this is mine.”

The MTV personality — who shares sons Gannon, 10, and Broncs, 5, and daughter Jaxie, 8, with her now-estranged husband — refused to explain the details behind their breakup but did note that she was the one who decided to leave.

“Us women do not leave until we are ready, until we can wake up, notice the coffee don’t smell right and something is off. That was my marriage,” she shared. “But my marriage is all I’ve ever known since I was a young teenager.

“I wasn’t sad, I wasn’t sad about anything, I wasn’t angry, I wasn’t depressed. I gained my power back as a female who finally knows her self-worth. And I was finally so exhausted that I was done, and anything that has hurt me these past five years was gone. I no longer care.”

Despite her decision to become a “single mom,” Mackenzie insisted she does not regret her choice to end her marriage.

Mackenzie and Josh — who started dating when they were both in high school and married in August 2013 — certainly had many ups and downs in their relationship.

The couple separated in August 2019 after Mackenzie claimed that Josh had cheated while she mourned her mom, who died of cancer in December of that year.

Mackenzie, who described their marriage as an open one, then admitted that she had carried on an affair of her own for over six months.

The two decided to give their relationship a second shot soon after.

Author Salman Rushdie on Ventilator and Will Likely Lose an Eye After Onstage Stabbing
George R.R. Martin Would You Like You To Stop Speculating About His Death
Get $113 Worth of Hair Products for $38: Living Proof, Oribe, R+Co, Slip, dpHUE, Briogeo, and More
Luis Ruelas Denies That He And Teresa Giudice Sent Joe Gorga And Melissa Gorga A Bill For Skipping Out On Their Wedding
Kanye West Debuts New Matching Tattoo With Lil Uzi Vert and Steve Lacy